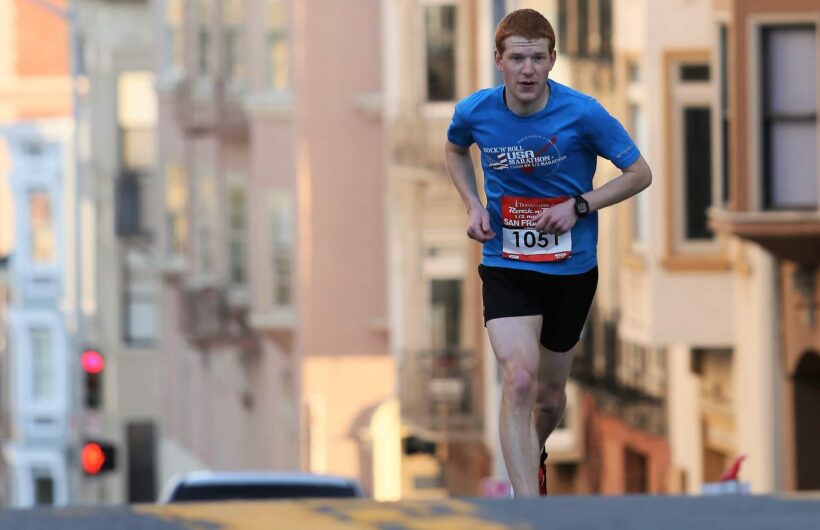 In this installment of MarketSmiths’ Badvertising we examine not only an ad that was in bad taste and truly horrifying, but also the company’s weirdly inconsistent reaction to the public outcry. As usual, DO NOT TRY THIS AT HOME!

Any time the global marketing director of a major company releases a statement that reads, roughly: “Our approach was humorous, and some people didn’t see it that way. There were clearly some people offended by it,” you can bet that 1) something bad just went down and 2) someone isn’t really feeling all that willing to hug it out.

In the fall of 2013, Pearl Izumi, makers of high-end cycling and jogging shoes, published an ad in a Canadian fitness magazine that showed a runner decked-out in Pearl Izumi and performing CPR on a prostrate (and presumed dead) dog. Underneath were the words, “RUN LONGER,” implying that its shoes had enabled the man to run so far, and so fast, that his poor dog companion died of heart failure simply trying to keep up. Hilarious, huh? Makes you wanna buy some expensive Japanese running shoes, right?

Not surprisingly, the ad inevitably went viral on social media and the people howled in protest. That was when Geoff Shaffer, global marketing director at Pearl Izumi, made his strange (and somewhat testy) statement about how the ad was meant to be funny, and how humor was subjective—all of which was not only beside the point but in direct contrast to the company’s official apology. So, the ad was pulled—but the complaints continued. PETA called for a make-up ad, one that championed animal rights, others suggested that Izumi donate to dog shelters or rescue groups. Good and simple fixes, no?

No. While Pearl Izumi did make a token donation to the Humane Society—Geoff Shaffer made it clear to the press that that was it; that the company refused to do any more: “Most of us in the office have dogs, we run with our dogs and we were surprised by the reaction to the ad,” Shaffer said (no doubt while rolling his eyes at everyone’s obtuseness).

Whew… There are a couple of take-aways here for the savvy copymaster. The line between edgy, attention-getting humor and offensive humor is always blurry and, while it’s that true humor is subjective, it’s probably smarter if marketers stayed away from jokes about killing beloved household pets. Also, if a company is ever forced to issue an apology for offending a group of people, it’s a good idea to make certain that the message stays clear, consistent and contrite and doesn’t become watered-down with all sorts of snide, irrelevant personal observations about people “not getting the joke.” Frankly, that’s barking up the wrong tree.