The CEO of LifeLock took out an ad featuring his own social security number to prove how effective his company is at protecting its customers’ identities. His identity was stolen. Here’s how a gimmick can go wrong. 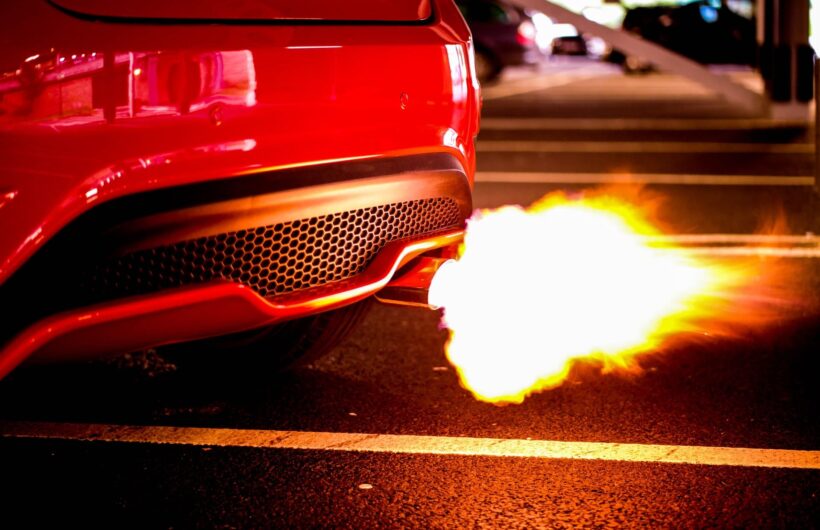 In this installment of MarketSmiths’ Badvertising we ask the question: “Are you $@#& insane, posting your personal info for all to see?!” As usual, DO NOT TRY THIS AT HOME!

Here’s an idea: if you don’t want your identity stolen, then don’t put out a public dare by broadcasting your social security number. Todd Davis, CEO of LifeLock personal security, did just this in 2006—on purpose—to prove the effectiveness of his company’s services. “I’m absolutely confident LifeLock is protecting my good name and personal information, just like it will yours,” Davis said. Sounds terrific. 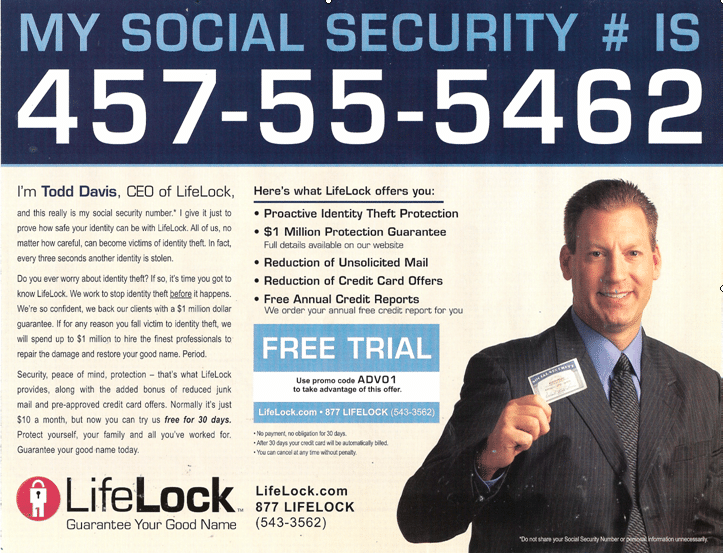 Shortly after the ads ran, a Texas man took out a $500 loan in Davis’ name. The unpaid account went to a collection agency—at which point Davis learned of the loan for the first time. Then, a Georgia man opened an AT&T wireless account in Davis’ name, racking up $2,390 in debt. When all was said and done, Davis had his identity claimed thirteen times. You can’t call it theft, can you? Instead, let’s say his identity got accosted, dumped in a battered old trunk, driven to a back alley in northern NJ, pistol-whipped, and barely saved from mafia-style execution.

Robert Maynard, Jr., LifeLock’s co-founder, said the inspiration for LifeLock hit after a week in a Nevada jail. Maynard said he’d been falsely accused of crimes due to a stolen identity. In truth, his arrest marked the failure to pay back a legitimate $16,000 gambling marker at the Mirage casino (later, he blamed it all on psychotropic drugs). Back in the 1990s, Maynard had been banned from the credit-repair industry for life, and his own father had accused him of—you guessed it—identity theft.

When LifeLock began in 2005, Maynard and Davis misrepresented the facts about Maynard’s jail stint. As a gimmick, the pair began giving out their Social Security numbers to the press, then Davis went further: He put his nine-digit number on a flatbed truck and drove around the country, claiming that LifeLock made his personal data “useless to criminals.” The ads emphasized their guarantee: that LifeLock would “cover all losses and expenses up to $1 million.”

The guarantee didn’t hold water. In May 2008, lawyers in New Jersey filed the first of many class-action lawsuits against LifeLock. The FTC got involved, saying: “While LifeLock promised consumers complete protection against all types of identity theft, in truth, the protection it actually provided left enough holes that you could drive a truck through it.” A flatbed truck, no doubt.

Eventually, LifeLock was ordered to pay $1 million to the states and $11 million to the feds, to be used for customer refunds and consumer education (the actual settlement was for $35 million, but the FTC agreed to take just what LifeLock had in the bank at the time). While Davis went on the defensive, Maynard resigned in disgrace.

If there is a marketing message take away, it is this: as absurd as Davis’ stunt was, it did prove the Essential Law #3 of the 8 Absolute, Essential Laws of Marketing:

Make a statement with your Grand POOBA (Promise Of an Obvious Benefit, Always). A bold message that speaks directly to your clients.

LifeLock’s could have been: we guarantee your security, your good name, or you get $1 million, guaranteed. In the end, out of a total of 87 people who tried stealing Davis’ identity, only one succeeded in turning it into cash, and that was because the lender didn’t bother to check the man’s identity, or use one of the big three credit bureaus to run a credit report. “The fact that 86 others failed is proof that LifeLock works,” Davis boasted.

His beleaguered former partner, Robert Maynard, Jr., recently embarked on a new project: iValidate, “the world’s first personal credit bureau” (sure, what could go wrong with that?), which pretty much nullifies Essential Law #5: Give Your Customers a Reason to Believe You.

Badvertising: Smoke on the Water

5 Reasons to Hire a Ninja Copywriter

You Might As Well Not Write It (Or: What Can A Great Blog Do?)

Your Guide to Crafting the Perfect Influencer Marketing Copy