The extensive race horse naming rules are a testament to how great creativity can emerge from restrictions. Here’s why writers should embrace brevity, rather than lament it. 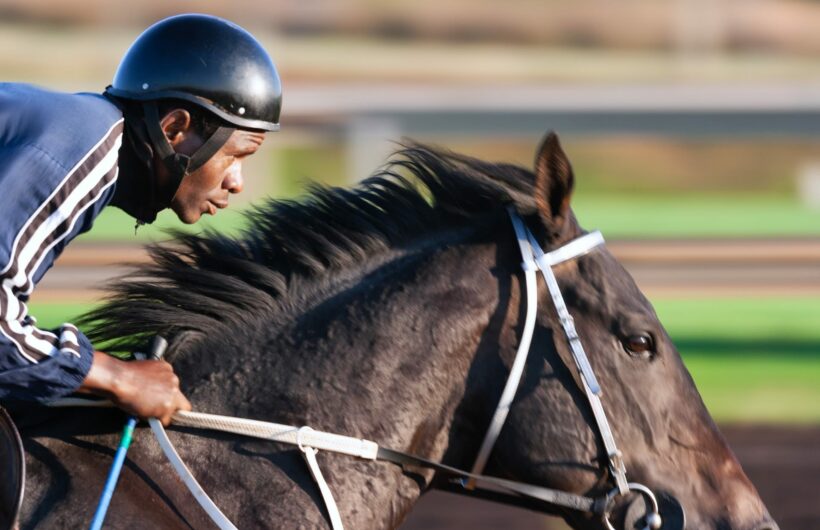 I moved to San Francisco a few weeks ago. Last Sunday, while exploring my new locale, I found myself at Golden Gate Fields betting on horses. Drawn by sunshine and $1 hotdogs, I stuck around for the horses—and their names.

Elaine’s Tenacity. Unkept Rendez Vous. My Boy Butch. Where’s Pepper. Each was as delightful as the last: funny, yet oddly evocative. Do these horses have copywriters?

Not writers, but rules. A name must be less than 18 characters; it can’t include initials; it can’t end in “filly,” “colt,” “stud,” “mare,” “stallion,” or any other horse-related word; it can’t include a numerical designation, like “the 2nd;” and if your horse is named after a person, you need written permission on file with the Jockey Club. The list goes on.

“You don’t want to bet on the wrong horse or, perhaps even worse, buy the wrong horse. Our interest here is the integrity of the stud book,” says Jockey Club Registrar Rick Bailey. The unintended consequence is creativity, charm, even poetics.

Working Within (And Around) Limitations

Like many budding writers, I once thought that creativity was total freedom. I gradually learned otherwise. Limits force writers to find unconventional ways around them—often with unexpected results.

In college, my English professor outlawed the passive voice. The unpopular ban fueled great essays and forced me to discover new ways of thinking critically. Form dictates content: if words are the gelatinous liquid of our thoughts, form molds them into new and inspired works.

Writing Short, From Tweets to Copy

For copywriters, brevity is our greatest ally. Whether it’s the 140 characters of a tweet or the 100 words of a product description, short copy provides an opportunity to do more with less.

In his book, How to Write Short: Word Craft for Fast Times, writer and scholar Roy Peter Clark says that to write short, a writer must approach a tweet, email or post with the same care that they would a manuscript. In an interview with Time Magazine, he emphasized revision and richness:

There is actually less discipline [in digital writing] than there could be or there should be. The metric on Twitter that limits your characters, that’s a fantastic writing tool. Sometimes when I’m writing my first draft of a tweet, I’m exceeding the limit twice. But I always manage, with the discipline of that counter, to say what I want to say.”

For Clark, writing short means distilling an idea without reducing its potency. That’s something we value at MarketSmiths, too. Like these Twitter poems by famous writers, short writing is excellent because of its brevity, not in spite of it.

Such brevity is rare, and arresting in its creativity. Anyone can wax poetic on a blog or self-publish a book. For truly unpredictable results, embrace limits given, and enforce a few of your own. Nail a headline in three words. Communicate nuanced value in eight. Revise, revise, revise. You’ll be surprised by how much you can say.

3 Things These Copywriters Learned from Being Mistaken for Copyright Lawyers (Repeatedly!)