Stay on top of your game—even when it seems like you can't lose. Here's why copywriters should pay attention to the American team's World Cup upset. 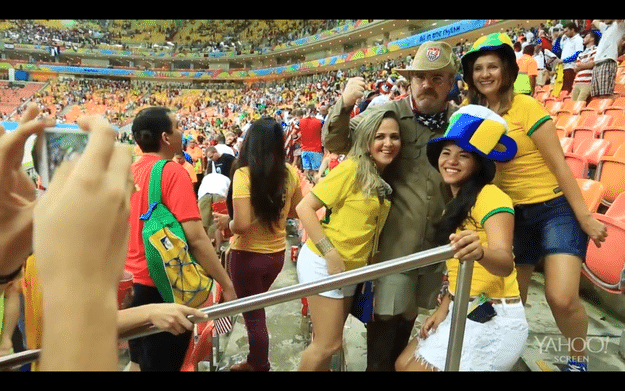 Five minutes into last Sunday’s game, the United States’ collective heart wrenched. Portugal scored early in the crucial World Cup game, a move that threatened to dash America’s growing love affair with the sport. (The game attracted 25 million viewers, the most ever for a soccer game and far more than the NBA Finals, the MLB World Series, and the NHL Stanley Cup.)

Halftime came and went: still 1-0, still sadness. But then something amazing happened: in the 64th minute, we scored—all tied up! Just fifteen minutes later, a funny-looking pelvic thrust put us in the lead!

As the final minutes clocked down, you could feel the waves of elation reverberating across the throngs of Americans at the game, at home, and at the myriad watching parties all across the country.

What a Devastating Soccer Draw Can Teach You About Effective Advertising

So, what’s the takeaway here? And why are we as professional copywriters talking about it? That game was painful, but there is a lesson to be learned: never let your guard down, even when it looks like you’ve got a sure thing.

This is as true in advertising as it is in sports. We recently covered the AIDA secret formula behind virtually every ad you’ve ever seen: Attention, Interest, Desire, Action.

Too many companies do a superb job grabbing their target’s attention, earning their interest, and kindling a burning desire, only to get overconfident and neglect to hammer it all home with a clear call-to-action (CTA).

In fact, 70% of small B2B businesses don’t have any CTA on their home page. That’s just begging your competition to sneak in and score a last minute goal.

On the flip side, a strong, compelling call to action might be all you need to snatch victory from the jaws of defeat, leaving your pre-emptively celebrating competition high and dry.

Stay tuned for an in-depth post on calls-to-action in the future. Until then, keep your fingers crossed for team USA and never forget this tried and true cliché: it ain’t over till it’s over.

The New Search: Ensuring Your Campaign Finds Its Audience