Composing music comes naturally to me. I write music for myself first—other people just happen to enjoy it, too.

I used to approach the written word the same way, but working at a NYC copywriting agency for months made me realize: when you’re crafting emails instead of melodies, your message might sound significantly different to your audience’s ears.

When you write for yourself first, you can’t expect anyone to care—you’ve got to transpose your notes into a key they’ll understand. This realization recently reached a crescendo when I was negotiating my pay for a major composing opportunity.

How to Answer an Opportunity

About a year ago, I got a great gig with an enormous Internet company, a household name. I composed music for a content marketing video that soon racked up millions of views.

My composing rate was begrudgingly low in the beginning—I was happy to be involved at all. When that video went viral, I knew that I’d have room to renegotiate a better rate for future projects.

A few months went by, and sure enough, the same company asked me for more music. While the newly proposed rate was higher, I still felt it was not what we were worth. Time to fire up the engines of persuasion—but how do I negotiate a higher rate in an email?

The Temptation to Write Selfishly

I was annoyed for accepting a low rate in the past; I had the urge to moan about it.

I would have loved to vent about my own difficulties: “This took forever and you paid me nothing for it. You also got tremendous value out of it. You owe me.”

I wanted to take up some grand vendetta against the system as a whole: “Artists are making a fraction of what you are, given the value we’re providing. You owe us (me).”

But then I sat down with a beer and got over myself.

Acting on any of the above was terrible form, because that would immediately antagonize them – who likes being accused of being stingy? The company would probably hate me.

Writing From Your Audience’s Perspective

I switched my focus: if I were reading an email in their position, what would make me feel like paying someone twice as much as I had originally proposed?

Well, first, I’d like to see the rate itself—without elaboration or explanation. I’d like to be confidently told that they would give me the same high quality work as they have in the past. I’d also like to be given a brief sketch of their workflow and timeline.

That isn’t much. Notice what isn’t included: the complaining, the justification, the detailing of the logistical hoops we’d have to jump through.

All that nonsense is a burden for them to listen to. From their perspective, all they want to hear is that “we’ve got you covered, you can trust us to deliver.”

So I reframed the discussion to emphasize on what I can do for you, rather than my doubled rate.

It can feel counter-intuitive to write like this, especially when we’re annoyed and want to be honest. But that’s what diaries are for.

Oh! The newer rate? We got it—in the same no-fuss, no-nonsense way we asked for it. Goes to show that when you shift perspective, you often get what you want.

Now to write the piece. Our copywriting agency can’t help with that, but for what it’s worth, I’ve realized that strategic copy is all about making music to your audience’s ears. 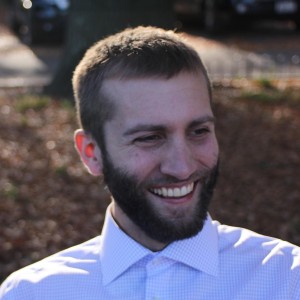 Encountering the silken voice of Brett Crudgington, you may find it hard to resist (an appointment). And so starts another MarketSmiths copywriting success story. Brett draws upon his natural gregariousness, creativity, and entrepreneurialism to bring our raw talents to the attention of enterprise companies and agencies worldwide. Outside of MarketSmiths, Brett is an accomplished jazz pianist (classically influenced). He both composes for companies like Hendrick’s Gin, and teaches an ongoing roster of private students. Brett’s soundtrack for this Purina Puppy Chow video for Buzzfeed has been seen by 4.1 million viewers.

Hearts as Well as Minds: the Essential Copywriting Strategy

Why Lush Cosmetics Is Quitting Instagram—And Whether You Should Too