Top tennis players use logos, social media, and merchandise to build their brands. Here’s what marketers can learn from these stars of the court. 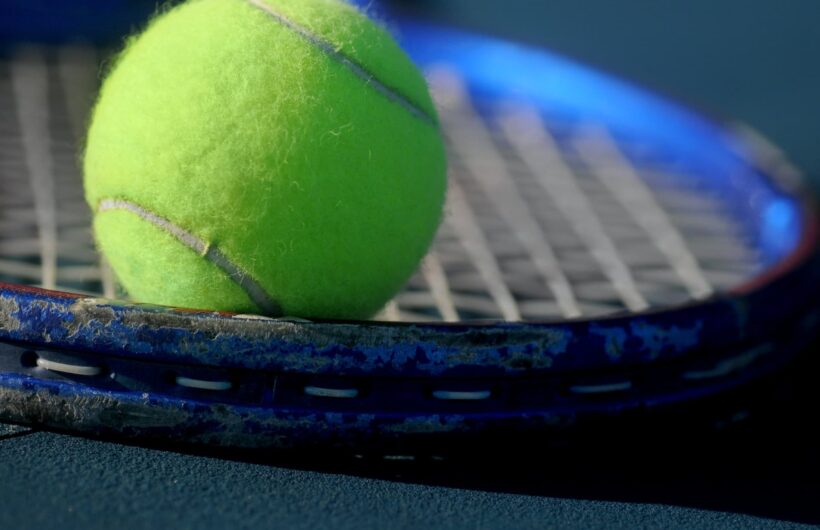 Grab your tablet and get in the Ready position, because today we’re tackling content with top-spin. What does pro tennis have in common with copywriting? Well, they’re both about sending strong messages that “gracefully” connect with consumers. And everywhere, grabby hands snatched up T-shirts and hats like children hunting for Wonka’s golden ticket.

Once the domain of pristine white uniforms, pro tennis, it seems, has gone logo-crazy. Ever since 2006, when Roger Federer strutted into Wimbledon with his initials stitched into a gold pocket crest, the grand old game has become an identity battleground. Without cities or teammates to unite them, these long-limbed warriors have launched image wars to distinguish themselves and recruit fans.

So far, golden boy Federer is winning, with an endorsement portfolio Forbes.com estimates at earning $40 million annually. But Nadal isn’t far behind with an impressive $10 million in sponsors. Andy Murray just launched his own logo, an “M” overlaid with the number 77, which represents the month and day he won Wimbledon, July 7. Virtuous or Rebellious: Which Would Your Company Image Be?

There are marketing lessons here for the tiniest startup, even if you’re not commanding 7 figures and a stadium of fans. Here’s how to set yourself apart from the crowd:

Create an archetypal image. It can be virtuous or rebellious, but your image (or personality) must be memorable. For example, John McEnroe was the Superbrat. Elegant Federer is sometimes called the Swiss Maestro. Comical Novak Djokovic is “The Djoker.” And vocal Sharapova (known for her serving shrieks) has evolved from the Siberian Siren to Center Court’s dress-designing Cinderella. (She designs her tennis outfits with Nike.)

Design a compatible and easily identifiable logo. Once you’ve decided on your business’s personality, hire a graphic designer to dream up a logo that reflects that. Need ideas? Look at these wonderfully evocative logos.

Keep your content message consistent. But not boring. Your slogan, brochures, website copy and social media messaging should all reflect your brand image’s personality and theme. Having trouble coming up with a vision or strategy? A copywriting and branding team can help.

Use social media to surprise and delight followers. Don’t be afraid to be playful and unexpected on social media accounts. Use cartoons, inner-office “how-the-sausage-is-made” peeks, and photos, photos, photos. @RogerFederer has 2.85 million Twitter followers, and the Swiss Mister engages with fans by jumping online for impromptu Q&As and soliciting opinions: “I need your help finding a new Twitter avatar guys! I’ll choose your best suggestion and use it for a week. #AvataRF.” Djokovic often tweets direct-address videos answering fan questions, and launches shoe and other product giveaways from his @DjokerNole handle.

Don’t have time to craft smart website content? A ghostwriting service can help. Remember, business marketing abhors a vacuum, so if you don’t create a brand and website copy for yourself, someone else will.

Industry Insights: How to Be Compelling & Compliant in Finance

Holiday Copywriting: How to Craft Messages That Resonate All Year Long

Copywriting for Compliance: How the FINRA On Your Shoulder Can Be a Boon for Your Content