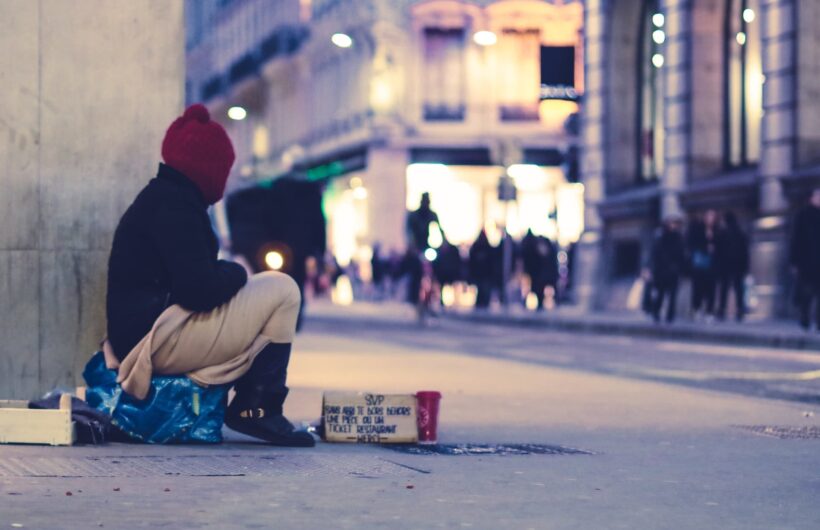 In this installment of MarketSmiths’ Badvertising we ponder whether a controversial marketing event was more deserving of moral outrage or ardent praise. As usual, DO NOT TRY THIS AT HOME!

There’s a classic episode of Seinfeld where Kramer and Newman come up with a harebrained scheme to hire homeless people to pull rickshaws. The folks over at the marketing firm of Bartle Bogle Hegarty (BBH Labs) in Austin, Texas must have thought that that was a good idea, because in 2012 they gave a bunch of homeless people twenty bucks, T-shirts that read: “I’m [name], a 4G hotspot” and then armed them with Verizon mobile hotspot devices. BBH said that it envisioned the program as a modernization of the newspapers that some homeless people sell, but (no surprise) others begged to differ.

Wired magazine espoused indignation: “It sounds like something out of a darkly satirical science-fiction dystopia.” There were accusations that BBH were “priming an affluent, iPad-toting public to think of that person as a commodity.” Influential tech bloggers like Tim Carmody worried that the homeless were being “turned not just into walking, talking hotspots, but walking, talking billboards.” Some took the tongue-in-cheek approach, writing on BBH’s own blog site that “My homeless hotspot keeps wandering out of range, and it’s ruining all my day trades!”

It appeared that the event was about as popular as a mobile dead zone—but not so fast. A few of the “human hotspots” didn’t see things that way. One volunteer, Clarence Jones, told the media: “Everyone thinks I’m getting the rough end of the stick, but I don’t feel that. I love talking to people and it’s a job. An honest day of work and pay.” 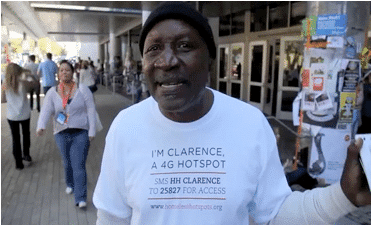 Saneel Radia, director of innovation at BBH Labs, defended the program: “We saw it as a means to raise awareness by giving homeless people a way to engage with mainstream society and talk to people.” Mitchell Gibbs, the director of the shelter that houses the project volunteers, was shocked by the criticism: “It’s an employment opportunity, regardless of who is offering it.” Then there’s this: Before BBH seemingly turned the homeless into homing beacons, they also created Underheard in New York, a project that gave four homeless men mobile phones, Twitter accounts and unlimited texting to share their lives and tell their stories. There was controversy over that project as well, but one result was that one of the men was able to locate—and reunite—with his estranged daughter.

So, was BBH’s project an act of charitable benevolence in order to raise awareness of the homeless, or objectification of real human beings in order to use them as a marketing gimmick? If it was only a marketing gimmick (and BBH is a marketing firm) it was one that, in this instance, required something else: recognition of another human being, one who is suffering. Sure, plenty of people deemed it was dehumanizing, but on reflection it was actually kind of the opposite: it was literally humanizing. Thinking about and looking at the homeless is hard, and a basic truth about our ad-driven society is that we sometimes have to skate close toward exploitation in order to raise awareness about serious issues. “We’re glad to have started a conversation about a population that is often treated as invisible,” said Ms. Radia. The debate about exploitation and advertising is a complicated one without a self-evident answer. So in the end, the debate about whether BBH were objectifying the homeless or empowering them is less important than the fact that it got people talking about the homeless, and thinking about their lives. Perhaps the righteous indignation should have been more focused on “homeless” rather than “hotspot.”

Killing Your Darlings and Cutting the Fluff: The Secret to the Art of Editing