What happens when a company decides to act as its own marketing agency? It may just create a campaign so disturbing that concerned customers call for weeks. Don’t be St. Louis Cremation—leave the advertising to the professionals. 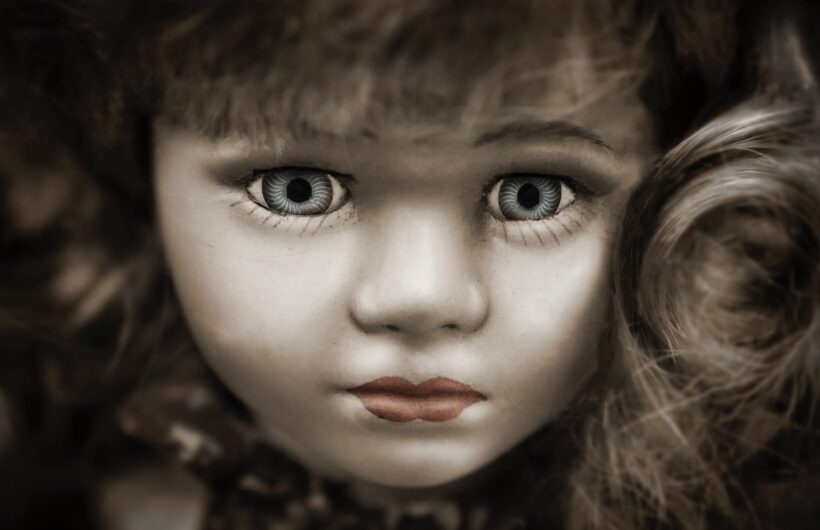 In this installment of MarketSmiths’ Badvertising we examine what happens when a company decides to act as their own advertising, design, marketing, and copywriting services agency. As usual, DO NOT TRY THIS AT HOME!

Probably the last thing you want is for people to call you up and ask if you’re going to kill the kids pictured in your advertising campaign—but this is exactly what happened when St. Louis Cremation published the following in the January 28, 2015 issue of Town & Style St. Louis: 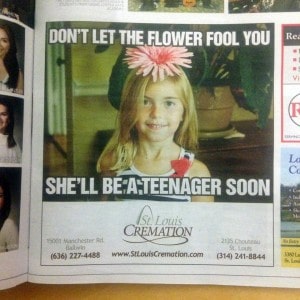 “‘I got people calling and complaining, like, ‘Are you going to kill her? Is she going to kill someone?'” Oliver King, owner of the crematorium, told the Riverfront Times. A second ad soon appeared: 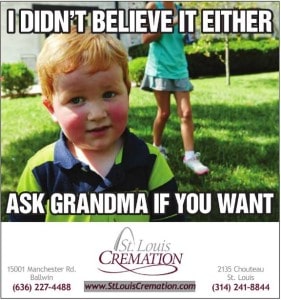 What the heck were these ads trying to say, that the pretty little girl with the flower in her hair will soon be a teenager and you’ll be dead so… make your cremation plans now? That the little rosy-cheeked boy can’t ask grandma—because grandma’s dead? Naturally, the Internet had a field day with the ads and King quickly suspended the campaign.
There is an old adage in lawyer circles. A person that eschews hiring a litigator to represent him or herself at trial “has a fool for a client.” That applies here, too.

Still, although the ads were poorly conceived and amateurishly designed, with a garbled and clueless marketing message that had viewers asking if they should buy cremation services for themselves or their kids, King seemingly got what he wanted: eyeballs and chatter. “I was just trying to get people to stop for a second and see the picture, and then my company’s name. That was it.”

Of course, whether or not this ultimately adds-up to more cremation sales is debatable. Let’s ask grandma, shall we? Oh wait, we can’t because—grandma’s dead. 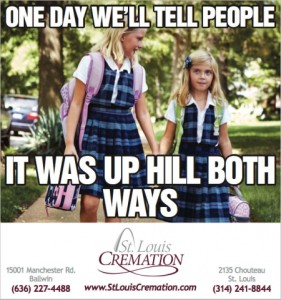 (With thanks to @BrettBerchtold of Roundedcube for the awesome tip.)

For Your Website Copy Interview, Consider Not Spelling Out Your Business Value

Investing in Women: How Ellevest Empowers with Robo-Advisors