Badvertising: The Ego Has Landed.

LeBron James convinced ESPN to air a TV special detailing his switch from the Cleveland Cavaliers to the Miami Heat. After receiving both support and backlash, the incident resurrects the age-old question—is any publicity good publicity? 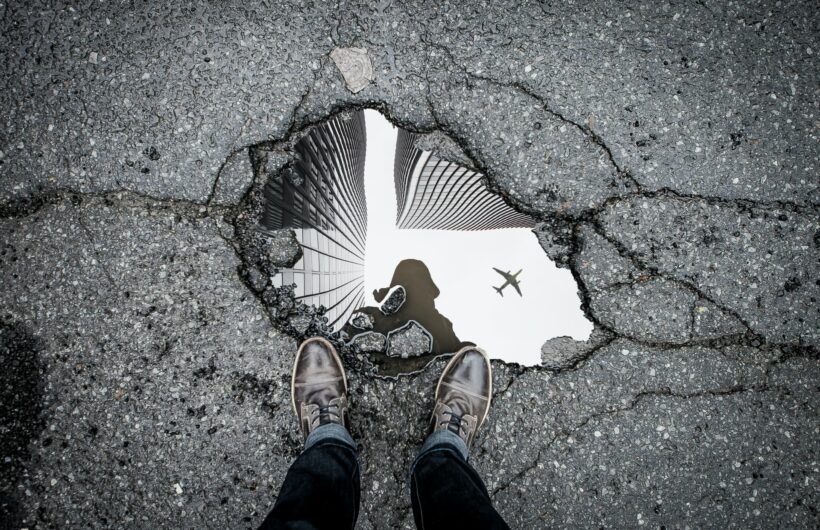 In this installment of MarketSmiths’ Badvertising we look at the importance of managing public image, and question whether “any publicity is good publicity” is true or not. As usual, DO NOT TRY THIS AT HOME!

Back in the summer of 2010, basketball superstar LeBron “The King” James could do no wrong. He was not just on fire, most believed him to be the best NBA player—ever. His image was that of a good kid who loved playing for his hometown team, the Cleveland Cavaliers. He was a man who stayed out of the gossip pages and kept his nose clean—just an all-around happy guy who made untold millions of bucks for tossing a basketball through a metal hoop. Then he made a public relations mistake of seemingly epic proportions. 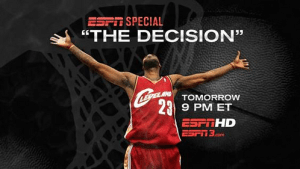 Instead of announcing to the world in a normal manner that he was going to switch to the Miami Heat, James (or his handlers) decided to make a show of it. Literally, a show. They convinced ESPN into airing a live, 75-minute, prime time TV special called “The Decision.” ESPN turned the hype machine up to 11. Radio sports shows, sports blogs, TV and newspapers went into hyper-drive and devoted a staggering amount of time and ink  on LeBron and “The Decision.” They pontificated endlessly on what it would mean for LeBron and for the NBA… The thing was, James didn’t need the hype. He was already just about the only player that the radio sports shows, sports blogs, TV and newspapers talked about anyway, and the more that they beat the media drum the more people began to question their views on LeBron James. Instead of being seen as the humble guy that he was, the local playing for the home team, people starting calling him self-promoting and selfish and egotistical.

10 million people watched him announce “The Decision” and, afterward, the reaction from most was one of shock, anger and feelings of betrayal. Cleveland Cavaliers owner, Dan Gilbert, was so incensed that he wrote a scathing letter to the fans on the Cavs website, denouncing James (the “self-declared former King”) and calling his decision “selfish, heartless, callous, and cowardly betrayal.” (Granted the Cavs had been informed of James’ decision only moments before airtime.) Fans took to the streets and burned James’ #23 jerseys in what they called “Lebron-fires” and stomped on his likeness. Commentators across the globe openly questioned why James had decided to promote the drama of his decision in an ego-serving hour-long television special instead of showing “the common courtesy” of notifying Cleveland in advance. Issues of race entered into the discussion. The New York Times took a stand. Even the Reverend Jesse Jackson chimed in… It was a PR nightmare that trashed James’ otherwise nice guy image for really no good reason at all.

Conventional marketing wisdom dictates that James should have informed the Cavaliers beforehand, out of respect if nothing else, and then issue a simple press release thanking the fans and the city for their support. Conventional wisdom would dictate that no player—not even “King James”–could survive such a public slandering of their good name. Surely (went the conventional wisdom) the people would never forget and James would be history.

But, then again, sometimes conventional wisdom is wrong.

Four years later, in 2014, James told Sports Illustrated that he decided that he was leaving Miami and “coming home” to Cleveland to finish out his career, and you know what? The Cleveland fans welcomed the prodigal back with open arms. “Cleveland fans are trying to figure out how to unburn their LeBron jerseys,” Twitter user nic_johnston44 wrote. They talked about homecoming and forgiveness. The only person who seems truly upset was Micky Arison, the Heat owner who had lured James away. He tweeted that he was “shocked & disappointed in today’s news.”

The king is dead, long live the king.

The Benefits and Downsides of Short Blog Posts

The Power of the Past: Why Nostalgia Marketing & Emotional Copywriting Works

Coronavirus Crisis Communications: How to Write for the Current Mood