In this installment of MarketSmiths’ Badvertising we look at what happens when a small bakery/cafe gets a shot at big time TV exposure—and then promptly implodes. It serves as an example of how a business should not react to comments posted on social media. As usual, DO NOT TRY THIS AT HOME!

Anyone familiar with chef Gordon Ramsay’s reality show Kitchen Nightmares surely recalls the episode featuring Amy’s Baking Company, a modest restaurant located in Scottsdale, Arizona. If for some reason you managed to miss the show, the long and short of it is that the owners (Amy and husband Samy Bouzaglo) are two very troubled people who stole waiters’ tips, berated and banned customers who complained about bad food and service and fired waitstaff willy-nilly.

They blamed their poor business on “haters” who were commenting on the restaurant’s Yelp page and so invited Ramsey and his TV crew to help turn things around. But when Ramsay discovered that in addition to the pair’s aggressive behavior, and the fact that Amy would often say bizarre things (“We have three little boys but they’re trapped inside cat bodies. They’re cats”), that they were reheating canned food and then claiming it to be homemade—he pulled the plug. Of course, it made for great TV. 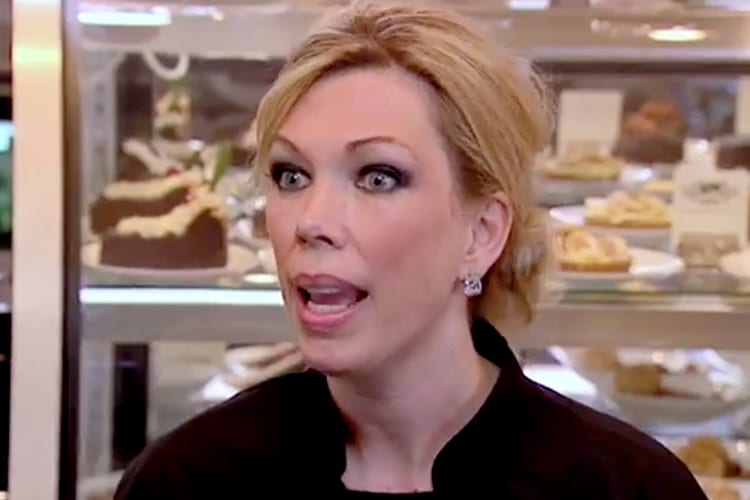 The major problem arose just prior to the show’s airing when a clip was uploaded to Redditt, tagged “the world’s craziest restaurant owners.” Amy went ballistic, writting: “You people are all s**t. Yelp s**t. Reddits s**t. Every s**t. Come to here, I will f**king show you all.” Things escalated over on Facebook where Amy really went to town on “haters”:  “I AM NOT STUPID ALL OF YOU ARE. YOU JUST DO NOT KNOW GOOD FOOD. IT IS NOT UNCOMMON TO RESELL THINGS WALMART DOES NOT MAKE THEIR ELECTRONICS OR TOYS SO LAY OFF!!!!”

Soon after, Amy had a change of heart and wrote that their Facebook, Yelp, Twitter accounts—and their business website—had all been hacked. They hired a PR firm and called for a press conference to announce their “Grand Re-Opening.” But Amy just couldn’t help herself: “Customers will be able to decide who is correct: a famous celebrity chef or the marketplace that has supported the small, locally-owned business for six years.”

FOX lawyers stepped in with a formal notice reminding them of their non-disclosure and threatened legal action if they proceeded to hold a press conference. The PR firm left over “strategy disagreements.” The re-opening was laced with security guards and police, and the press was prevented from entering the restaurant. They went on Dr. Phil and defended their harsh business practices.

Then came the real trouble. Both Amy and Samy’s past criminal exploits came to light  (Social Security fraud for Amy, extortion and drugs for Samy), and Samy faced deportation for his (it was revealed that he’d already been banned from entering both France and Germany).

In the end, “The Ballad of Amy and Samy Bouzaglo” should serve as a master marketing class in How Not to Promote Your Business on the Internet:

No word yet on what Amy’s three “cat children” have to say about the whole thing.

Your Guide to Crafting the Perfect Influencer Marketing Copy

The New Rules of Copywriting for the Digital Age