Even Sandwiches Can Teach Setting: Writing Brooklyn with The 5 Senses

They say you can’t write about a place until you leave. I spent ten years in Brooklyn insisting I had no trace of Western Mass in my accent. Yet I couldn’t help but pepper my sentences with “wicked cool” and soften vowels on words like “melk” and “pellow.”

The short stories I wrote were set in the woods. The details were New England to the core: pickies were appetizers and packies, liquor stores. As dating apps took off, my Brooklyn friends raised their eyebrows when I said I wanted a grinder. Heroes, I reminded myself, were sandwiches here.

Setting is so vital in storytelling that when it’s done well, “place” becomes a character itself. In marketing—even when it comes to B2B content or corporate copywriting—we talk of “hyper-local” ads. These fail when they’re groan-inducing clichés. They soar when they make people not only recognize themselves, but laugh.

Consider Manhattan Mini-Storage, a company that uses its subway ads to call out New Yorkers’ silliest habits. They must be kicking themselves for not anticipating the World Series when they wrote: “Why leave a city that has six professional sports teams, and also The Mets.” Burn. No matter, buried in that sentence is a deep sense that this company “gets” New York. The city is the protagonist in their ads. Yet you don’t need Manhattan Mini-Storage’s pith and wit to write local. You need to keep your ears open and eyes peeled for details.

Two months ago, I left the city for a graduate writing program in the South. Now that my boxes are unpacked and my furniture (yes, much of it from the Brooklyn streets) is rearranged, I can consider the place-specific details that best embody the borough. Whether I’m writing fiction, blog posts, B2B content, corporate copy, or ads, I always call upon the five senses to nail a setting: sight, smell, touch, sound, and taste. Like most Brooklynites, I have strong food opinions, so I’ll focus on the last.

I am hungry but busy, so I want to run to the bodega and buy a turkey grinder. I still talk like a Masshole and I can’t shake my city habits. I ask the barista if there’s a bodega nearby. “Like, CVS?” she says. This is writing research, so I push it: “More like a corner store.” Crickets! “A deli?” I say. Here you’re more apt to see a woodchuck ramble past than a bodega cat.

What we call our stores is regional. What we call our food, even more so. As a teenager, I would leave high school for lunch at Subway. The wallpaper was newsprint showing the New York City underground, the restaurant copywriting New York-specific. I ordered my grinder and thought, “Ah, yes, Subway refers to the ‘subway’ system.” I then realized this restaurant’s copywriting was a pun; some call sandwiches “subs.”

When I first moved to the city, I walked into a deli and tried to sound like a Real New Yorker. “I’ll have a turkey hero with lettuce, tomato, and provolone,” I said.

“No turkey hero,” the man said, in a thick Greek accent. “Only lamb hero.”

I pointed at the hunk of white deli meat, at the rolls sitting in plastic bins. He pointed at the roasting spits of lamb. “Lamb he-ro.”
“Oh, gyro,” I said, having the sense to avoid pronouncing the “g.” “No, I’d like sliced turkey on a Kaiser roll, please.”

Lesson learned: don’t fake where you’re from. Another lesson learned: when writing the voice of Brooklyn, you must consider that many Brooklynites hail from somewhere else. That nailing the “voice of Brooklyn” is a lot like telling aliens what earthlings eat for lunch. The wide-reaching ethnic, class, and religious makeup of the borough makes it tricky to write succinctly. Avoid Brooklyn hipster clichés. Avoid that tough-guy “fuhgettaboutit” catch phrase. Pepper your writing with sound, taste, and smell, and remember—next time you grab lunch—Brooklyn can be seen in the mundane. 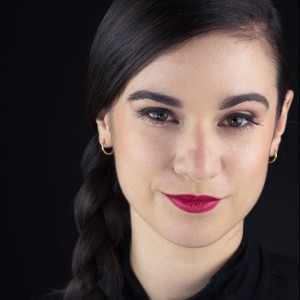 After a quick stint on a French dairy farm, Nichole realized she preferred pencils to pitch forks and has been writing and editing ever since. With five years in the publishing industry — editing everything from music history textbooks to literary fiction — Nichole has honed her ear for vivid storytelling and eye for well-crafted words. Her fiction and essays can be found in The L Magazine, The Toast, Gigantic Sequins, Necessary Fiction, and Bustle.com and she’s edited client writing for The New York Times, HuffPo, MORE Magazine, and Poets & Writers.

How to Make Financial Copywriting Easier to Read, Absorb, and Act Upon

Writing Inclusive Copy for the Holidays