A curated selection of the latest headlines in content and marketing, including Google's revamp as Alphabet and the emoji craze. 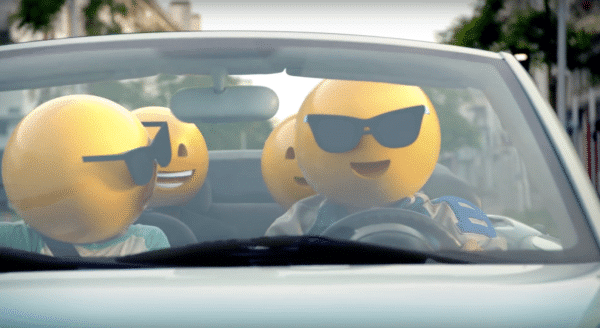 Too busy to catch all the latest creative news? In Case You Missed It (ICYMI) has you covered, curating the hottest stories in copywriting, creativity, branding, and digital innovation.

Today’s edition rounds up the smartest takes on Google’s makeover, the importance of fonts, and how emojis are changing the way we communicate throughout our digital lives.

First, the company restructured, renaming the new parent company Alphabet, of which “Google” is just one of many companies within it.

Other exciting projects under Alphabet’s umbrella include Calico, which aims to increase the human lifespan, and Nest, the smart-home thermostat.

It’s an ambitious move, to say the least. But should we all take such daring risks? Fortune explores what Alphabet can teach us about leadership and what it takes to succeed.

Google’s (Maybe Not So) Revolutionary Rebranding

Shortly after unleashing Alphabet, Google unveiled a new logo—a change that’s either subtle or earth-shaking, depending on how much of a typography/branding/design nerd you are.

The search giant dropped its old-timey serifs, which harkened back to the days of the printing press, for a sleek new sans-serif wordmark.

Curious about its older iterations? Watch Google’s logo evolve over time in an animated GIF, along with other major brands.

Love the sans-serif look? Check out Mashable’s imaginative take on how our other favorite brands would look without those antiquated serifs.

While emojis don’t really have a place in professional copywriting, they’re just about everywhere when it comes to social media and casual convos.

In fact, according to a new study from Facebook, kids these days are almost never using “LOL”—instead, they’re using “haha,” “hehe,” and (you guessed it), emojis.

Speaking of studies, did you ever wonder what’s the most popular emoji in your area? Check out Swiftkey’s awesomely interactive graph about the most-used emojis in every state.

And finally, we just can’t stop watching this new French ad from McDonalds where everyone’s got an emoji-head.

That’s it for this edition of ICYMI—keep your eyes peeled for the next curation of copywriting, creativity, and branding awesomeness.

Getting Your Rhetoric Right: A Response to Seth Godin

A Copywriter’s Ode to the Business Card

The New Search: Ensuring Your Campaign Finds Its Audience

The Benefits and Downsides of Short Blog Posts