A name doesn't just serve one purpose. Here are the four factors you should try to balance when naming companies, divisions, products, or taglines—and why the challenge is worth taking up. 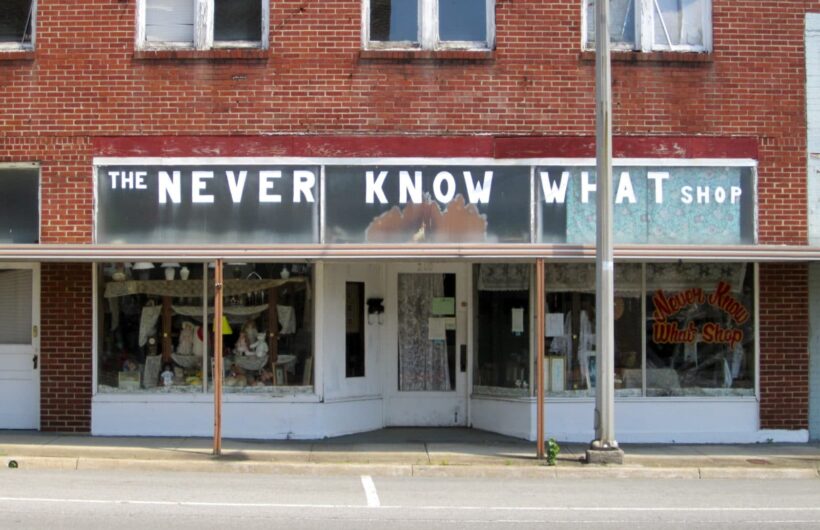 Looking around during my holiday trip to Toronto, it occurred to me that Canadians might be considered a literal bunch. My boyfriend and I spotted a number of businesses whose names, in contrast to the retro-obsessed, irony-laden part of Brooklyn where I live, were almost astonishingly plain-Jane. The Jerk Spot sells jerk. The-Store-on-Queen, or TSOQ, is a clothing store…on Queen Street. Tom’s Place, owned by Tom, sells men’s suits. Our Spot is an eatery, and Cineplex Cinemas a chain of movie theaters (er, theatres). Yogurty’s dishes up: one guess. Yep, frozen yogurt.

When my copywriting agency is hired to name companies, divisions, new products, services, or taglines, we seek to strike a balance among four factors: information, appeal, entendre, and brand. For example, the Burger Cellar, another Torontonian venture, evokes a double entendre that would be titillating if the thought of a burger in a dusty cellar were more appetizing. Rasta Pasta rhymes pleasurably, but “dreadlock pasta” gives me shivers. Shameful Tiki doesn’t ring my bell one way or the other—but I know what kind of cocktails it pours, at least.

Then there are seemingly literal, secretly brilliant names. I walked by the North of Brooklyn Pizzeria and thought, “How silly: north of Brooklyn is Queens.” Then, I realized they meant Toronto, and I laughed: the joke was on me. Fancy Frank’s is a fast-casual fixings buffet for—get this—hot dogs, doughnuts, and poutine (fries topped with cheese curds and gravy). It was fancy; the dogs were fat and juicy; the fixings fresh; the doughnuts gourmet. Plus, it’s fun to say. Miss Thing’s had hipster attitude—and served things like alcoholic Fruit Loop milkshakes and lobster bisque ramen. But why on earth was the exterior “wrapped” in a preppy red Christmas sweater design? I’m not sure what that’s supposed to say about the brand.

I spotted ingenious names, too. Snakes and Lattes is a café with a limitless library of board games. The name is a take on Snakes and Ladders, the original board game from India that inspired Milton Bradley’s Chutes and Ladders (and, presumably, better known to Canadians than our commercialized American version). Old School serves up 24/7 cocktails and brunch amidst equations chalked on a massive blackboard.

Short on words and long on cunning, naming a business is one of the most challenging tasks a copywriter can take on. To pack a whole brands-worth of meaning, connection, and identification into one to three words can be a hit-or-miss endeavor. Yet it’s one of our favorite tasks: creative in execution, infinite in scale.

What’s in a name? The artful balance of wit, contrast, and practicality. Keep on naming, Toronto! We’ll look forward to seeing your fun zingers next time we pass through.

Looking for help with company names, slogans, and taglines? We excel at it. Contact us.

Influencers Are Now Everywhere. But Are They Really Necessary?