Badvertising: Hot Under the Collar

Target stood its ground when some took to social media to demand a sweater they deemed insensitive be discontinued—but things quickly unravelled. 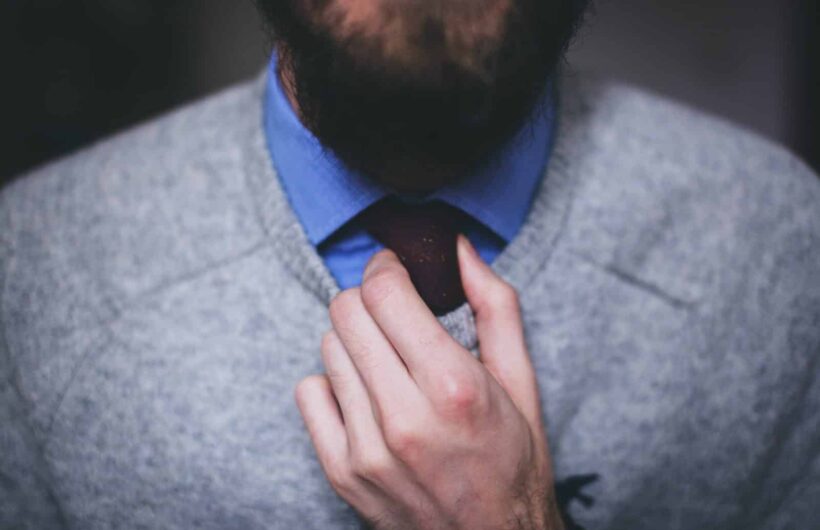 In this installment of MarketSmiths’ Badvertising we look at how Target ignored social media backlash and won. As usual, do not try this at home!

Some See Target’s OCD Sweater as More OMG Than LOL

‘Twas the season of Christmas in twenty-fifteen,

and some shoppers were angry, upset, and mean.

They took to the web to vent all their bile,

at a silly red sweater that they said was so vile.

they tweeted to Target, object of their ire.

“Remove it at once or I’ll not shop here again!”

But Target held firm and said with a grin:

“While we don’t want our guests to feel bad or feel small,

we’ve no plans to remove it, Merry Christmas to all.”

Prefer prose to poetry? Here’s what happened. When Target offered the above holiday sweater for sale in 2015, some people became incensed that the store was “making light” of obsessive-compulsive disorder (OCD). While OCD is a serious condition that affects millions, the term is also commonly used colloquially to simply mean fixated or meticulous.

Some took to social media to vilify the company. They demanded that the offensive item be removed (or else). Target calmly acknowledged their feelings—but refused to comply, no doubt leaving the complainer’s mouths agape.

This was not the first time that Target has resisted customer backlash on social media. In October of 2015 they were lambasted for selling a pen that looked like a syringe but they refused to discontinue selling the item which, like the OCD sweater, was not even a Target exclusive. Eventually the “outrage” died down and life went on, as it usually does.

As AdWeek pointed out, Target was not even the only retailer that used the slogan. Both Cracker Barrel and Amazon carry similar products. A sweatshirt bearing the slogan “I Have OCD Obsessive Christmas Disorder” is readily available online. All this over a sweater whose humor was more cute than cutting.

Is Social Media Out of Hand?

The rise of social media has been both a boon and a bust for business. While marketers, retailers, copywriters, and advertising professionals can’t just ignore it, paying too much attention to it can also be problematic. Social media can often be an anonymous outlet where customers feel free to cross the line and make unfair or bullying remarks about a business.

Yelp is rife with scorching restaurant reviews, the sort that can drive a company into the ground just because somebody didn’t get their ice tea in a timely manner.

The Customer is Always Right. Right?

Target’s stance to not remove the sweatshirt was brave, if for no other reason than it addressed the old adage that “The customer is always right.” In fact, a recent study showed that the customer is usually wrong, and always thinking otherwise can have serious consequences for businesses, employees, and customers.

That is not to say that it can’t be a learning experience. As Bill Gates once said: “Your most unhappy customers are your greatest source of learning.” This is important for copywriters, art directors—in fact anyone in the creative field—to keep in mind when crafting a campaign.

Don’t be afraid to swing for the fences. Be a bit bold, maybe risk a tiny backlash, and take a stand if you feel that your approach is right and the client is—well, if not wrong, then “in need of a little enlightenment.”

As copywriting professionals, we’re here to make our clients shine. After all, they come to us because we’re the experts. Don’t just push the envelope—lick it shut and send it. You can always backtrack later, if needed, but it’s always better to ask forgiveness than beg permission.

Go there. Stand firm if you feel you’re right. Giving clients timid creative and clunky copy because that’s what you think that’s they want—what’s “acceptable” versus what’s best for them—is doing no one a favor.

Take a stand, or just sit it out.

The Branding of a President

Comma-pocalypse 2018: The Death of Commas, and Why We Need to Save Them

Are You Talking Like a Grown-up? Crafting Copy to Address Audiences 50 Years and Older