A light touch of sardonic humor can make an effective ad, but failing to achieve the right tone can turn a campaign into a public relations nightmare. Fine-tuning your tone and keeping your audience in mind is essential — and 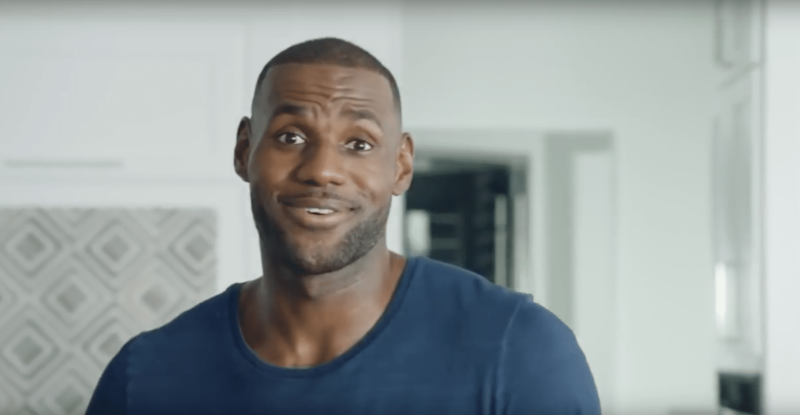 All copywriting strives to be authentic—especially when it’s coming from a brand aimed at younger, tech-savvy consumers. An impossibly bright puppies-and-rainbows outlook rings hollow. It’s even worse than boring: it’s fake.

So, what’s the perfect anecdote to an overdose of saccharine, cloying copywriting? A sprinkle of snark. An ironic, self-aware wink. Take Sprite’s latest ad with LeBron James, for example.

The ad makes fun of itself, laughing with you at the weirdness of celebrity endorsements and Instagram influencers—all the while doing the exact thing it’s mocking.

It’s as if the ad is leveling with you, the viewer, saying, “Hey, we know this is an ad, and we know it’s weird when famous people tell you what to do. We still have to do our job, but we’re going to keep it real and recognize how absurd this whole this is.”

When Snark Goes Too Far

What happens when snark goes too far? It sounds snotty, pompous, and entitled. Exhibit A: Airbnb’s ad campaign in San Francisco that seems to complain about having to pay taxes.

Some quick context: Airbnb had refused to pay San Francisco’s hotel tax for years; after finally acquiescing, the sharing economy superstar spent $8 million to campaign against “Proposition F,” a ballot measure that would impose greater restrictions on sites like Airbnb.

That’s when the brand started putting up these super-snarky signs, passive-aggressively telling San Francisco how to use the tax money it wrung out of Airbnb. Here are a few of them caught on social media:

In an attempt to be edgy and authentic, Airbnb overplayed its hand and came off looking whiny and contemptible. One San Francisco resident took to Facebook for a righteous takedown that shows exactly how Airbnb misplayed this:

I’m happy to hear that you paid your taxes this year. I did too! Isn’t it awesome? However, I’ve crunched some numbers and I have some bad news for you. Out of your $12 mil of hotel tax, only 1.4% percent goes to the SF Public Libraries. So that’s $168,000. Divided by the 868 library staff, we have $193 per person. Assuming each employee works 5 days per week minus holidays, this is $0.78 per employee per day. Since that’s significantly under San Francisco minimum wage ($12.25/hr), I doubt that your hotel tax can keep the libraries open more than a minute or two later.

However, had you donated that $8 million you spent fighting Proposition F directly to the public libraries you love so much, that could have made a bigger difference. Oh well. Hindsight is 20/20!

What Went Wrong & How to Avoid It

The brand ultimately took down the ads and apologized on Twitter:

In a statement to the SF Weekly, Airbnb correctly identified its critical misstep:

“The intent was to show the hotel tax contribution from our hosts and guests, which is roughly $1 million per month. It was the wrong tone and we apologize to anyone who was offended. These ads are being taken down immediately.” [Emphasis ours.]

The tone was way off. While Sprite’s snark brings consumers and the brand closer together—hey, we’re all in on the joke—Airbnb’s ads alienate all the tax-paying residents of San Francisco and seem to come from a place of pure self-interest.

What lessons can we draw from Airbnb’s cringe-worthy campagin? It’s difficult to get your tone pitch-perfect. Snarky, snide copywriting must be handled with extreme care. The most important takeaway, though, is that copywriting should always speak to the audience’s perspective—not the company’s.

Airbnb’s ads are a gratuitous example of a brand being far too self-absorbed and ignoring the audience’s concerns. Whether it’s website copywriting or a large-scale billboard campaign, your messaging should always answer the reader’s implicit question: “What’s in it for me?” If there’s no satisfying response, you should probably reconsider.

Airbnb learned that lesson the hard way—but you don’t have to. To learn more about how you can improve your copywriting, contact MarketSmiths today.

How Fitbit Convinced 28M Users That Fitness Is Fun