We know directly translations don't translate to great copy—but what about translating between two forms of a single language? Here's why crossing the pond isn't as simple as it sounds. 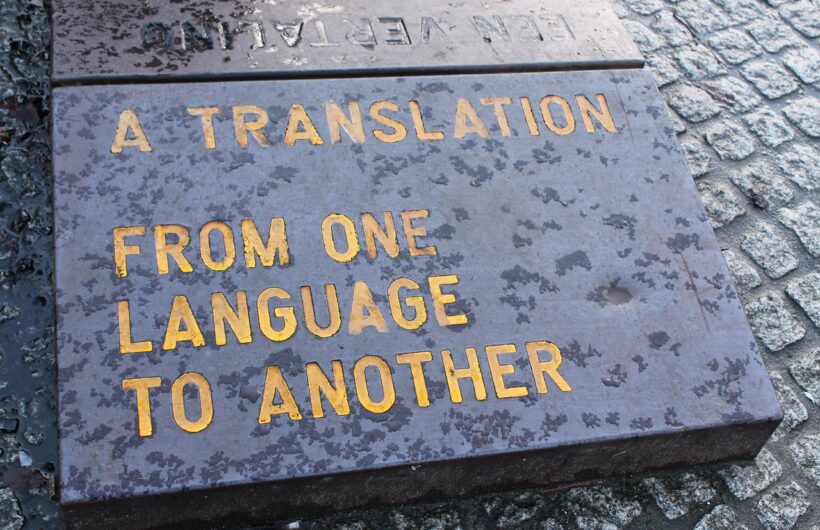 Britain, my home country, recently received some unsettling news. No, this has nothing to do with Brexit (and please don’t talk about it). I’m referring to something far more troubling: Starz cable network is planning an American remake of Peep Show, a much-loved British cult comedy.

The news has caused a bit of a kerfuffle.

I admit I’m nervous to see another British comedy adapted for U.S. release. Success rate at this game has been patchy. Most British TV hits have flopped spectacularly across the pond—a persisting trend, if the poor reception stateside to the new Absolutely Fabulous film is anything to go by.

Worrisome questions go unanswered. Will Yankee versions of Mark and Jez charm viewers, like Michael Scott in The Office remake? Will the show be a hit like House of Cards, or another Inbetweeners—painfully off the mark and pulled after one season? And what—if anything—can all this teach us about copywriting?

Writing for different English-speaking markets seems simple. While our accents differ, we all speak English, right?

Well, yes and no. English on opposite sides of the Atlantic has become so captivatingly colorful in pronunciation, nuance, and cultural quirks, that sometimes it seems we don’t speak the same language at all.

Take humor. Nothing is quite as universally satisfying as a good laugh. But there’s no universally appreciated joke. What’s funny in one culture—or even for one person—might fall flat in another, regardless of language.

It’s perhaps no coincidence that British comedies tend to flop in the U.S., while British dramas—like Downton Abby, Sherlock, Pride & Prejudice—win. Sometimes humor doesn’t translate; The Office was a hit stateside only after the humor was “Americanized.”

Clearly, there’s more to writing for a particular market than simply using the right language. The moral? Learn your audience’s culture, and respect flashpoints to credibility, engagement, humor, and professionalism. Then steer your brand copywriting there.

What’s in a Word?

British and American English contain deliciously dynamic differences in word choice, which can cause awkward situations. For example, in the U.S., being pissed at the office and taking off your pants will certainly raise some eyebrows. In the UK, you’ll get arrested.

But this goes beyond whether to write “pavement” or “sidewalk”. Our cultural differences also greatly influence how best to speak to customers.

Take a look at how Nike connects with football fans in their 2008 commercial.

While the message that success comes from hard work wouldn’t be lost on a British audience, American football (as we call it) is a mystery to most Brits.

Here, footie-fans (that’s soccer to you) are more likely to relate to the kid who dreams of being Christiano Ronaldo. As their latest commercial demonstrates, Nike knows this.

Immersing yourself in your audience’s culture is key to better engagement. But this isn’t just knowing the cultural quirks; you have to know your customers on a personal level too.

To create content that resonates, show you that grasp your customers’ world and everyday challenges. Write vivid words to spark nostalgia and stir emotions. Dig deep and show that you get them, and they’ll see your business as a valuable part of their daily lives.

In copywriting, we write for maximum impact. Often this means communicating in the clearest way possible. But clarity doesn’t mean copy devoid of character.

Run-of-the-mill copywriters avoid colloquialisms and slang for fear confusing the reader. At Marketsmiths, we know that, when used right, familiar language can breathe life into the copy.

Pulling this off takes a lot of customer research, and some guts. You need to uncover how your customers speak when they’re at their most relaxed. When they’re with family and friends.

Take a look at how Freaker USA uses slang in their website copy:

“What’s that? You have a baby but you also enjoy bum-wine? Is the FREAKER for you? A match made in heaven, gumdrop. Your little one’s sippy cup can be just as freaked as your 40oz Colt. Also your mom’s wine and your kid sister’s Nalgene and your dad’s beer & the vase you sometimes regrettably send flowers to your ex in.”

Is this the best way to write for retirees in Florida? Probably not. Would it work for 20-somethings in the UK? Sure, with a little adaption. Swap “40oz Colt” for “Carling” and you’re good to go.

Just how informal a tone you should use in your website copy depends on your industry, brand, and your customers’ expectations. But remember that people like to feel affinity with those they buy from. Write to your customers as if you’re writing to a friend—while still respecting boundaries—and they’ll love doing business with you.

Writing for different English-speaking audiences can be nerve-wracking. It’s a linguistic minefield out there, which can prompt some businesses to banish familiar speech from their copy.

Don’t do this. It leads to the cardinal sin of copywriting: churning out dull, lifeless copy.

Instead, go that extra mile. Do the research, the interviews, and the customer surveys to truly understand how your customers talk. Or hire a copywriting agency to do it for you.

Take this approach to your website copy and I’ve no doubt you’ll win over your audience. I just wish I felt this confident about the Peep Show remake.

Designing a Campaign: What Experience Do You Want to Give Your Audience?