Remakes, reboots, and sequels dominate the box office—but rehashes can't sustain an industry forever. Here's why your copy should always strive to do something new. 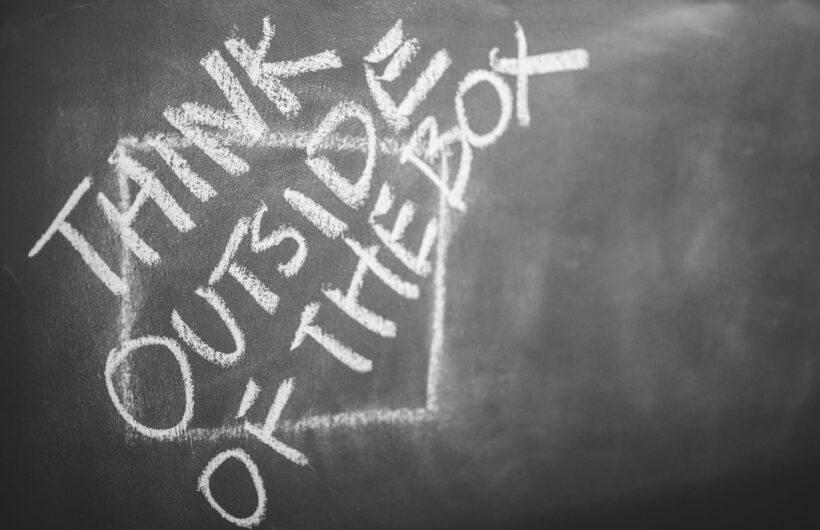 In the 1980’s, journalist and critic David Quantick famously wrote that pop will eat itself. He predicted that the music genre’s downfall lay in its reliance on endlessly recycling ideas from its own back catalogue. Sound familiar? For several years now, pop culture as a whole has been thoroughly engaged in the act of swallowing its own tail—at the expense progression or innovation.

It’s become difficult lately to walk past a movie theater without finding a beloved childhood franchise that isn’t getting the dreaded remake/reboot treatment. From Ghostbusters to Star Wars, if it’s a recognizable brand, chances are it’s getting hauled out and given a fresh lick of paint to confuse time travellers and ignite internet fury.

Turning on the television is no better—the airwaves are awash with an endless slew of film-to-TV adaptations and Americanized remakes of British shows, not to mention revivals of classic series like The X-Files. Even the news is starting to resemble a particularly demented rerun of The Apprentice…

You’d be forgiven for thinking that, as a species, we’re running out of creative steam.

And yet, as much as we may roll our eyes at remake culture, businesses that create their own content can learn from it. It’s always tempting to try replicating our past successes, especially when we’re feeling sapped creatively. The trick is discovering how to ‘reboot’ old content with confidence—without it leading to customer fatigue and dissatisfaction.

We all know why popular content gets remade. When you combine a recognizable property with nostalgia from fans and perverse curiosity from naysayers, you’ve got a recipe for profit, which (generally) guarantees a greater return on investment than an original idea. It’s lazy, but it’s true.

And we’re all guilty of thinking this way, at least sometimes. Let’s face facts—producing a steady output of new and exciting content for your blog or social media can be tricky. When you hit a creative wall and all forward motion feels impossible, the urge to look backwards for inspiration can be persuasive. If something produced excellent results in the past, there’s no harm in recreating it just this once… is there?

To answer that, let’s explore a few factors.

Can you improve your original post? Do you have something new to bring to the table?

This is perhaps the most justifiable reason to bring a fresh set of eyes to old copy. If you’ve dug through your archive and found something with great potential that wasn’t quite realized, it deserves an update. This could be a straightforward recasting of the old material, or a retrospective on what you’ve learned since writing it. The key is to keep it engaging—even if you’re retreading a familiar path.

Philip Kaufman’s fantastic 1978 remake of Invasion of the Bodysnatchers is a great example. The novel expands upon themes and ideas that the 1956 cult classic only touched upon, while adding a new level of gritty realism.

Can you revisit it from a new angle?

In an ever-changing social and political climate, the potential for casting old content in a new light is always there. If an old post considered the impact a previous presidential election might have on your industry, speculate on what effect the recent election will have. Tailor a summer-themed post to suit the needs of the winter months instead. This is a great way to do something different with older material without it feeling like blatant recycling.

Take the 2016’s Ghostbusters reboot. The movie cast women in the traditionally male role (at least, according to the internet) of hunting ghosts. It was’t the biggest box office success, but it tried something different, sparked debate, and gave girls action hero role models—that more than justifies its existence.

Is the timing right?

So you’ve written a magnificent post that brought a lot of interest to your site. It can be tempting to immediately write five more posts about the topic with only minor cosmetic differences. And yes, this could yield short-term results. But be wary of spamming your customers with repetitive and unoriginal content, or risk them turning to your competitors to find something new. If your recycled post doesn’t meet one of the criteria above, it’s time to find an original idea.

The more time has passed between posting, the easier it is to repurpose content without allowing it to devolve into eating itself. Your archive is your friend!

Example: There’s already talk of another Ghostbusters reboot, this time playing it safe with a male cast. How original. The question is, will anyone care?

So what should we take away from this? Firstly, revamping an old post in a sexy new skin can build off your successes in an innovative way, while avoiding bland, repetitive content that your customers will skim past. You can potentially reach a new audience, getting your content in the hands of more people, and reinforcing your brand’s message along the way.

But remember, just because you captured lightning in a bottle once, there’s no guarantee you’ll catch it again a year later in a similarly-shaped receptacle. Consider the demographic your original post reached. Do you want your repurposed content to reach the same demographic? If not, who is it for, and what changes do you need to make to reach them?

Examining what has worked for you in the past and building from it is always more desirable than simply copying and pasting. If you’re concerned that your copy might eat itself, consider hiring the experts to help—take a look at our quality ghost blogging services that ensure your content is always dynamic and fresh.

Let us Fill You In: Writing Social Media Profiles for Businesses

Solving X’s Marketing Dilemma: How to Even Out Those Crazy Seasonal Copywriting Spikes Through Partnering