A video about overstuffed trains turned into a scandal for the UK Labour Party. Here's what went wrong, and what you can do to avoid the same pitfall. 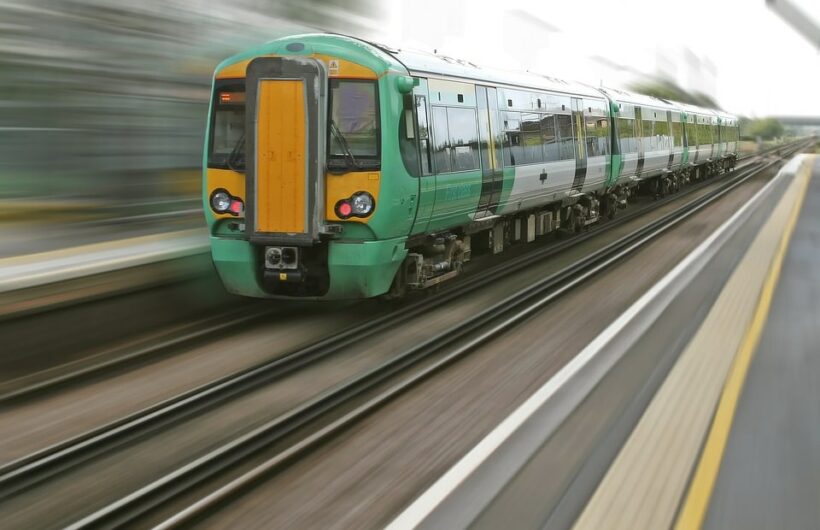 While the U.S. Republican Party struggles to remain unified under the weight of a divisive presidential nominee, things are no less stable in British politics. In the aftermath of Brexit and the dramatic exit of former Prime Minister David Cameron, Opposition Leader Jeremy Corbyn faces mounting, well, opposition from within his own Labour Party concerning his ability to lead. The last thing he needed was an overblown scandal.

Then, he went and sat on the floor of a train. Bear with us as we relay how this all relates to website copywriting.

Going Off the Rails…

Few political scandals are as quintessentially British as a man grumbling about the lack of seats on public transport, while refusing to sit in clearly available seats. All that was missing was profuse apologizing.

The scandal began on the busy Virgin Trains East Coast service between London and Newcastle in mid-August, where Corbyn was filmed sitting on the floor between carriages, apparently unable to find a seat. Complaining that the train was ‘ram-packed’ (a strange phrase for us Brits, too) and fares too high, the politician used his one-man “sit in” to call for the re-nationalization of British Rail, which was privatized back in the 1990s.

For Corbyn, a self-described democratic socialist, this message is comfortably on-brand. However, the cornerstone of the politician’s brand is his reputation as straight-talking and honest – and when Virgin released CCTV footage which showed the party leader walking past empty seats, then finding one to sit in after his stunt, a crack formed in his foundation.

Liar! cried Corbyn naysayers. Conspiracy! his supporters countered. The national media jumped on board Traingate, and off we went into the whole “punny” mess.

As political scandals go, even we Brits realize this is hardly breaking news. With so little able to be proven either way, it didn’t take long for reporters to find themselves waiting at the platform with no departure in sight. Suddenly journalists were the ones taking up all the seats, attempting to recreate Corbyn’s journey for vaguely defined reasons, like this bizarre live coverage by a journalist from The Guardian newspaper.

Not to be outdone, the Twittersphere had soon turned the row into a meme, with users uploading pictures of empty seats in various ‘ram-packed’ (often completely empty) locations. Some cheeky commuters seized the opportunity to have a laugh at Virgin’s expense, tweeting to their East Coast division and even Richard Branson himself during busy services, requesting they check their CCTV to look for vacant seats.

And once the train had cleared the tunnel, who could even remember what Corbyn’s message was in the first place? Something about honesty? No, but that’s all anyone was talking about. The politician’s brand took a hit, and his message got lost in the backlash. All because he didn’t bother stage his publicity stunt on a train that was actually ‘ram-packed’ – which are hardly difficult to find during peak times!

Keeping Your Message on Track

Nobody disembarked from ‘Traingate’ with their luggage intact, so to speak. Though his supporters mostly rolled their eyes at the bizarre row, Corbyn’s reputation as the honest everyman politician has lost some credibility. His comments might have been on-message, but the execution was all wrong for a politician who wants to appear authentic and above petty attention-seeking.

Virgin also found itself in hot water when it was alleged that they may have broken rules under the Data Protection Act by releasing the CCTV footage in the first place. Perhaps they should have looked into that before responding. Oops.

If there’s one thing we should take away from Traingate, it’s how easily a few misjudged words can completely derail your brand’s message. A good copywriter knows that clear, distraction-free content is the best way to avoid looking foolish later – and though it should go without saying, if you need to respond to criticism, do it graciously, and don’t break the law!

When it comes to message branding, it’s not just what you say that counts, but how and when you say it. If you want to ensure your brand’s message remains on track, MarketSmiths can help.