Some writers look to music for inspiration. Here are our top picks for your next case of writer's block. 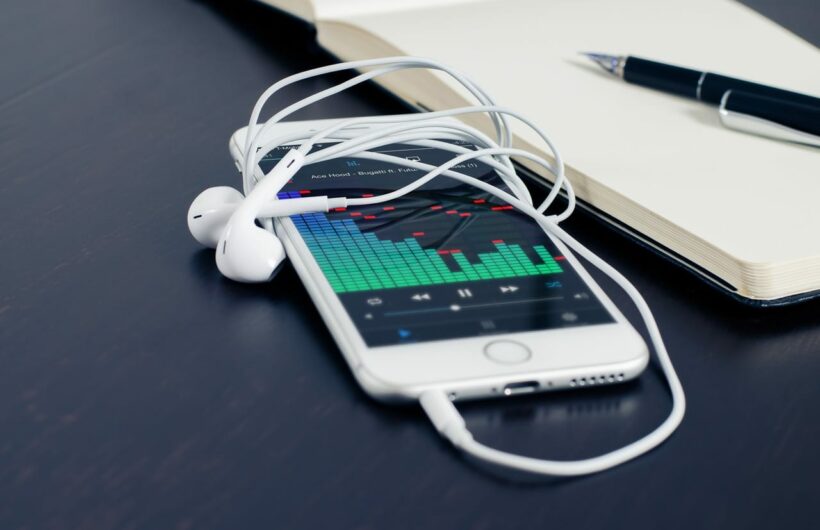 Concentration. Focus. Turbo output. If we could, our copywriting team would capture these capabilities in a bottle, unleashing them on demand. But we can’t.

That’s why we turn to the next best thing: music to write by. Whether soothing, inspiring, or galvanizing, music is fuel for the copywriting muse. And we offer the following playlist to help rev up your marketing productivity, too.

“Just a Dream?” by Fred Myrow and Malcolm Seagrave

When asked what music inspires me, I tend to direct people towards the impressive discography of Nick Cave and the Bad Seeds, whose chaotic, genre-hopping sound and inventive lyrics rarely fail to stir the imagination. But while the band makes me want to write, I don’t write to them. For that, I typically turn to instrumental music, particularly obscure film scores – and none more so than Fred Myrow and Malcolm Seagrave’s fantastic soundtrack to Phantasm, a cult 1979 horror movie from director Don Coscarelli.

I don’t know what it is about the haunting Goblin-inspired synth that gets my fingers racing across the keys. Perhaps it’s the hypnotic, dreamlike quality that allows me to shut out the distracting world and look inwards, while being eerie enough to keep me sharp. Or maybe it’s the reminder that I’ll never write anything as bafflingly constructed as Phantasm and its sequels. Either way, I don’t question its spooky power – it gets the job done. —Samantha McLaren

What do I know about Bjørn Torske? Very little, as I just realized. I don’t know how to pronounce his name, for example. Here are a few pertinent facts about Bjørn, mostly pulled from his meager Wikipedia article: He is from Norway. He has a weird letter in his name. He is blond and intense and sort of scary looking.

So far as I know, Bjørn has not been mentioned by Pitchfork or Rolling Stone, and may not even be popular. Greg, who sits next to me, discovered him on a Spotify playlist. Ten minutes later, I had not only finished my to-do list, but completely turned my life around.

Alright, that’s a bit hyperbolic. But there’s no doubt that the bouncy, zany rhythms that this man creates, presumably on his laptop, have a propulsive quality that just makes it easier to plow through the day’s work.

But wait: what kind of music does Bjørn make, anyway? Keenan, our politicalSmith, called it “a soundtrack for sneaking around a museum in a French movie,” while topSmith Jean said, “can we please listen to something else?”

So: Would I put Bjørn on while relaxing at home? Would I request him at a party? Of course not—don’t be ridiculous. But sometimes, on long workdays, you just need to shut out the world, put on your French spy suit, order a martini, and get shit done. —Max Huppert

For me, ambient, low-tempo music boosts productivity and creativity. I prefer songs without percussion, and try to stick to anything with piano or keys. Depending on what I’m writing–web copy, a blog post, product descriptions, etc.–lyrics can help the cause or get in the way.

If I’ve listened to a song enough times to know the lyrics, words blend with the music. When I listen to Frank Ocean’s “White Ferrari” (or just his Blonde album as a whole), I find myself in a state primed for innovation. —Ryan Hussey

“Some Slip” by Gaiser

I first heard Some Slip at 4am, in a grimy techno club that lurks down a backstreet in Kruseberg, Berlin. Considering this, it may seem an odd song to inflict upon the cool serenity of the MarketSmiths office.

But despite the occasional flashback to chugging vodka red bull under strobe lights and dancing until my feet bled, the booming beat and hypnotic machine sounds of Some Slip lets me tune out distractions and banish unproductive days.

Whack it on Spotify, amp it up as high as Max and Greg can endure from their desks beside the speakers, and I hit my productivity peak. Stick on repeat and I’m in the zone— fingers tapping feverishly, sweat dripping from my brow, as 8 hours whisk by in a whirlwind of getting shit done… or was that another flashback? Either way my tasks are bounding off my to-do list with the same velocity as this bouncy bass line. —Charlie Claxton

I do my best writing to instrumental music—lyrics tend to distract me, especially when I’m trying to retrieve that perfect word from the tip of my tongue and the back of my mind. All kinds of music can get me in the right groove, from Menahan Street Band’s funky soul, to Bach’s contrapuntal fugues, to Steve Reich’s avant-garde minimalism.

Thanks to my Spotify Discover Weekly playlist, I recently found myself bobbing along to this track by Francis Bebey—a Cameroonian artist who I learned is actually quite an accomplished writer himself. Propulsive, hypnotic, melodic, and cerebral, the track puts me in the perfect headspace to write. —Greg Lewis

I don’t listen to music as I work. Maybe I suspect doing so would take me right back to Jane Carlson, my hulking, overlipsticked piano teacher, who once threw a heavy volume of Bach fugues at my head because my sotto voce Liszt was not sotto enough, and the voce not to her liking. Maybe I’m just lazy, over-cocooned, or on the phone too much.

But when I want to take a break, my go to song is Just Like Heaven by The Cure. First, the lead up: a masterful layer cake of crisp drums, rhythm guitars (strumming low), keyboard (comes out of nowhere; dissolves), all in service to the descending guitar riff at the helm. You either like Robert Smith’s post-punk voice—crackling angst set to bright melody—or you don’t. Either way, you can’t deny the poetry of the tragic, minimal verse. Smith has said it’s about hyperventilating, but it seems to be about a boy that loves a girl, before one of them drowns. Very inspiring! —Jean Tang

Need to whip up some seriously good copywriting? Put on our Spotify playlist for maximum productivity. Or, even easier, get us to write the words for you.

A Cheugy Content Marketer’s Guide To Writing for Gen Z