We spend a lot of time thinking about what's in a name—and sometimes we find insight in the most unlikely places. 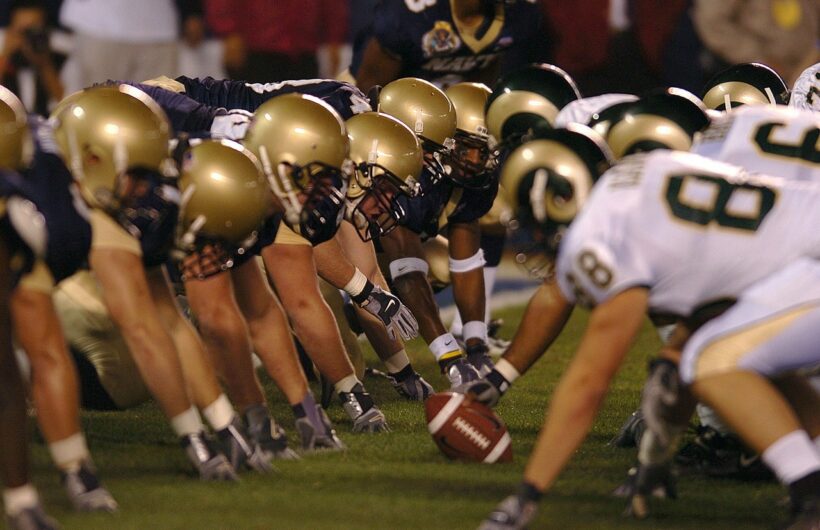 With 32 teams, the NFL features a wide range of talent, history, and popularity. Each team’s fanbase has its own unique attributes and behaviors—such as Steeler Nation waving its “Terrible Towel” and Minnesota’s viking chant of “Skol!” Some fanbases also have well-known nicknames.

Groups of fans, players, or local beat reporters, will often create a name that catches on, and the franchise itself may choose to embrace it—based on how well the nickname fits the team’s marketing efforts.

How do some of the most popular NFL fanbase nicknames hold up under a content strategy lens? And how does a nickname affect a team’s revenue?

Detroit fans use a clever pun in their nickname, but the Lions ranked toward the bottom of the league last season in attendance. The team’s on-field and off-field success used to center around their best player, wide receiver Calvin Johnson—who unexpectedly retired after the 2015 season.

Now, instead of relying on big names to sell tickets and jerseys, the team has shifted its focus to the community. , the Lions have developed sponsorships with local businesses, encouraging fans to show true pride in their city.

This may sound ridiculous to non-football fans/Wisconsin natives, but Packers fans call themselves “Cheeseheads.” In fact, Wisconsinites adopted the nickname after opposing sports fans first used it as an insult. It’s a quirky and unforgettable name, and many fans wear the title with pride—along with a conspicuous cheesehead hat.

After rising to prominence in the late 80s, the “Cheese Hat” has been the hallmark of a true Packers fanatic, uniting fans across the country. The franchise also benefits from cold weather in Green Bay, selling all types of winter apparel and accessories for fans ready to brave “the Frozen Tundra” of Lambeau Field.

After two players came up with the “Dawg Pound” in 1985, the team began showcasing its most passionate fans in a specific section of the stadium. However, when the Browns opened their new stadium in 1999, many long-time fans felt that the team made the “Pound” too corporate and sterile.

“Dawg Pound” conveys a certain brashness—no place for sponsor logos and promotions. As successful copywriters and marketers know, you must understand your audience before you launch a campaign, especially if it involves customer retention. Many Browns fans remain loyal, but the team consistently ranks toward the bottom of the NFL in attendance.

Sports Authority Field at Mile High is one of the toughest places for an NFL team to play. High elevation aside, Broncos fans create an extremely exclusive atmosphere—making it clear to opponents that they don’t belong. The team encourages “Broncos Country” to show up to games decked out in orange, to drown out the colors of opposing teams and fans.

Not only does this by making opposing offenses uncomfortable and inspiring the Broncos’ defense—Denver is always top five in merchandise sales.

Perhaps the most impressive and successful fanbase nickname, Seattle’s “12th Man” brings the entire city together for game time. The Seahawks regularly sell out their home games, and their fans are known for being the loudest in the league—in fact, the stadium’s celebrations have registered as small earthquakes… twice.

Throughout Seattle, you can find “12” gear everywhere, including bars, coffee shops, laundromats, and public transportation. In a league that so often focuses on individual players, as displayed by the Lions, the Seahawks’ “12” jersey remains in the top 15 of NFL jersey sales. The team has even retired the jersey number so no player can ever wear it.

By creating a sense of community and purpose, brands can extend these lessons beyond the football field to launch campaigns that resonate. Words matter, but the strategy behind them is what drives and sustains ROI.

Want to score a touchdown with your audience? Stop throwing up Hail Marys and huddle up with us.