Many YouTube success stories owe their iconic power to one word or phrase. For copywriters, that's the dream—and here's what the vloggers can teach us. 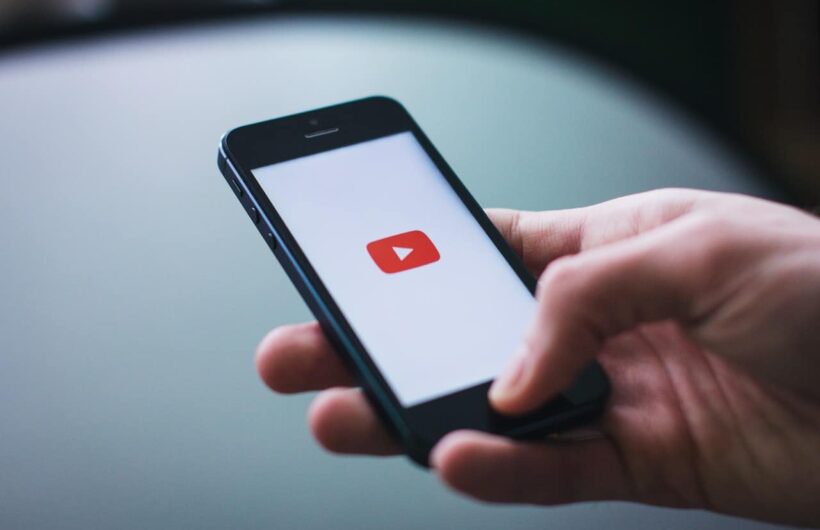 To many, it might sound like any other greeting. But to the 4.6 million people who subscribe to his YouTube channel, that one word (pronounced in his distinctive Sussex accent) will forever conjure the image of vlogger Marcus Butler, an online personality from Brighton, England. You might scoff, but Butler’s almost insultingly simple catchphrase has become such an integral part of his brand that he even sells t-shirts bearing the word (and at the time of writing this, half the designs are sold out).

And Butler is hardly the only YouTuber to have bolstered his brand with a word or phrase so perfectly understated as to become instantly memorable. Ryan Higa, whose channel “nigahiga” currently has over 19 million subscribers accounting for more than 3 billion views, signs off all his videos with a teasing “tee-hee.” Despite some recent controversy, Swedish gamer Felix Kjellberg (better known as PewDiePie) has held onto the crown as YouTube’s most popular star for years, earning around $15 million in 2016 alone—and the distinctive, imitable way he pronounces his online pseudonym has helped him get there.

It’s the YouTubers equivalent of Nike’s “Just do it” slogan, or Coca Cola’s “Taste the Feeling.” Except the latter company has gone through over 40 taglines in its lifetime, costing the company countless millions in re-branding. Comparatively, the success of these online personalities—most of them kids who just picked up a camera one day and hit the jackpot—is staggering. But in the strange landscape that is YouTube, it makes perfect sense.

They’ve just mastered the unique language of the platform, and infused their unique brand through every communication they make. And that’s something every copywriter can admire.

Just like Twitter, Facebook, and industry websites, YouTube has a language that smart content creators adhere to if they want their videos to find a wide audience. But it’s not exactly a unified language—it has plenty of dialects, each brimming with their own slang, buzzwords, in-jokes, and other linguistic cues that fans instantly recognize and enjoy.

Just look at some of the most popular video categories on the website. Imagine clicking on a makeup tutorial and hearing the user chatter away in the rambunctious style of a gaming “Let’s Player.” Sure, you might stick around to see where they’re going with it. Or you might just click away to one of a hundred similar videos vying for your attention.

YouTube users—at least, the ones that make their mark—understand how the platform works. They know the rules of the game, and they are acutely aware of the competition. To navigate this world, they learn to speak the language, and from that they tease out a signature brand. Copywriters can relate. After all, there’s a big difference in style between a blog post and a white paper, and between legal copywriting and healthcare. Rules are made be broken, but a fundamental awareness of the industry and platform is key.

Marketing with a difference

Let’s be realistic: the majority of regular YouTube users are millennials. People of all ages use the site, but those flooding to popular channels like PewDiePie, Markiplier, or Jenna Marbles tend to be young. And young people just aren’t as interested in traditional marketing efforts as they used to be.

The way YouTubers market themselves is a little different. It often relies heavily on irony, self-awareness, and snark—qualities big brands frequently struggle with. But the basic elements are all still there. You’ve got the powerful call-to-action (seriously, don’t forget to like and subscribe guys). There’s that winning signature branding and style. And don’t forget links to more video content and the YouTuber’s other social media accounts. Not to mention any branded merchandise they might be plugging, or partner brands they want to promote.

And their viewers love it. They click the links. They hit subscribe. And they tell their friends.

On YouTube, as with any form marketing, understanding your audience is vital. And while the vast majority of YouTube viewers are suspicious of being marketed to by a corporation, they’re eager to buy what their favorite channel is selling.

You might blame the difference in currency (clicks and shares over cash, for the most part). But there’s more to it than that. It’s marketing couched in familiarity and camaraderie, and by a sense of being part of something when you hear that signature greeting, sign-off, or catchphrase. It’s marketing that doesn’t feel like marketing.

A brand that sells itself

That’s what MarketSmiths does best.

The trick is stripping your marketing strategy back to basics, and starting from there. Through an in-depth strategy session, we find the signature of your brand, and weave it through every word we write. We find the perfect tone to resonate with your industry, audience, and the platforms you post on. Beautifully crafted copy reads YOU in every line, lingering in the mind long after the final word—but it doesn’t feel like sitting through an ad.

Would our ‘Smiths have made great YouTubers in another life? Maybe, but we’re thrilled they became copywriters instead. To find out what we can bring to your brand, get in touch today.

Stop Playing it Safe! Why Being Uncomfortable Makes You a Better Copywriter