Picture This! Extraordinary Movie Taglines That Show the Genius of Quality Copywriting

We've all been drawn in by a great movie tagline—and we all have something to learn from them. We explore some of the great taglines and what lessons they offer to copywriters. 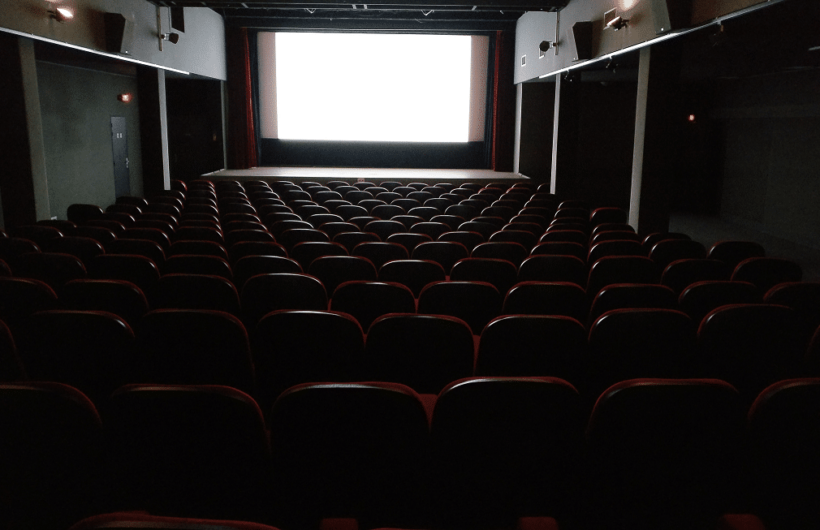 Whether you're got a 90 minute run time or a 30 second elevator pitch, quality copywriting can help get your message across.

Our guest writer Thiago Macklin Lima delves into the world of movie poster taglines to explore the power of brilliant, concise copywriting.

They say a picture is worth a thousand words. But how do you cram that big picture into just a small phrase? In the world of Hollywood movie-making, where millions of dollars are on the line every day, this is a dilemma that copywriters have been adept at solving for decades.

In cinema, as in business, getting your point across quickly and enticing your target audience to learn more is vital to success. This is what copywriters do best. Copywriting teams in Hollywood are experts at hunkering down, sharpening their pencils, and condensing two hours worth of action, adventure, and suspense into as little as a single line of great copy that grabs your attention and stirs your emotions. With so much to say and so little room to say it, movie taglines are the ultimate example of selling a big idea with just a few words.

With millions of ads, links, articles, and videos competing for our ever-shortening attention spans, clear and focused copywriting strategies are more imperative now than ever before. When you’re passionate about your business, it may seem almost impossible to get to the meat of your message and express all the tremendously exciting aspects clients can expect to enjoy when they come along for the ride. This is where the right team of copywriters can make all the difference.

With that in mind let’s look at some of the best movie taglines through the years to see how quality copywriting can help you take your blockbuster concept and turn it into a single line that readers will never forget.

Erin Brockovich: “She brought a small town to its feet and a huge corporation to its knees.”

An unusual film in 1990’s Hollywood because it starred a tough, driven, and unapologetic female lead, Erin Brockovich took home a gamut of awards including Best Picture and Best Director. It won over critics and audiences alike with its uplifting story about an underdog heroine who took on the big guys and came out on top. And its cleverly phrased tagline succeeds in getting that whole inspiring idea across in just fifteen words!

An impassioned summation like this one embodies the sentiment of the film and stirs up thoughts of power, bravery, and grit. It’s a perfect example of how strong copy can draw in an audience, not just through catchy wordplay, but by connecting on an emotional level as well.

Jurassic Park: “A story 65 million years in the making.”

Undoubtedly one of the most successful and iconic movies of all time, Jurassic Park was a certified smash hit that grossed over $1 billion worldwide. It was a film that used the visual technological advancements of the day to bring to life prehistoric predators and capture audiences’ imaginations in a way few motion pictures had ever done before. And that experienced began the second audiences glimpsed the tagline.

Although brevity is crucial to any unforgettable slogan, it should never simplify to the point of diluting the immense story it’s trying to tell. This incredible tagline, though brief, evokes the historical gravity of the film’s concept. It puts its intended audience on alert—this is a once in a lifetime experience for the ages.

Napoleon Dynamite: “He’s out to prove he’s got nothing to prove.”

Probably the most important aspect of any effective copy is that it captures the spirit of the product it is selling and attracts the type of customers who are most likely to appreciate it’s unique essence. This quirky tagline perfectly channels the offbeat comedic oddity that was Napoleon Dynamite.

A wonky, awkward dive into the strange psyche of a socially awkward 16-year-old boy, this film certainly isn’t for everyone. But the fun phrasing of this tagline reached out to a nerdy target audience and offered an invitation to become spiritual soulmates. In turn, it helped make this uncommon gem into an unexpected indie hit.

In the early 2000’s, Ocean’s Eleven went from risky remake to immense commercial success, spawning a trilogy of chic and sexy comedic heist films with an unmistakable brand. So how did Hollywood copywriters sum up this electrifying cinematic caper? A call to action!

At first glance, this tagline seems almost absurdly simple and obvious. Take a closer look, and you’ll see one of the greatest hallmarks of quality copywriting in play. This copy poses a straightforward question to its reader: are you going to miss out, or are you coming along with us for the score of a lifetime?

Sweet, short, and to the point, this is copywriting at it’s best. Selling the product (a heist film) with a phrase that accentuates the stylistic and dramatic tone of its brand, while also offering the reader an irresistible invitation to get in on the operation? We’re in.

At MarketSmiths, we use our combined cinematic imagination to make your company’s copy leap off the (computer) screen. To help you make your business’s big picture a big hit, get in touch today.

Copywriting for Compliance: How the FINRA On Your Shoulder Can Be a Boon for Your Content

How These Two Blogs Bring 3D Printing to Life