Five days at South by Southwest can feel like five years. From personal and political apocalypse to alien life, here are some of the highlights of one copywriter's sojourn at SXSW. 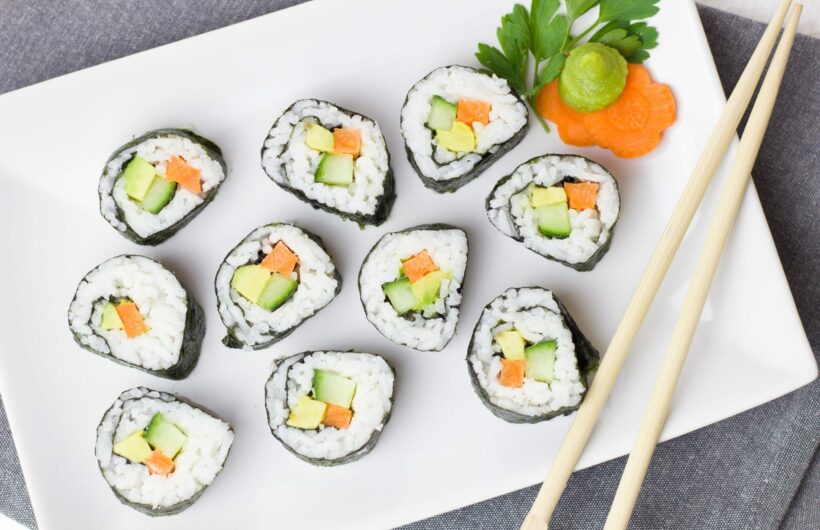 Primitive life on faraway planets. Chefs delegating innovation to technologists. A renewed determination to get my home in order (dammit!) once and for all. These are just a few of the ways this copywriter’s head exploded in Austin, Texas at SXSW from March 11-March 15, 2017. Here’s what I gained after five days in Texas rain and sunshine.

The Last Thing Standing Between You and the Apocalypse

“Every time Trump says we are bad, our subscriptions go up,” said Dean Baquet, the top editor of the New York Times, in an interview with Times media columnist Jim Rutenberg (Covering POTUS: A Conversation with the Failing New York Times).

Hundreds of thousands of new subscribers haven’t balanced the revenue shortfall resulting from the digitization of news, but the Times is nevertheless ratcheting up its investment, hiring more investigative reporters, maintaining bureaus in cities where reporters have been killed, vigorously covering both the distraction stories (what Trump tweets) and the actual ones (nuances of the GOP healthcare bill). The media will carry us through these times, said Baquet, who added that he “levitated” when the paper’s “mission became clear” on the night of the Presidential election.

Amidst writer-to-editor jostling and friendly jabs at the Washington Post (“Marty Baron, forgive me, but your slogan sounds like the new Batman movie”), we learned that Baquet envisions a “robust Times with a huge Washington bureau” that’s deliberately more transparent about the extensive, sometimes death-defying ways stories are obtained. “It bothers me that our audience is so liberal,” he said, acknowledging that preaching to the choir represents a lost opportunity. The upshot? An enjoyable, provocative hour and newfound admiration for my favorite news source.

Getting Sick Kids to Move and Heal—Without Physical Therapy

The teenager was curled up on the floor. He had sickle cell anemia, a disease that can feel like you’re being stabbed by a million tiny daggers inside your body, said moderator J.J. Bouchard, head of digital media for C.S. Mott Children’s Hospital. On a scale of 1 to 10, the patient scored his pain at an 8—“probably more like a 10” to people without his tolerance, said Bouchard.

But Bouchard approached him, and invited him to try on a virtual reality (VR) headset. Within minutes, the patient was ‘painting’ an object viewed on his headset. He played like this for 30 minutes, still in pain but now distracted—and laughing. The movement helped break up the crystals in his bloodstream, and reduced his pain to a 6.

In copywriting for the occasional healthcare client, my team and I are consistently moved by wellness-expanding technologies. Likewise, I found myself tearing up a few times at this coordinated panel event (Advocating VR and Gaming in Hospitals). VR, it turns out, is highly therapeutic: it can dilute pain, promote healing, and even diminish medication, all without the struggle of forcing a sick kid onto a treadmill. Now, Mott and his fellow staffers are using VR and other games to “normalize” hospital stays for kids—adding discovery and growth to an otherwise gloomy experience.

Postscript: Scientists now know how to edit DNA, I’d learned at Jennifer Doudna’s keynote talk about the CRISPR sequence. So maybe, decades from now, the necessity of VR as therapy will lie in our past? One hopes!

The Last Thing Standing Between Me and My Personal Apocalypse

No one that’s visited my Brooklyn apartment—or MarketSmiths’ office—would mistake me for tidy. After consolidating three households into one, I made a few half-hearted attempts at purging. It turns out this isn’t enough to fulfill a lifelong goal of minimalism.

So when I heard about The Life-Changing Magic of Tidying Up, the international bestseller by Marie KonDo, I devoured the book, then spent four weekends carting out bags upon bags of junk. When I heard she would be in Austin, I joined thousands of others to listen.

Smiling and soft-spoken, KonDo credits her grandmother for instilling her with the ability to create happiness from within. KonDo showed us a sequence of before and afters—homes in chaos, followed by ascetic havens—and elicited giggles of self-recognition, followed by gasps of amazement.

KonDo has a keen awareness of how beloved her “movement” is. She also knows that the totality and intensity of her simple message packs comic value. In halting English, looking out over our sea of technologists, she went over her four rules:

She then tackled a pile of filmy sweaters and flimsy dresses, folding them to stand on their own, like a line of colorful soldiers. I left with renewed resolve—and guess what I’m doing this weekend?

Firing the Boss—and Switching to Self-Management

Okay. As founder of our content and copywriting agency, I never thought I’d be intrigued by the idea of going boss-less. But Edwin Jansen of Fitzii and Samantha Slade of percolab did just this, and now they’re growing their businesses using a system of self-management (Growing Your Business Without Bosses).

The two companies follow different rules of governance, with common themes of pooled power and trust. Each enables employees to choose their own roles, rewrite company policies, share decision-making, and manage both themselves—and their teammates (through feedback). Employees level up their duties, proactively doing what’s needed rather than claiming it’s ‘not their job.’

Slade explained what percolab’s system is not. It’s not an autocracy (unilateral, top-down, quick), not a democracy (produces winners and losers), and not a collective (requires consensus, results in stagnation and compromise). Instead, it’s consent-based, resulting in “generative decision-making with action at its heart.” Someone says “I propose,” all vote—and any changes take immediate effect.

Both Slade and Jansen were astonished at the power of the implicit social contract, aka peer pressure. Take an employee that wants a raise. At Fitzii, the employee would need to interview subject matter experts (people familiar with his impact) and then propose the raise to a peer-populated budget committee. The company then considers who wants what, who’s worth what, and what’s left over—and gives the employee a chance to adjust his request. “Half our team pays themselves less money than they’d be asking for if management set their salary,” said Jansen.

As I left the session, emailing my team to coordinate schedules and workloads, I thought longingly about the freedom of self-management, and bought this book.

Self-running companies isn’t the only radical idea I heard at SXSW this year. On one end of the spectrum, Sally Susman, an executive VP at Pfizer, called for the mass hiring of seniors in ‘returnships’; her pioneering program put a just-retired Merrill Lynch executive amidst summer interns, resulting in a triple win (The Boomer Millennial: A Retiree Becomes an Intern).

On the other end, Parag Khanna, global strategist and four-time author, called for the reinvention of the federal government. Among other things, he promotes the abolishment of the U.S. Senate (no need for an elite lawmaking body), technocracy over democracy (professional policymakers unaffiliated with politicians or parties), a multi-party vs. two-party system (like Darwinism for party politics, which encourages competition and coalition building), and massive infrastructure investments, in contrast to our half-finished roads and lack of a high-speed railway. I walked away in a cloud of fuzzy understandings, wanting to read his book—and to help him with his marketing and copywriting.

Robots + Wearables: Past Imagination But Short of Astonishment?

Surprisingly, I was not inspired by the A.I. and wearables sessions I attended. At one, the robots—a robot conversing with an android—kept malfunctioning (but after understanding that one of them loves sushi). At another, the panelists took advantage of the situation to pitch their taste innovation companies, rather than cast them into the context of an exciting future. At a third, Levi and Google fell flat with a self-involved discussion about a smartphone-enabling bike jacket that, frankly, didn’t seem very revolutionary.

Only Dark Days: AI and the Rise of Fascism, by academic Kate Crawford, had me scribbling furiously (since my phone battery had died by then, KonDo would note with approval what I was scribbling INTO: a book about renouncing material possessions, given to me by a monk on the street). Through history, the three notable characteristics of fascism have been:

Sound familiar? She then went on to talk about some of the scarier ways that machine learning can, however inadvertently, drive these forward—as with an app called “Faception,” which performs “facial personality profiling.” Blond hair, blue eyes? You’re a kindergarten teacher. Beard and dark skin? You’re a terrorist. Yikes!! Luckily, Crawford ended on a note of hope: how we can remove fascism-advancing bias, and resist.

Life on Other Planets

I didn’t understand a lot that was said by the four Ph.D.s at Are We Alone? A Discussion on Space Exploration: adaptive optics, orbital periods, spectrographs. I got the gist of it: scientists are searching for life-supporting chemical signatures from thousands of light years away, requiring an uber-powerful telescope (Giant Magellan Telescope or #GMTelescope), which has instruments that account for the ‘wobble’ of gravity, the shifts of orbit, the brightness of the surrounding stars, etc. Sound right? Let’s say it is.

I’m bullish on the existence of life on other planets—and it’s not just because I find it arrogant to believe we’re unique. It was reassuring to hear one astronomer tell us her belief: we are not alone.

The numbers in these pictures speak for themselves (from a marketing strategy standpoint, it helps that these graphics are so hip!). The panel surmised that extraterrestrial life is likely more primitive (dinosaurs) than advanced (every sci-fi movie ever made). So if we are really not alone in the universe, the chances of destruction or colonization are super-low.

Which means we have time to save the world with better content. And fascists have time to destroy it. Oy. I’m inspired but not sure where to start.

If Marketing Copy Won Oscars, These Standouts Would Sweep the Awards