Ever wonder if commas are really so important? One Oregon dairy company found out the hard way that yes, they are. We explore the power of the humble Oxford comma and why it matters. 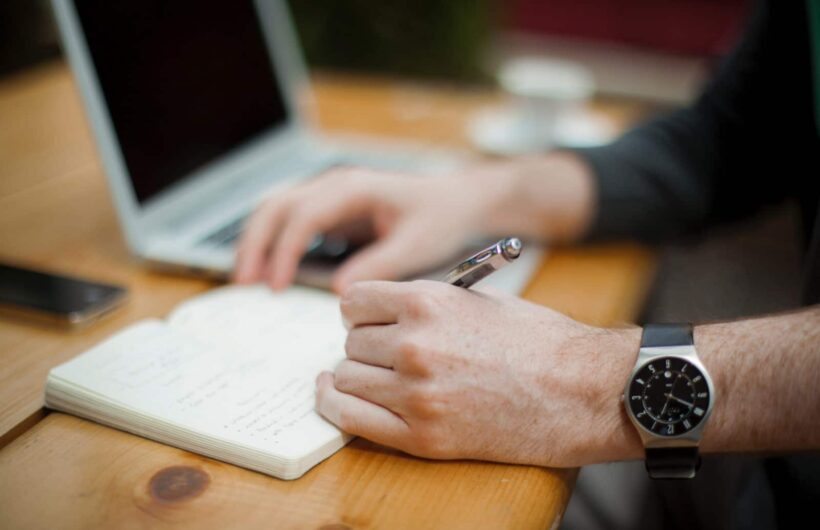 The humble comma. Its modern usage is hotly disputed. On social media, it’s in decline. But growing complacent about it could be costly—as a dairy company in Portland, Me. is finding this out the hard way.

As a result of grammar guidelines in the Maine Legislative Drafting Manual, an unnecessarily ambiguous state law concerning overtime rules led to a class-action lawsuit. The problem? The absence of an Oxford comma in a passage listing overtime exemptions.

It might not sound like a big deal. But with around 75 employees at Maine’s Oakhurst Dairy questioning whether they are entitled to over four years’ worth of overtime pay, that absent comma sparked a costly debate.

The company believed they were adhering to the law. Others disputed what work the law applied to. Employees sued. And last week, the United States Court of Appeals handed down a decision in favor of employees that could cost Oakhurst Dairy as much $10 million. All thanks to a comma, or lack thereof.

As diligent defenders of good grammar, we feel it’s high time we explore this divisive issue. So sharpen your pencils and open your textbooks to page five—today’s lesson is a copywriter’s take on the comma.

We’ve already discussed at length how the internet is changing the way we write, and the way we talk. If you’ve ever caught yourself saying “lol” in place of actually laughing out loud, you’ll know what I mean. Memes, slang, and acronyms from the world of internet-speak have entered the vernacular as seamlessly as many of Shakespreare’s unique phrases did back in the 16th century.

But one of the biggest impacts the internet has had on writing has taken place at the level of grammar and punctuation. Thanks to strict character limitations on Twitter, people are writing more concisely than ever—often sacrificing punctuation altogether if it means fitting in another word. When they do use it, it’s often deliberately ungrammatical to create emphasis (Sentences. Like. This.) or structured for aesthetic purposes like emoticons. What’s a stickler for good grammar to do? ¯\_(ツ)_/¯

Some predict this trend is leading to the death of the comma, both on- and offline. But as articles like this one from Buzzfeed demonstrate, we aren’t ready to abolish it just yet. After all, we still love to chuckle at sentences that take on a whole new meaning when commas are skipped—like listing “baking children and animals” as things you enjoy. That’s not something you want to admit!

As examples like the one above highlight, commas play a significant role in providing linguistic clarity. The comma in “baking, children and animals” makes the reader instantly aware that the baking involved is not of the cannibalistic variety.

But should the sentence contain an Oxford comma as well? As copywriters, we would argue—yes! And not just for the sake of pedantry. Let us explain.

The sentence “baking, children and animals” is still somewhat ambiguous. It could be read in the same way you’d read “I love you, Mr. Darcy.” It’s possible to misinterpret the list as being directed toward the subjects at the end of the sentence—as in, telling the children and animals that you like baking.

You might think we’re splitting hairs. But clarity is important. In marketing, as in law, it’s vital to ensure the reader is in no doubt as to what you mean. For copywriters, a missing comma might not be the difference between winning and losing a multi-million dollar lawsuit—but the extra second it takes a reader to make sense of what we’re trying to say can impact how persuasive our copy is.

The case for the comma

We love commas for another reason. They provide those little pauses in writing that make sentences easier and more natural to read. They allow you to absorb what you’re reading without needing to think about it.

Consider how you would say the phrase “baking, children, and animals” out loud. Automatically, you would leave a slight pause after both the first and second words to stress the separateness of the things you’re listing. These pauses are replicated in the written sentence through the correct use of commas, including the Oxford comma. The commas convey a message to your brain about how the sentence should be read. Without even knowing you’re doing it, you read the sentence exactly as the writer intended, with the same pauses and emphases, and the meaning intact.

So yes, we love the comma. Whether it’s providing protection against lawsuits or ensuring you don’t accidentally admit to unlawful eating habits, the comma is your friend and, used correctly, a valiant ally. Use it sparingly if you must, but use it wisely. And remember, if a sentence seems ambiguous without it—however unlikely you think it is that people will be confused—either use the trusty Oxford comma, or rewrite. It could save you millions.

Looking for a copywriting agency that pays keen attention to the finer details as well as the big picture? Look no further. To find out more about our copywriting services, get in touch today!

How Vicarious Reimagines Robotic Surgery with Copywriting that Inspires