In order to appeal to Hispanic consumers, it's crucial to avoid lazy and potentially offensive stereotypes. We look at seven myths and debunk them by looking to the truth behind the lie. 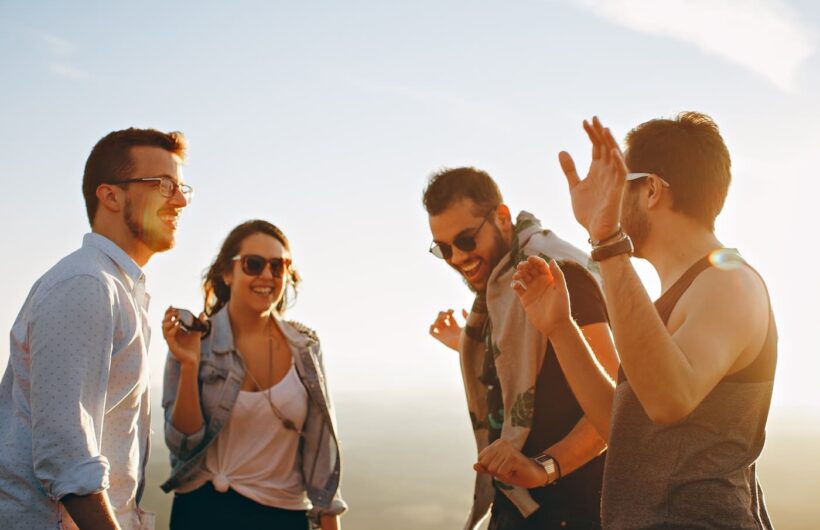 If you want to connect with Hispanics, ditch the stereotypes.

Stereotypes can be funny when they’re in a film or a sketch comedy. Think SNL’s hilarious send up of millennials or Reese Witherspoon as Elle Woods in Legally Blonde. These portrayals are funny because they’re a) meant to be funny, and b) created by their intended targets. When these criteria aren’t met, stereotypes are decidedly unfunny, not to mention offensive and harmful to the communities they depict.

When it comes to marketing campaigns, stereotyping is also ineffective. Though based more on false assumptions than active stereotyping—this is what I choose to believe, at least—subscribing to the myths around Hispanics and Latino Americans will cause your audience to tune out. It will also cause them, because Hispanics are incredibly social media savvy, to tell their friends and family to do the same.

So how do you avoid cliches and myths when creating your Hispanic media marketing strategy? The answer is simple: You debunk the myths with facts. Below are 7 marketing-specific stats on Latinos. They shouldn’t surprise you, but if they do, here’s advice in the form of my nine-year-old godson’s favorite punchline: “Ketch-up.”

MYTH #1: Most Hispanics in the U.S. are immigrants.

TRUTH: The majority of Hispanics were born in the U.S.

While the Hispanic market has exploded in the last 30 years, growing from 14.8 million in 1980 to 55 million in 2014, much of that growth comprises births within the U.S. In recent years, Latinos born in the U.S. have outnumbered Latino immigrants, and Pew Research forecasts that by 2020, Latino immigration to the U.S. will account for less than 25% of total Latino population in the U.S.

How does this impact marketing? The current “core” Latino market, defined as unacculturated, Spanish-dominant Latin American immigrants who prefer their marketing in Spanish, is aging and stagnant. It is not a growth market. Conversely, the acculturated Latino audience is growing. New strategies are required to address its needs, values, and aspirations.

Myth #2 is an extension of Myth #1 (e.g. if the “core” Latino audience is Spanish dominant, so too should be its marketing). In fact, research shows the opposite is true, but with one caveat: Hispanics want more English-language advertising, but only if it addresses their Hispanic identity. In a 2015 Google and Ipsos Media CT study, 88% of survey respondents said they paid more attention to ads that incorporate aspects of Hispanic culture, and 41% said they felt more favorable about a brand that aimed to be culturally relevant. While this was true for both English- and Spanish-language advertising and marketing, recent Pew Research indicates that a record 35 million Hispanics ages 5 and older are English-proficient, up from 19 million in 2000. Among this group, more than 14 million Hispanics speak only English at home. These findings should inspire marketing professionals to reexamine how they spend their Hispanic media budgets.

Evette Rios, a Latina lifestyle blogger, TV host, and influencer, says marketers speak to Latinos in one of two ways: “In Spanish full of straight-off-the-boat idiomatic expressions and stereotypical imagery” or as consumers guided by general market messaging that “rings hollow for our community.” She suggests a new marketing model that combines the “old world” values of immigrant parents and/or grandparents with the modern needs of the acculturated Latino.

MYTH #3: Hispanic only influence other Hispanics.

Latinos are digitally savvy and prolific on social media. But does their sphere of influence extend beyond fellow Latinos? One need only look at the proliferation of Latino culture and traditions—and their penetration into the general market—for the answer. Pottery Barn sells Día de los Muertos decorations; YouTube hosts hundreds of “How to make sugar skulls” and “La Catrina face painting tutorials;” and Jennifer Lopez is a national obsession.

According to Stacie Armas, vice president of strategic initiatives & consumer engagement at Nielsen, ambicultural Latinas—Hispanic women who move fluidly between cultures—drive intercultural affinity by sharing their root culture with everyone from family and friends to coworkers and spouses. (As an example: Over a fifth of married Hispanic women have non-Hispanic spouses, and 10% are married to someone of a different race.) “Latinas are truly at the forefront of this crossover trend,” notes Armas.

TRUTH: The U.S. Hispanic population draws from an increasingly diverse mix of countries.

In 2015, U.S. Hispanics of Mexican origin accounted for 63.3% (36 million) of the nation’s Hispanic population. This reflects a decline from its peak of 65.7 in 2008. The share among non-Mexican origin groups, however, increased 2.4% from 2008 to 2015. Among the largest contributors to this growth are Puerto Ricans, Salvadorans, Cubans, and Dominicans.

A 2017 Nielsen study showed that there were nearly 1.5 million Latina-majority owned businesses in the U.S., representing 87% growth over the previous five years and far outpacing the 27% growth by total female majority-owned firms. Even more interesting is the fact that Latina majority-owned firms comprise 44% of all Hispanic-owned firms, and 15% of all female-owned firms. Translation: Latinas are entrepreneurs with money to spend.

TRUTH: Latino affluence is on the rise.

What’s more, Hispanic affluence is growing at a faster rate than the affluence of non-Hispanics. According to Ad Age, Hispanics earning annual salaries of $100,000 or more grew 221% in the last decade, as compared to 87% for the total population. The takeaway: That’s a lot of discretionary income.

TRUTH: College attendance among Latinos is at an all-time high.

To refine your Hispanic media marketing strategy and craft copy that speaks to Latino values, email the writers at MarketSmiths today.

The 5 Most Powerful Modern SEO Priorities for Content (Hint: This Goes Beyond Keywords)

What We Can Learn from Spotify’s Cringeworthy Copy