Does “Fake News” Impact Marketing? Here’s What You Need to Know

"Fake news" is itself big news. In a sea of made-up and misleading headlines, here's what you need to keep in mind, whether you're a content writer or marketing strategist, to ride the waves. 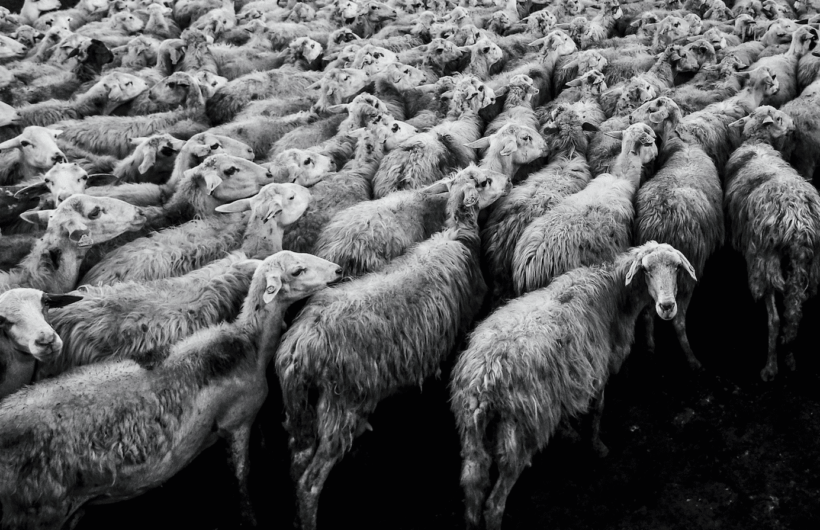 The spread of fake news tells us a lot about human nature. Here's what every marketer needs to know about this powerful phenomenon.

Did you hear these stories?

Sarah Palin boycotted The Mall of America for its black Santa.

If you didn’t, don’t worry because they’re fake news—three of the top 50 fake news stories of the last two years, in fact. But while you might not have heard them, millions of your fellow Americans did, and a good number of them believed they were true.

So exactly how widespread is the fake news phenomenon?

American trust in advertising and marketing was equally affected, with consumers placing an ever-increasing value on peer-to-peer recommendations. What does all of this mean for your marketing strategy? Read on.

The Data: What You Need To Know

A 2016 study showed that 59% of the links that are shared on social networks aren’t actually clicked on at all. To put it another way: More than half of the articles people are sharing aren’t being read by the people who share them. So what makes them share? The headlines.

The Impact of Sharing is Infinite

The 2.8 million shares analyzed in the above mentioned study yielded 75 billion—that’s billion with a capital “B”—potential impressions on social media and 9.6 million clicks to 59,088 unique resources. Some of these shares will be retracted or their content will be revealed as inaccurate. The impressions, however, remain. In the same way that a jury can’t “unhear” a sustained argument, neither can consumers “unsee” a false headline. Said headline’s claim, no matter how absurd, lives on in the consumer psyche. The consequence is reinforcement—of opinions, behavior, and spending.

The source of fake news is fake authority. But when it comes to appearance, the distance between legitimate news sites and fake news sites is next to nil. Familiar logos and impressive tickers make it hard, even for seasoned news junkies, to distinguish between authoritative websites and those masquerading as such. The result is an audience that is receptive to even the most outlandish ideas.

The Psychology: Why Fake News Works

The data suggests that consumers are either either unwilling or unable to discern fact from fiction. Actually, it’s the human brain’s cognitive biases that cause us to unwittingly share fake news.

While cognitive biases can sometimes serve us–for example, they reinforce agreed-upon behaviors like “wait your turn” and “thou shalt not kill” with rewards like civility and, well, not being killed–they can also harm us. In the case of fake news, two types of cognitive bias are the most damaging.

We’ve all heard the phrase “jumping on the bandwagon.” But what you might not know is that our brains are actually wired to follow the crowd. With the bandwagon effect, popularity begets more popularity, and social acceptance supersedes science and research as proof of what’s right and true. Fake news, as evidenced in the above data, flourishes thanks to this cognitive bias. Hint: So, too, do marketing strategies like compiling user testimonials.

In this cognitive bias, consumers are repeatedly conditioned to think of a person, idea, or event within a specific context. For example, framing and priming often pave the way for political sound bites. Love him or loathe him, there’s no denying that Donald Trump executes framing and priming to spectacular effect. Think “Crooked Hillary” and “No collusion.”). Framing and priming are also the origin story of almost all marketing campaigns.

The Takeaways: How You Can Respond

In a world of fake news, trust is paramount. Network Research found that 20% of consumers favor brands sponsoring advertorials when those advertorials are published in trusted outlets. This was true when consumers were both familiar and unfamiliar with the brand.

Conversely, placing an advertorial in an untrusted outlet reduced existing favorable opinions among 19% of consumers.

The takeaway: Only and always publish your marketing content in legitimate outlets that publish properly researched and cited stories.

Stay Away from Unbranded Microsites

If you’re operating an unbranded website, a word of advice (literally, just one word): Stop. Unbranded microsites with teeny, tiny logos at the bottom of the homepage–or worse, with no disclosure at all–are, as demonstrated by the above mentioned Network Research, diminishing your credibility.

The takeaway: Fake news has increased consumer scrutiny. Skip the slippery marketing tactics and stamp your website and all its content with a clearly displayed logo.

Own Your Bias, Rather Than Deny It

And speaking of microsites… Most marketing content is financially supported by a single brand, which means that it is inherently prejudicial. Don’t deny this prejudice. Own it. Follow that ownership with an authentic, accurately cited, and well-written story that inspires, educates, and entertains.

The takeaway: Honesty really is the best policy. Marketing content that acknowledges its partiality while providing added value engenders respect and brand loyalty among consumers.

For smart, honest copy that generates trust among your readers, get in touch with the copywriters at Marketsmiths today.

The Robot is In: How to Instill Trust When Marketing Robotic Surgery