How Great Copywriting Has Shaped America at Every Turn

On Independence Day, we consider the ways that America has been shaped by the skills that define great copywriting—from the Declaration of Independence to the Lend-Lease Program. 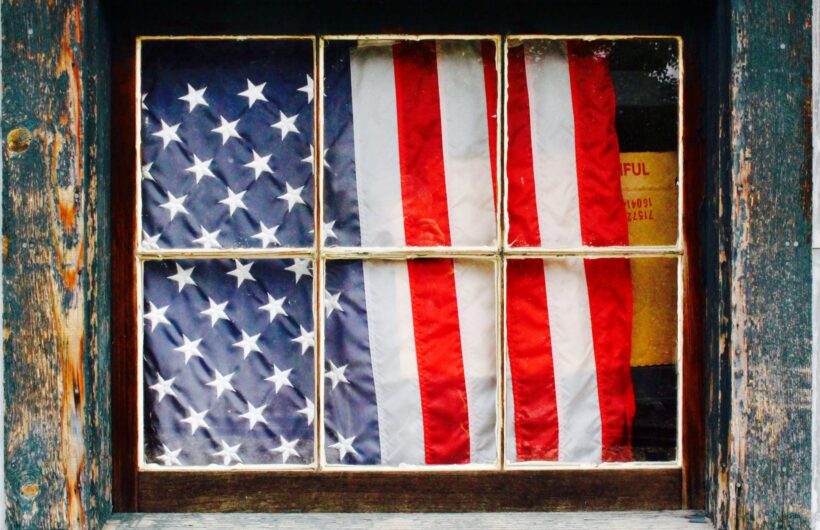 You thought copywriting was just about selling products and services. But that's just the tip of the iceberg. See how some of our nation's greatest leaders have employed the craft of copywriting to make this nation what it is today.

It’s that time of year again. Fireworks light the sky, the scent of grills fills the air, and families and friends gather to eat, drink, and blow stuff up in celebration of the day our nation declared its independence. It’s the Fourth of July!

In the spirit of the holiday, I thought I’d take a walk back through U.S. history to look at some of the great copywriting moments that shaped this country’s destiny.

What’s that you say? What does copywriting have to do with U.S. history?

Not long ago, I’d have asked the same question. But then I encountered a copywriting mentor who dropped an eye-opening insight on me:

Copywriting is a combination of speechwriting and poetry.

With that teaching, copywriting was instantly elevated in my mind. Suddenly, it went from using words to sell products and services to a form of writing that could shape the very nature of human experience. From that point forward, I began to view everything from Homer’s Odyssey to Barack Obama’s “Yes, We Can,” as examples of copywriting.

That said, let’s look at a few examples of how copywriting’s underlying principles and practices have been instrumental in making The United States of America what it is today.

The Declaration of Independence

When he penned the famous “When in the Course of human events it becomes necessary…” opening line, Thomas Jefferson employed one of the essentials of good copywriting: tell a story.

Rather than saying “we should do this, we should do that,” he plunks the reader into the river of time, painting them as the hero at a crossroads of a new journey. This is bigger than petty political grievances—this is humanity’s birthright. Classic Joseph Campbell stuff.

From there, things get lofty—and why shouldn’t they? We’re inspiring revolution here. Jefferson doesn’t propose to “break” bonds, but rather to “dissolve” them. He doesn’t suggest that people should “take” power, but rather “assume” it. And, importantly, he doesn’t proclaim to be superior than his oppressors. He simply wants what anybody would: “separate and equal station.”

In writing The Declaration of Independence, Jefferson does what all good copywriters  should do—articulate a compelling point of view, in an appropriate tone, that inspires an audience to strive toward something better.

What’s in it for me? That’s the first question all good copy needs to answer. Otherwise, you’ll quickly find yourself without a reader. The U.S. Constitution doesn’t waste any time:

We the People of the United States, in Order to form a more perfect Union, establish Justice, insure domestic Tranquility, provide for the common defence, promote the general Welfare, and secure the Blessings of Liberty to ourselves and our Posterity, do ordain and establish this Constitution for the United States of America.

A perfect union. Justice. Tranquility. The blessings of Liberty. From the first word, the Constitution clearly articulated the benefits it aimed to deliver to the people.

From there, our forefathers tackle an equally important component of copywriting—differentiation. Each of the Articles says, in essence, “this is how we do things around here,” a critical component of connecting with any audience. We only source locally. We don’t charge late fees. We’ll never sell your info.

By clearly articulating how you do things (usually an extension of your values), you help others see what sets you apart, and decide whether or not they want in. And in defining precisely how America would be different from other nations, the (copy)writers of the Constitution do this perfectly.

At only 273 words long—barely 10 sentences—The Gettysburg Address was among the shortest of Lincoln’s speeches. But it has come to be his best known by a long shot. In just two minutes, Lincoln managed to convey, in dramatic and memorable fashion, where we’ve come from:

Four score and seven years ago our fathers brought forth on this continent, a new nation…

Now we are engaged in a great civil war…

And where we need to go:

It’s a masterwork of concision, the ultimate aim of any copywriter.

And a lesson every communicator would do well to bear in mind. Nobody wants to wind up like Edward Everett—who spoke for nearly two hours at Gettysburg before Lincoln took the stage. No wonder Lincoln wanted to get in and out so quickly!

Martin Luther Kings Jr.’s “I Have a Dream”

Next, let’s take at one of the most immaculate instances of communication in our nation’s history—Martin Luther King Jr.’s landmark “I Have a Dream” speech. As we’ll see, King employed some powerful copywriting techniques along the way.

First, as Nancy Duarte illustrates so brilliantly, King toggles back and forth between what is and what could be—known as the “before” and “after” in advertising:

It is obvious today that America has defaulted on this promissory note insofar as her citizens of color are concerned. Instead of honoring this sacred obligation, America has given the Negro people a bad check, a check which has come back marked “insufficient funds.”

By steadily moving you back and forth in time, King rhythmically stirs your emotions, gradually intensifying your desire for a future where all is as it should be.

This momentous decree came as a great beacon light of hope to millions of Negro slaves who had been seared in the flames of withering injustice. It came as a joyous daybreak to end the long night of their captivity.

Light of hope… seared in flames… withering injustice… joyous daybreak… long night of captivity. My God, I get chills just typing those words! Who could not be moved by them? You can feel, see, and practically touch them.

Leading you through an escalating before-and-after narrative, and using powerful word pictures as he does, Martin Luther King Jr. certainly employed the craft of copywriting to powerful effect in a speech that proved to be a seminal turning point in U.S. history.

The year is 1941. World War II has broken out and England is running out of money to pay for the weapons it’s purchased from the U.S.

Although America had yet to officially enter the war, President Roosevelt wanted to help. So he came up with a proposal that would allow England to borrow and return munitions instead of having to buy them outright.

His idea was met with resistance from the American public, but Roosevelt knew what every great copywriter knows—a good analogy can can work wonders in overcoming resistance. Here’s how he presented what would become the Lend-Lease policy to the American people during a press conference:

Suppose my neighbor’s home catches fire, and I have a length of garden hose four or five hundred feet away. If he can take my garden hose and connect it up with his hydrant, I may help him to put out his fire. I don’t say to him before that operation, “Neighbor, my garden hose cost me $15; you have to pay me $15 for it.” I don’t want $15—I want my garden hose back after the fire is over.

From the language that founded our nation, to the powerful words that have propelled it forward, I’ve come to learn that it’s all great copywriting.

There are so many wonderful examples that have contributed of our nation’s development, it was hard to choose just five. Maybe next Fourth of July, I’ll tackle another round. In the meantime, Happy Fourth everyone!

And if you’d like help harnessing the power of great copywriting to build a business, brand, or, idea of your own, get in touch.

On the Creative Process: The Squiggly Line, Creativity, and Effective Copywriting

Badvertising: Be My Vegan Valentine?