The most effective B2B content draws on the power of human psychology—not just our desires, but also our greatest fears. Here's how you can craft thrillingly good copy—the kind that lingers in your audience's mind for days. 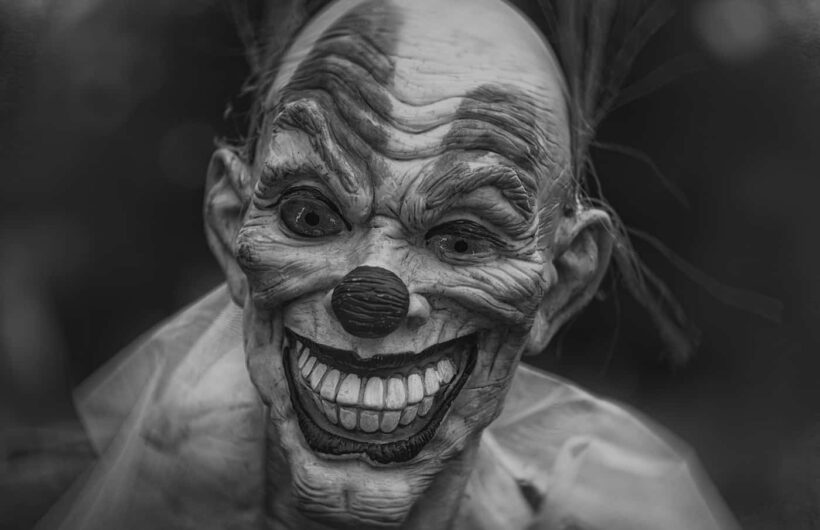 Sometimes prospects need to be scared out of their complacency.

Happy Halloween, everyone! Today, on this most chilling of holidays, let’s take a moment to address a common misconception among B2B marketers: that their audience’s concerns are less painful, less tortuous, and less terrifying than your average Joe-on-Main-Street’s troubles. While we tend to think of B2C brands as being the masters of using fear to spur consumer action, they hardly have a monopoly on this most powerful and effective motivator.

And the sooner B2B marketers realize this, the better.

That’s because with large scale initiatives, and sometimes hundreds of employees and millions of dollars on the line, B2B prospects are often the ripest, and most fearful of all low-hanging fruit. At this particularly nail-biting time of year, these employees are running scared: year-end spending is due, Finance is breathing down their neck. And they know that hiding behind the walls of their corner offices, the C-Suite is watching…

To prove that point, marketing blogger Dan Stelter surveyed over 100 B2B company homepages, and found that over 75% entirely missed a (sometimes obvious) moment to include or exploit their audience’s personal frictions or fear of failure. “More than three-fourths of the companies weren’t sophisticated enough to include content that got to their audience’s pain points. And of those that did, most did not make me feel it. [That’s an] opportunity missed.”

So in the spirit of the season, here are a few tips on how to take a simple B2B customer concern, and elevate it into epic, personal, and frightful proportions:

Hit ‘em where it hurts

Marketers are often taught to promote products and services by layering on benefit after benefit until a product’s value is clear. But as business guru Dan Kennedy points out, “People are more likely to act to avoid pain, than to get gain.” To that end, marketers might be better off focusing not on the ways a product or service might offer a net benefit, but how it might help a prospect avoid a net LOSS. What’s at risk for them personally? Professionally? Spell it out in vivid detail. In other words, spook that prospect into acting in their own best interest—and watch as quickened pulses turn into clicks, calls, and sales.

Fear can come in many frightful flavors—and not all scare tactics are created equal. What makes one prospect’s blood run cold might have zero effect on another. So it’s important to strategically hone in on the most persuasive of all possible nightmares, at every level of your sales funnel, and for every step of the buying process. Such as:

By knowing—and naming—thy prospect’s nightmare, it becomes easier to sell a solution. So whether the source of your customer’s concern is something they’ve experienced in the past, are suffering through now, or worry about in the future—plan on feeding their insecurities with a very specific image of what life will be like if they fail to heed your warnings.

Can’t figure out what deep, dark fear is keeping your prospect up at night?  Kapost compiled some stats that suggest that benefits offering personal value can have twice the impact of business value in B2B marketing. And frankly, this principle perfectly parallels with MarketSmith’s own content philosophy: it doesn’t matter what you’re peddling, or if it’s to a company or a consumer—at the other end of your copy is another human being. And this reader’s problems are probably a lot like our problems, just in a different costume.

So use empathy to walk in a prospect’s shoes, all the way back home to where their true anxieties reside. Make a problem—say, the lack of a streamlined content management system—about more than just a simple work frustration. Think about it: a slick new content platform is not only going to help your prospect organize their digital assets, it’s also going to make them appear better at their job. But when a Creative can’t put their hands on needed assets quickly: efficiency drops, stress levels rise, and suddenly, you’ve injected a sense that their performance—and therefore their job security and even future employment—could be in jeopardy. And if this doesn’t strike fear in the heart of your prospective buyer… well, then they’re probably dead inside already.

Get close, but not too close

Big data affords us the luxury of customizing content to target a very specific kind of audience—and usually, this is a great thing. Personalization enables marketers to deliver the most relevant material to their intended customers (and is a pretty basic component of digital marketing). But there is such a thing as overkill.

When you over-personalize content to the exclusion of other stakeholders, you may cause the buyer to focus too narrowly on their own needs and lose sight of the bigger picture. Your message, as it gets passed down the line of decision-makers, could miss an opportunity to speak more broadly to the goals of the entire team, department, or company.

So unless it’s planned as a more calculated marketing effort, avoid copy that names specific job titles or competitor products, or uses job-specific jargon. Instead, consider how your message reads to several different kinds of buyers at varying levels of your target companies. Does it pass the scare test? In other words, even if your message is tailored to an associate, is it alarming enough to scare the wits out of a senior leader, too? If so, you know it’s doing a disturbingly good job.

At the end of the day, marketers are here to scare up business and if we have to rely on our darkest of witchcrafts to do it, well then, I say so be it. After all, if you can help solve the customer’s problem… ease that nightmare keeping them up at all hours…then don’t be surprised if you win their attention for good.

Is your company looking for copy that stings? Content that kills? Howl at us.

How KnowBe4 is Building the Army to Combat Ransomware