These days, self-deprecation is all the rage. It can breathe new life into your brand voice, captivating millennials and boomers alike—but only when executed correctly. Here's how to embrace this risky but rewarding tactic. 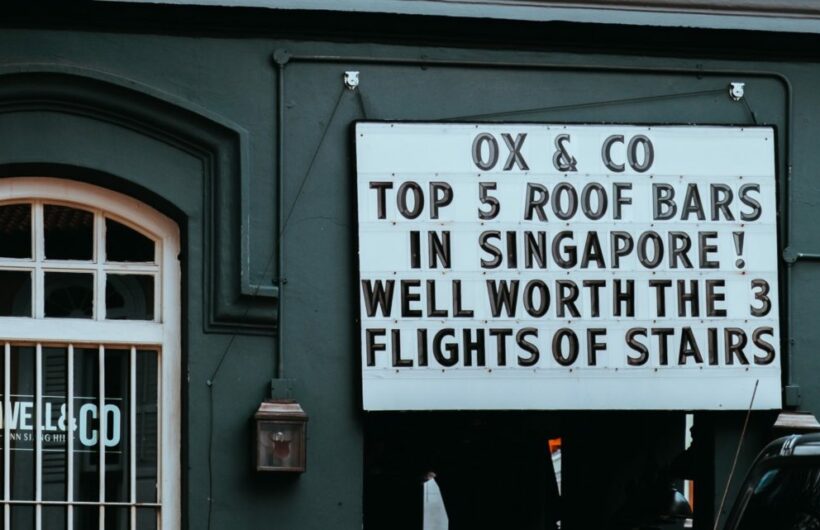 Nobody's perfect! But when self-deprecating humor is used well, it can make your brand look surprisingly attractive.

Truth in advertising may be moral code, but these days it’s almost du jour for brands to be so honest as to shock. Increasingly “ad agnostic” millennials are driving an upward trend of brands poking fun of themselves in advertising, website copy, platform tutorials, error messages—basically taking any opportunity to stand apart from legacy brands who haven’t caught up to a more hip, humble sense of humor.

But this begs the question: is it possible to go too far? Are younger brands alienating older customers with brand messaging that comes off as unprofessional, disreputable, or even flippant?

Despite baby boomers having held the long-time reputation for being far more brand-loyal than their offspring, a recent survey showed that a whopping 93% of surveyed shoppers over the age of 55 say they’re no longer beholden to their favorite brands. And millennials never were: while their parents and even their Gen X older siblings had far less choice (on everything from canned soup to mattresses to media outlets), millennials are practically drowning in it—along with the dripping apathy produced by this overabundance.

This is where a strong, consistent, and unexpected brand voice can step in to disarm reluctant consumers of all age groups. One that doesn’t boast, that doesn’t take itself too seriously, and that certainly doesn’t mind having some fun at its own expense.

Tumblr is so easy to use that it’s hard to explain.

Okay, it’s not actually hard to explain. We lied. But now you understand this thing. So come on in.”

On its face, it might seem like self-deprecation could be risky, even irresponsible: projecting doubt into the mind of your consumer could draw attention to negatives they might not otherwise see—or worse, force them to decide whether the humor is an actual contradiction or not. Uh, awkward!

Yet, the trend persists, and it makes sense: studies have demonstrated that humans employ all kinds of self-deprecating behavior to level the playing field among peers. When attracting sexual partners, for example, a study from Evolutionary Psychology showed that women viewed self-deprecating humor in high-status men as both charming and attractive.

Marketers could tease out a lesson or two here. Assuming millennials are getting harder to win over while their parents are actually becoming less rigid about brand loyalty, it’d be worth it to start paying attention to the casual and slightly acerbic tones that are attracting all the flies these days.

So is there a line between too-composed and too-cool?

Surely. But only the copywriters and brands who know how to nail it realize its power. Charming, effective, reflective, self-deprecating copy seems to require, well, swagger. And pulling it off can be well-worth the market share. Just ask Old Spice, a still-potent brand even after decades of wear:

In the meantime, here are a few ways to employ the art of self-deprecation in your copywriting, without compromising your audience, your authenticity—or your professionalism.

Don’t humble-brag unless you’ve got the chops to back it up.

Warning! Per the above study about humbleness and attraction: there’s a catch. A big one. It only works if you’re already in a position of power. Among lower-status men, self-deprecating humor was viewed as a weakness, not an asset. So ensure the company is in a good position before taking a swipe at the industry, product, or brand. If you’re an Alpha, you’ve earned the right to poke fun at yourself and consumers may even fall in love with you for it. But if your company is still in Beta and you’ve yet to win over your target consumer, well-meaning jokes could backfire.

Financial Times columnist Lisa Kellaway put it best: “Self-deprecation is only dangerous if there’s any chance at all that the person you are talking to might agree with it.” So, copywriters, proceed with caution: if a brand is new, best to work your way up before putting yourself down.

Don’t be self-deprecating just for the laugh of it. Do it because the joke either highlights a point you’re trying to make, a tip you’re trying to share, or offers an opportunity to inform or assist in some tangible way. Then, you can appeal to both millennials and a diverse group of consumers—who may or may not appreciate the joke, but won’t feel abandoned in the process either. Take, for example, this one-time Slack error message:

…We’ve seen this problem clear up with a restart of Slack, a solution which we suggest to you now only with great regret and self-loathing.”

With just an extra line of copy, a simple error message turns into something far more engaging: a humorous admission of guilt, acknowledging just how embarrassing it is that a product like Slack should break for any reason. Best, it comes in the form of a quip and a remedial recommendation, turning an otherwise frustrating moment into more memorable and helpful exchange. So thanks, Slack, and don’t feel bad, little dude. Happens to the best of us!

Webby’s social authorization warning message pokes fun of the fact that most people hate creating user accounts, while at the same time informing the user why they’ve asked you to do it anyway.

In order to validate votes and prevent any suspicious, diabolical, or otherwise shady activity, we require the creation of an account. We solemnly swear to never sell your information…”

In these two samples, Slack and The Webby Awards aren’t being too casual. They’re being just casual enough to both amuse their users and guide them to a preferred outcome.

Laugh at yourself, but keep it positive.

The best copy does a good job making a solid point (i.e. highlighting a competitive edge), while not having to stoop too low to make it. While humor is almost universally good to inject into marketing and copywriting, it’s the flavor and tone of humor that can either leave a good, or bad, taste in a consumer’s mouth, no matter who your audience is.

Though a well-landed clapback is king these days, most consumers just aren’t built like a Mean Girl. Sure, they like being in on the joke—but they don’t necessarily like jokes that are at someone else’s expense (and they certainly don’t want to be the butt of them, either). Swipes should be either sarcastically self-referential, or aimed sharply at those who deserve it. Such as those “diabolical” and “shady” third parties in the above Webby sample.

Also note that it can be particularly powerful to make a joke that everyone is already thinking or making behind your back anyway. Owning your folly is yet another lesson from the playground of life that lends itself well to the copywriter’s toolbox. Make the joke first, and you win.

Seize the moment—but only if you’re sincere.

Done just right, a well-timed nod to a cultural moment can reach cult-level effectiveness. If a corporation is seen as forcing itself upon a cultural meme for capital gain—watch out. Millennials will sniff you out, expose your crime, and leave your brand for dead. But, if the touch is light, transparent, and shorthand for something going on culturally, you might find you’ve made yourself some new friends, or even fans.

For instance, Foodora isn’t moving mountains with their email blast poking fun at cannabis users’ unofficial national holiday, but it just might move someone to chuckle to themselves and order a late lunch when they realize they do, in fact, have the munchies.

You have the munchies, we have the Boustan’s 420 Feast… rice, potatoes, fattoush salad, coleslaw, tabouleh, hummus, garlic, turnip, tahini, chicken and beef. Topped off with onions, green peppers and a piece of pita bread for $14.20. Order two, and we won’t look.”

Finally, though the infamous “burger wars” on Twitter got Wendy’s and McDonald’s far more attention for throwing shade, Burger King seized on National Peace day to call out their rival bullies and win the day. Burn.

An open letter from @BurgerKing to @McDonalds #Good pic.twitter.com/WSxIvKbkLZ

To inspire an emotional connection and build brand loyalty, conversational, self-referential, and self-deprecating humor can be a fun and feisty way to fast-track authenticity.

So are solid business practices like owning mistakes, rectifying issues, and being transparent in your marketing efforts. It’s like saying, “See? We’re not perfect, you’re not perfect, let’s be imperfect together!” And while you’d never want to take a diss too far or expose too much of your brand’s underbelly, rest assured that good or bad, this is almost exactly where your most reluctant consumers are hoping you’ll take it.

Did we go too far in winning you over with our not-so-humble wit? Let us know by getting in touch today.

Invasion of the Copy Snatchers

Badvertising: Message in a Bottle Cap