The Psychology of Winning Readers Over: 5 Science-Based Copywriting Tricks

Writing may be an art—but sometimes taking a tip from science can lead to big returns. Here are five scientifically-supported tips to win over your readers. 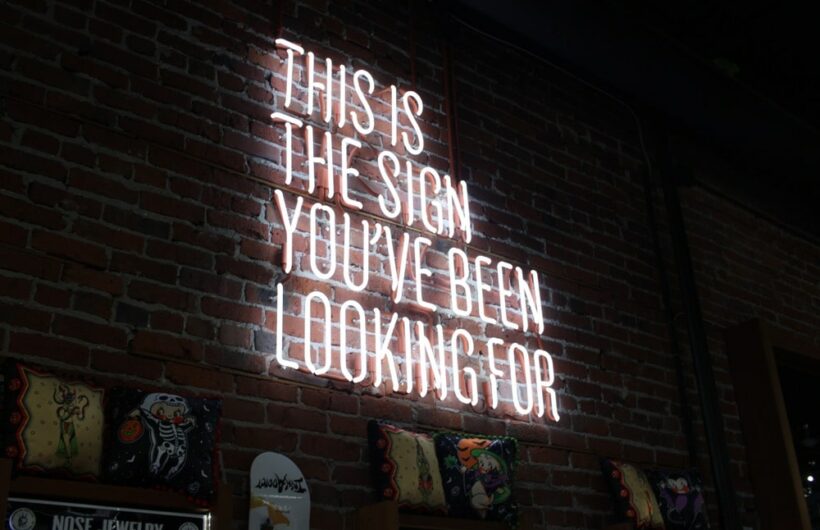 Signal to potential customers that your offering is top-notch with these science-based writing tricks!

Have you ever stopped to think about why the word moist is so off-putting? Or why rhymes remain so appealing long after you’ve grown out of Dr. Seuss? From word choice to syntax, the language and structure you use can have a powerful impact on the thought processes of your customers—improving clarity, boosting your integrity, and gently guiding them toward conversion.

You don’t need a degree in psycholinguistics to make every word matter. Here are a few copywriting hacks from psychology to help make your marketing messages more persuasive than ever.

Imagine you’re heading to the store when your partner calls and recites their grocery list, once, without giving you a chance to write it down. They want eggs, milk, pickles, carrots, chicken soup, pancake mix, dish soap, rice, toilet paper, and bacon. As you’re wandering the isles, chances are you remember to grab the eggs, milk, bacon, and probably the toilet paper, too. But the rest is all a bit of a blur.

This is called the serial position effect, and it explains why we struggle to recall the middle sections of long lists. The words at the end are freshest in our memory (the recency effect). And we rehearse the words at the beginning the most (the primary effect), so they tend to stick in our minds longer.

Serial positioning is a useful tactic in writing to make your most important ideas stand out—especially if readers are only scanning the text. That’s not to say the middle portion doesn’t matter. But if you start and end strong, those are the parts that will leave a lasting impression on your reader.

2. Stir genuine desire by offering the freedom of choice

Nobody likes to feel strong-armed into a decision. Pushy copy is far less persuasive than a friendly advisor offering up the benefits of a product or service before letting you make the choice for yourself.

And the research backs this up. In 2000, researchers approached passersby in a mall and asked if they had some coins for the bus. They found that by adding in the simple phrase “but you are free to accept or to refuse,” almost five times as many people granted their request—and the average amount of money offered increased. What’s more, this technique is effective regardless of the type of request.

You don’t have to use that exact phrase. But emphasizing that your readers can do something reduces the mental resistance caused by telling them they must do something. Their desire becomes more genuine, so when they finally pick up the phone or add the item to their shopping cart, they feel great about the choice they’ve made.

3. Get readers to agree with you by asking rhetorical questions

Do you ever read a rhetorical question and think, yeah, I do do that? That’s the power of rhetorical questions—they automatically invite a response. Your reader becomes more engaged, making them more receptive to hearing your argument and increasing the persuasiveness of your message.

Of course, this only works if your argument is relevant to the person in question. But if it’s not, they’re probably not the sort of person who would pick your company in the first place. Focus on speaking to the people whose lives could be made better by your offering, and consider the challenges and needs that will be relatable to them—then engage them in the discussion through a strong, well-placed question.

4. Justify your arguments with “because”

There are few words in the copywriter’s toolbox as powerful as “because.” Why? Because the word triggers a kind of cognitive shortcut, making an argument immediately seem more valid. You’re signalling to your reader that you can back up your claim, reinforcing the idea that they should take it seriously.

This trick is so powerful that the justification doesn’t even have to make much sense, so long as you use signalling words like “because,” “due to,” and “since.” Studies show that people assume a valid justification is coming when they hear those words, making them more likely to agree with the argument. That’s not to say you should include false justifications, but it does show just how persuasive the word because can be!

5. Highlight drawbacks and turn them into benefits

If you’ve ever comparison-shopped online, customer reviews were probably one of the key influencers behind your ultimate decision. As informed consumers, we like to weigh up the pros and cons first—to a point. If the toaster on Amazon has 5,000 reviews, you’ll probably stop after the first page and assume they speak for everyone. And whether we realize it or not, we have much the same response when we read a two-sided argument.

When you present a few negative elements of your offering, your readers will focus on those and not on other potential drawbacks they might otherwise start wondering about. This gives you a chance to spin a drawback into a plus for your target audience—like a cleaning service saying they don’t offer office cleanings because they want to put their whole heart into making your home spotless.

This trick can be nerve-wracking when you first try it. Intuitively, it seems like a bad idea to highlight any drawbacks of your offering, right? But studies show that a two-sided argument appears more rational and nuanced to readers, making it easier for them to side with you. You can’t please everyone, so use the things that will put off some to appeal more convincingly to your target market.

Writing convincingly isn’t just an art form, it’s a science! Get inside the mind of your target audience and win them over with these simple, proven strategies for success.

Need a little help? At MarketSmiths, we specialize in stepping into your audience’s shoes, because we’re passionate about speaking to their every need and desire. We might not be psychologists, but we’re experts at crafting compelling copy and content that sells. If you’d like to find out more, get in touch today.

RAD-vertising: And the Best Branding Oscars Go To…

A Trusted Virtual Partner: How AI is Transforming Home Healthcare

How Technology is Reshaping the Healthcare Industry