Whether you fancy fitness, politics, baking, fashion, or entrepreneurship, these five lifestyle bloggers know how to craft compelling content that makes you want to phub your weekend away. 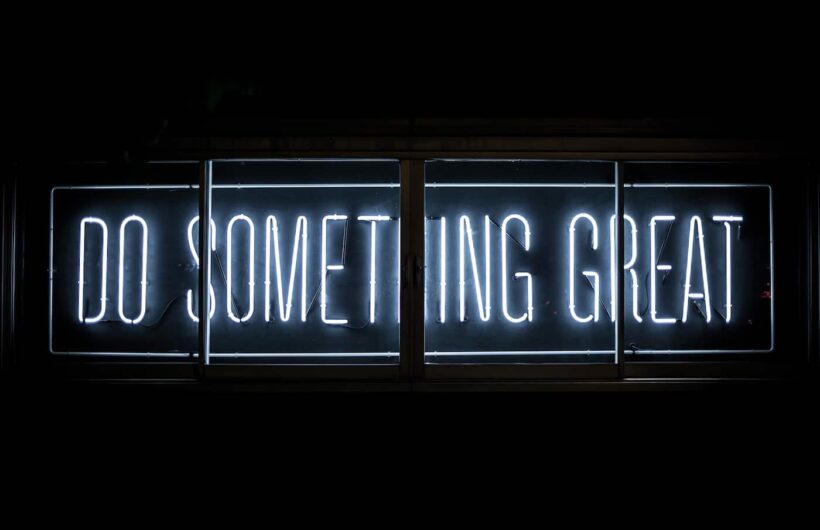 You’re enjoying the last days of summer. The last thing you want to read about is topic clusters—Or do you?—which is why we’re keeping it light with a roundup of influencers you should be following for tips on how to kill it in the marketing content game.

(We’re also keeping it relevant, btw, since according to a recent LendEdu poll, summer is the second most expensive season of the year, with consumers spending an average $2,229 across June, July, and August.)

If you’re not already producing Instagram Stories, customized newsletters, and viral videos, take a page from the books of these incredibly savvy content producers. Each has built a brand around a specific subject, and each has used a specific type of marketing content to do it. Read, watch, and learn.

Though her smart workouts are her signature, her appeal is her messaging. A Dominican-born immigrant, Arias addresses her audience in English and Spanish, and she is candid about her triumphs and setbacks, including her past struggles with mental health. Sharing herself fully is her real brand, and her fans love her for it.

Daily and in-depth, Gabe Fleisher’s Wake Up to Politics newsletters have earned him a massive following, with fans including political wonks like Mark Halperin and Major Garrett, as well as reporters at The New York Times, The Atlantic, and The Washington Post. The most recent estimate puts Fleisher’s subscriber number at 50,000. (Not too shabby for a high school student living in St. Louis, Missouri.)

Fleisher’s secret sauce is his combination of diplomacy and transparency. He respects his readers’ differences without altering his points of view. It’s a near impossible line to tow, especially in politics, and it’s why the Wake Up To Politics newsletter is so radical: it’s 100% Gabe Fleisher, and thus 100% on brand.

Joy Wilson does many things well. One of them is curated content. Every seventh day, Wilson (aka Joy the Baker) posts a roundup of what she’s been reading, watching, eating, and loving for the last week on her blog. She calls it “Let It Be, Sunday!” and It. Does. Bonkers. (Translation: Her fans gobble it up.)

Wilson’s got a lot of brand extensions—cookbooks, TV gigs, sponsored content partners, and live events—so she posts less to her blog than she did when she launched it more than a decade ago. The curated content on “Let It Be, Sunday!” is a master class in ROI: It keeps her blog ranked and relevant in less time than it takes to bake a batch of cookies.

In 2010, fashion blogger Jenn Im and her friend Sarah Chu launched ClothesEncouthers, a  YouTube channel focused on affordable fashion and beauty. A year later, Chu left ClothesEncounters to attend college. Im stayed on, and in the eight years since, has amassed a 2 million fan following, launched a line of women’s apparel, and been named a “Top Fashion Influencer” by Forbes.

Im’s stock in trade is—to quote a recent ClothesEncounter commenter—“honest raw conversational videos,” that tackle larger issues like finances, fear of change, and career success (and failure) through the lens of fashion and beauty. Writes another commenter, “[I feel like I”m] in my friend’s room watching her do her makeup.” Comments like these are the reason Im is a viral video sensation.

Thanks to a rock solid tagline and a Gorilla Glue-strength adherence to its essence, entrepreneur Marie Forleo turned what might have been a simple “girl boss” blog into an empire. “Everything is Figureoutable,” is the tagline turned Ted Talk turned book—releasing September 10th—on which Forleo’s bankability rests.

Though her focus is entrepreneurship, her smart tagline transcends compartmentalization, allowing Forleo to apply its DIY ethos to every aspect of life and thereby cross-pollinate her brand with those of other big names. (Think Oprah, Brené Brown, and Tony Robbins.) Forleo’s rise is testament to the power of an on-brand tagline that cuts, resonates, and sticks.

It’s (still) summertime, and the copywriting is easy at MarketSmiths. Drop us a line today to maximize your marketing content’s return.

How Guinness Combines History and Simplicity For Irresistible Beer Marketing