Six Secrets Behind Copy That Sticks

Why do some ideas succeed and some don't? The bestselling business book Made to Stick offers an answer. Here are six cornerstones of a "sticky" idea that all marketers should keep in mind. 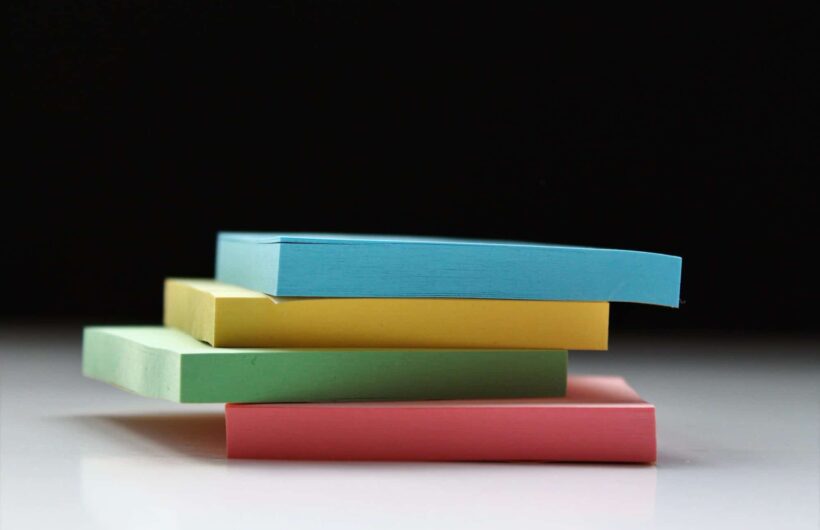 Mother Teresa said that. The message continues to resonate, as does her mission—even while similar-minded movements struggle to get off the ground.

On May 25, 1961, President John F. Kennedy issued a call to the nation. He invited us to “land a man on the moon” by the end of the decade. What he didn’t say: “Let’s accelerate our space program.” Worth noting? Maybe.

Why do some ideas survive, while others die?

In their bestselling business book, Made to Stick, Chip and Dan Heath answer this question incisively. Here are their six cornerstones of a “sticky” idea—and a few reasons why all marketers should live by this checklist for success.

Every story has a villain—and in Made to Stick, it’s the “Curse of Knowledge.” You know the ins and outs of your business. Your audience, on the other hand, does not. So skip the jargon and say what you mean—as concisely as possible.

Herb Kelleher, the longest-serving CEO of Southwest Airlines, could have communicated a mission of “maximizing shareholder value.” Instead, he declared that Southwest would be “the low-fare airline.” Consider the following quote by Kelleher, as seen in the Heath brothers’ book:

“We are the low-fare airline. Once you understand that fact, you can make any decision about this company’s future…

Here’s an example. Tracy from marketing comes into your office. She says her surveys indicate that passengers might enjoy a light entrée on the Houston to Las Vegas flight. All we offer is peanuts, and she thinks a nice chicken Caesar salad would be popular. What do you say?

You say, ‘Tracy, will adding that chicken Caesar salad make us the low-fare airline from Houston to Las Vegas? Because if it doesn’t help us become the unchallenged low-fare airline, we’re not serving any damn chicken salad.’”

No chicken salad, indeed—it’s as simple as that.

For a brilliant example of unexpected marketing, look to branding agency Red Antler’s recent campaign for the dating app Hinge.

The last thing you expect to see on your evening commute is pigeons attacking a dating app icon. Attention captured? Check.

But surprises are meaningless if they don’t further your company’s mission statement. Singles want to “meet someone and get off the damn app,” says Molly Fedick, Hinge’s Creative Director. By featuring an app-icon-turned-tragic-hero who dies for love, this ad commands attention and champions Hinge’s mission.

Message #1. This nation should commit itself to accelerating our space program.

Message #2. This nation should commit itself to achieving the goal, before this decade is out, of landing a man on the moon and returning him safely to Earth.

Mission Statement #2, on the other hand, presents a tangible—and memorable—metric for success. If an American astronaut hadn’t walked on the moon by the end of the decade, our nation would have failed.

Number one! America’s favorite! The best bang for your buck!

In an advertising landscape riddled with incredible claims, skepticism is hard-wired into consumers’ brains—so by speaking the truth, you stand out.

Marketers often rely on statistics to establish credibility. But let’s take notes from Ronald Reagan, who leveraged an even more effective strategy during a landmark presidential debate. Turning to his audience in 1980, Reagan said, “Before you vote, ask yourself if you are better off today than you were four years ago.”

Reagan’s question presented the perfect opportunity for reflection, turning voters themselves into a source of credibility. With his words echoing in their minds, Americans went inward to recognize a highly personal—and irrefutable—truth.

And then, they voted him into office.

Close your eyes and recall your strongest memories.

Sunday mornings in your childhood home. The moment you met your life partner. The first time you said “I love you”—and heard it returned. The time you thought you’d lost someone. The time you really did.

Comfort. Excitement. Love. Fear. Grief. These memories are all attached to strong emotions—and that’s exactly why they came to mind.

As marketers, how can we use the power of emotion to craft memorable messages?

In Made to Stick, the Heath brothers share the secret behind a successful 1998 anti-smoking campaign. At the time, cigarette smoking was the leading preventable cause of death in the United States. Determined to curb smoking in teenagers, the American Legacy Foundation launched its Truth campaign.

Instead of trying to instill fear in teens by emphasizing health consequences, advertisers targeted a more relevant emotion: anti-authority resentment. In one iconic commercial, young activists pile body bags on the sidewalk outside of a tobacco company’s headquarters.

The audacity of the tobacco industry! The corruption! The greed! Suddenly, teenage audiences had declared war against Big Tobacco.

Emotions are powerful—and context is key.

By the fireside. On first dates. Over breakroom coffee. Humans have been sharing stories for thousands of years—and as a marketer, you should be using this to your advantage.

To see the power of storytelling in action, watch this “Parisian Love” commercial from the 2010 Superbowl. Google had hundreds of impressive facts and figures they could have shared with viewers. (Top search engine in the world! Billions of global users! An icon of the 21st century!) Instead, they opted to tell a story.

And that made all the difference.

A New Kind of House Visit: The Future of Virtual Healthcare