Some homespun copywriting truths can be found in unexpected places. By looking at how Lady Gaga was able to grow her brand to $300 million, we show how forging a connection with your audience is absolutely crucial. 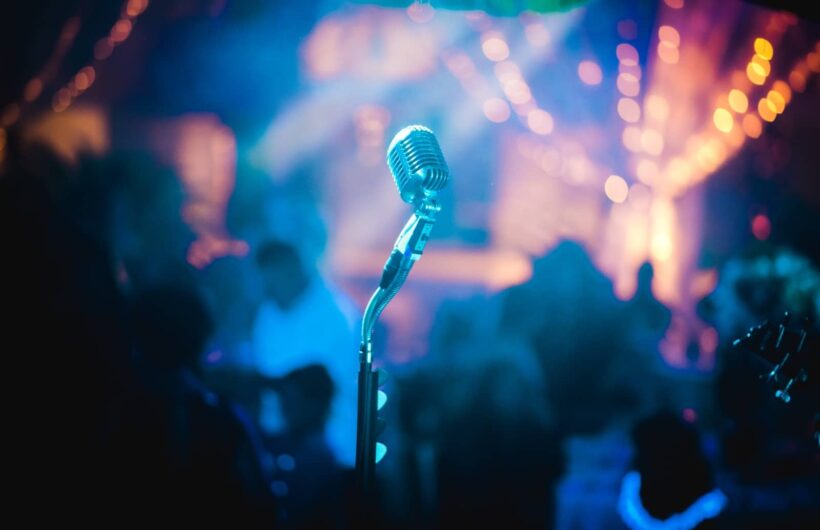 MarketSmiths intern Caroline Hug takes a look at how one of the world’s biggest stars commands attention by sharing her humanity—and how marketing copywriters can connect with readers by doing the same.

Before the release of Bradley Cooper’s A Star is Born in 2016, Lady Gaga’s net worth amounted to $225 million. Yet today, the star boasts a staggering net worth of $300 million. Why? Academic Currid-Halkett believes “consumers are increasingly investing in stars who they identify with.”

A year ago, it would have seemed crazy to envision a Gaga stripped of her over-the-top makeup, costume, and dramatic persona. Yet recently, Gaga’s revealed a more everyday image to her audience after her landing the leading role in Cooper’s film, leading to her startling rise in fame.

What does this have to do with copywriting, you may ask? Simply that when writing copy, you need to play on those emotional strings so your readers feel the need to take action after relating to your content. Let’s take a deeper look into what Gaga did to increase favorability amongst her fans…

It’s okay to be dramatic. But make sure your audience still relate to you.

Who doesn’t like a punchy narrative that grips a reader’s attention? Gaga certainly knows how to shock—the singer has come to prove her “Gaga” nature through a myriad of outrageous acts—from wearing an outfit consisting entirely of raw meat to the VMAs, to staging her own death while singing her hit song “Paparazzi”, we never know what to expect

All these actions have earned the celebrity her wacky reputation, so it’s no doubt that Bradley’s choice to have her play Ally, a struggling waitress with everyday insecurities, was treated by many with skepticism. In the film, the audience follows as Gaga, stripped of her make-up, encounters a fading star as her own launch to fame takes off.

By increasing her identifiability, Gaga becomes, to use a popular celebrity tabloid phrase, “just like us.” Fans who put themselves in Ally’s shoes can create dreams for themselves, and see her as a symbol for their own aspirations. Take this in mind when approaching your copy—make it approachable so readers can connect with it, and be eager to know more about your brand or business.

Build a connection with your audience.

Inaccessible copy is the worst. Barriers are created between your copy and your readers as soon as technical jargon, wordiness, and lack of precision are added to the equation. And in a way, this inaccessibility can be applied to stars. Let’s face it, they’re always too perfect—and we only ever see them behind television screens.

What Gaga does to solve this is a lesson we marketers can all learn from. Her website, littlemonsters.com, is an online community where she can build relationships with the more dedicated among her fanbase. On the site, fans are able to buy exclusive tickets to her shows and even talk to the celebrity herself.

When A Star is Born was about to be released, the site became a way for Gaga to share her excitement over the film. It’s important to notice that she targets her hardcore fans with this website. And as every copywriter worth her salt knows, it’s important to demonstrate to your audience that you understand and value them as individuals. That connection is essential for persuading others to agree with what you have to say.

Don’t be afraid to adopt a more personal tone.

In the film’s soundtrack, Gaga decided to move beyond her usual electropop music and adopt a more personal tone. The star’s vulnerability promoted a more accessible image to her fans, completely reversing all expectations. It’s only human to want to put your best foot forward. But, paradoxically, often the more vulnerable you are, the more charismatic and compelling you become.

Perhaps the pinnacle of Gaga’s identifiability culminated in her acceptance speech at the Oscars. Sharing her own story, Gaga gave emotional advice to her audience, encouraging them to get back up on their feet after failure and keep persevering. She’s able to inspire her fans to carry on with their own goals and follow her message. Learn from this—inspire your audience. It’s okay to adopt a more intimate tone so your readers can be more engaged.

Essentially, all the attributes Gaga demonstrates to command an audience’s attention can be summed up by our tagline: Copywriting for Humans. It’s all about crafting copy in a way that anyone can understand and connect with.

Being more human means you can get rid of the stuffy prose and inconsistent narratives that leave readers feeling skeptical. Talk to them on a more personal level so there’s no room for confusion. In a year alone, Gaga was able to transform herself from a celebrity known for her out-of-this-world theatricality to a more down-to-earth, everyday person, whose transparency allowed people to engage with her film and make it a success.

Are you building a rock star brand with a relatable side? Get in touch with MarketSmiths for all your content and copy needs today.

How to Turn Your Website Into a High-converting Sales Engine

Why Your Brand Voice Needs a Copywriter’s Green Thumb

3 Questions For B2B Leaders to Ask to Improve Thought Leadership