Beethoven, Bach, and the Challenges of Catchy Names in Copywriting

Why do we remember the names of Beethoven's compositions but not Bach's? The answer is simple: it's all in the name. 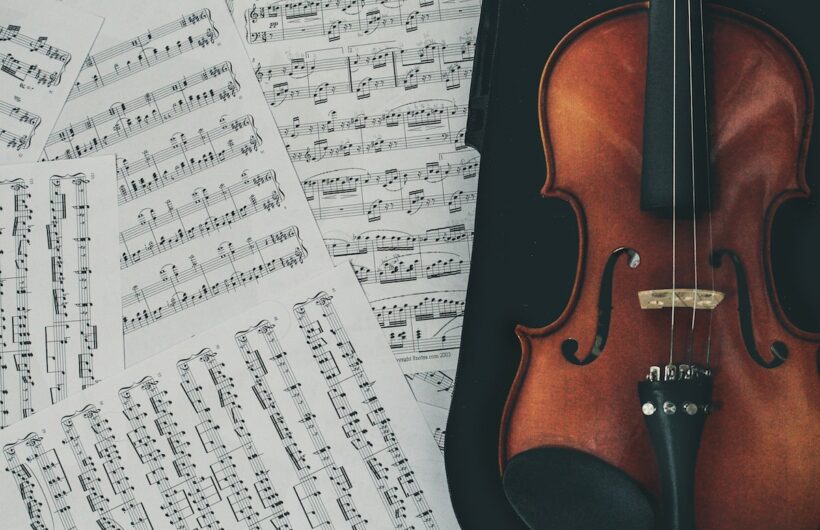 In copywriting, as in classical music, names matter.

How many classical music pieces can you name? Not hum or sing—but name.

Even if you can’t tell your canons from your counterpoint, you’ll surely be able to offer up a few answers: perhaps The Four Seasons or Messiah. And why not? From Vivaldi’s frantic violins to the majestic choruses that bookend Messiah, these are wonderful works.

Yet more than their harmonies and melodies, the continuing popularity of these pieces can likely be explained by the titles themselves. Pieces like The Four Seasons—or The Marriage of Figaro or Fur Elise—incite recognition, and inspire you to download, listen, and wonder. Who was Figaro and why did he get married? Who was Elise and why did Beethoven write her such a catchy tune? For what did Beethoven pen his Ode to Joy?

The catchiness of these names offer a significant lesson for smart growth marketers: a catchy title for your brochure, landing page, blog post, or ebook can go a long way. The catchiest classical titles create a curiosity gap, so listeners are drawn to the underlying music—with a timeless, celebrated result. Lush, an Australian copywriting firm, is especially skilled here. Titles like “Here’s why lots of likes doesn’t equal business success” and “New report shows how to become a content champion” dangle seductive nuggets out front, making readers keen to read on.

Baching up the wrong tree

If you’re skeptical, consider the Partita No. 3 for Solo Violin in E major, BWV 1006, by Johann Sebastian Bach. For many, the title might mean as much as Shakespeare does in Swahili. But to fans of Johann Sebastian—and virtuosic violin skills—it’s one of the great musical works of all time. Just watch that video—and marvel at the ridiculous fingerwork!

A pity, then, that the title for this treasure is so instantly forgettable.

To understand the howling gap between title and musical content, let’s drag ourselves back to a time before digital marketing, a place of powdered wigs and frock coats. Until the French Revolution, composers were rarely independent artists. Instead, they toiled as salaried servants for nobles and bishops. Paycheck to paycheck, they got their due—regardless of the popularity or brilliance of their works. Bach could afford to name his masterpieces something mundane—and still feed his brood of 20 children.

Of course, modern marketers live in a far more commercialized world. The pressure to grab yet another client never ends; just one wrong word can be disastrous. Bach wasn’t much of a headline writer, but later composers are different. Ludwig van Beethoven, born two decades after Bach’s death, is a great example. He worked hard to give his pieces the sort of punchy, pithy names it’s impossible to ignore: Heroic, Emperor, Holy Song of Thanksgiving.

In the same way, a strong copywriting agency can get their clients’ writing noticed by squeezing captions down to the barest essentials. A good case study is Nike. “McEnroe swears by them” or “Yesterday you said tomorrow” say more in four words than many manage in ten.

Micro-targeting titles to your story helps, too. In atmosphere and tone, Chopin’s Nocturne No. 4 is as different from his Nocturne No. 19 as Liszt from Lady Gaga. But you wouldn’t know that by glancing at the names.

Generic copywriting titles—Ten ways to improve your business or Why invest in SEO?—are the Nocturnes of effective, modern copywriting. They’re generic—and as a consequence, they don’t work. And when I point out their importance, I’m in excellent company: “On average, five times as many people read the headline as read the body copy. When you have written your headline, you have spent eighty cents out of your dollar,” said David Ogilvy, the advertising icon.

Of course, once you’ve succeeded in capturing their attention, your content must shine. Bach’s compositions have spiraled down to us over 300 years—precisely because people that dig deeper hear the genius, despite the titles. Obviously, the most effective marketers juggle name with content, title against story. Even so, they could do worse than mimic Beethoven—and offer something spectacular from first word to final stop.

Want your own pitch perfect brand story? The maestros at our copywriting agency will help you tune up and deliver a perfect marketing symphony.

The Mid-Funnel Is the New Content Marketing Battleground. Here’s How to Own It.