Nike engages with social issues and provides visibility to a range of identities. Here's why Nike's advertising gets a gold medal from us. 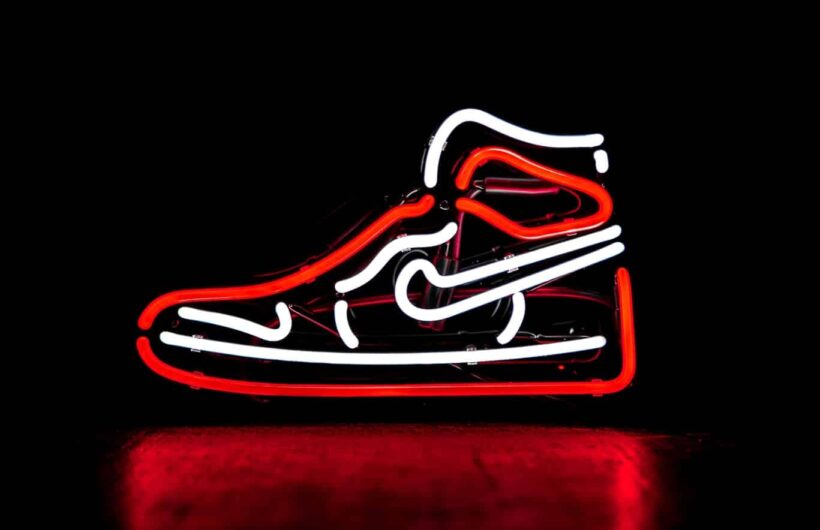 Nike has been breaking barriers in both the sports world and the real world since the 1970s.

It’s OK to cry—especially during a Nike commercial. The most valuable apparel brand in the world, Nike has perfected the art of tugging on pretty much everyone’s heartstrings.

From professional athletes, to college sports stars, to kids in recreational leagues, to people who may never step foot inside of a gym—Nike inspires everyone to strive for greatness.

Through risk-taking social commentary, motivational brand messaging, and universally recognized campaigns, Nike has made the whole world its target audience.

For Nike, everyone is good enough to make the team

It would be easy for Nike to cater exclusively to athletes, but the brand’s ability to reach people outside of that category is what makes their marketing strategy so revolutionary.

Nike’s 2012 “Find Your Greatness” commercial opens on a young boy running down a long, rural road with only the sound of his sneakers hitting the pavement to fill the silence.

The ad continues with images of athletes with disabilities, children attempting gymnastic tricks, and boys playing soccer in their front yard while a narrator talks about greatness: “Greatness is not some rare DNA strand; it’s not some precious thing. Greatness is no more unique to us than breathing; we’re all capable of it. All of us.”

Ads like this attract anyone who needs some motivation to accomplish their goals, whatever they may be.

Nike have also been huge advocates for people with disabilities. In 2018, they signed their first athlete with cerebral palsy, Justin Gallegos, a runner for the University of Oregon. Broadcast news stories, interviews, articles, and Nike promotional ads featuring Gallegos went viral—giving much-needed visibility to the condition.

In 2019, meanwhile, Nike ran an ad starring WNBA champion Elena Delle Donne, in a tribute to her older sister who was born deaf and blind with cerebral palsy and autism. The ad shows Elena carrying her sister through a basketball gym to the bleachers while she talks about how important her sister is to her.

Not many brands succeed at giving visibility to such a wide range of identities. Nike’s success here sets it apart from other sportswear brands who may unintentionally deter potential customers from supporting them.

To put it another way, Nike has perfected a timeless advertising regimen: take a social issue, relate it to sports, inspire change, and affiliate Nike with that change.

In 1995, for instance, Nike ran the “If You Let Me Play” campaign, featuring dozens of girls describing the benefits of letting them participate in sports: “If you let me play, I’ll be 60% less likely to get breast cancer. I’ll suffer less depression…” Then, in 2019, Nike ran the “Dream Crazier” campaign, highlighting female athletes and discussing double-standards often applied to women in sports: “If we get angry, we’re hysterical, irrational, or just plain crazy. If they want to call you crazy? Fine. Show them what crazy can do.”

Although women’s issues have evolved and changed since the 90s, Nike has always maintained consistent support of representation of women in sports. The constant reinforcement of the idea that women belong in athletics proves that this company aims to give women the same opportunities as men, which as a result has improved Nike’s sales, marking 2019 as its “Year for Women.”

Similarly on the topic of race, Nike’s equality campaign in 2017 featured athletes like Lebron James, Serena Williams, and Megan Rapinoe, among regular people. The ad shows various settings—basketball courts, soccer fields, tracks—with the final words of the ad reading “if we can be equals here, we can be equals anywhere.”

The following year, the infamous Colin Kaepernick ad dropped. Kaepernick narrates lines about how no dream is too crazy while footage shows athletes playing sports. “Believe in something even if it means sacrificing everything…. don’t ask if your dreams are crazy. Ask if they’re crazy enough.”

Kaepernick was vocal about racial inequality in the U.S. before this ad, which is what made Nike’s choice to work with him so daring. The ad made an impact and continues to do so even two years later, despite the criticism surrounding it.

From women’s rights, to racial inequality, to LGBTQ issues, Nike takes a stance even if it means taking a risk. This strategy allows them to gain people’s trust. Nike’s marketing makes people feel seen, heard, and recognized and that’s why customers seek out products with the swoosh logo—and buy them.

Picturing a luxury holiday in the Caribbean is easy. Writing about it is far harder. That’s exactly the challenge Nick and Nicky Parker, owners of the Silver Moon catamaran fleet, faced before tapping MarketSmiths. Just as well they did: we soon brought their website to vivid life, helping readers touch and taste the treasures of Barbados all while sitting at their computers. By the time we were done, Nick and Nicky were thrilled with our work—and excited to welcome hundreds more holidaymakers to their corner of paradise.

Nike’s stadium is the world

Beyond a sprinkling of stardust, the Nike brand is all-encompassing. After all, Nike understands the world, and aims to reach as many people as possible. Emotional branding allows them to strategically evoke particular feelings from the audience who in turn attribute those feelings with Nike—creating a life-long impact.

From commercials and print ads that promote diversity and inclusivity, to interactive computer games, to a full-sized LED racing track that allows you to race against your own shadow, Nike never stops advancing. It sets itself apart from other sports apparel brands by pushing the envelope, both in terms of technology and social commentary

Nike has found its way onto everyone’s screens and into everyone’s homes. By prioritizing inclusivity, it has reached levels of influence greater than any other apparel brand in the world. It shows no signs of slowing down—continuing to train, compete, and win.

In need of winning copy for your company? Our team of skilled copywriters always have their heads in the game and are ready to deliver gold medal-worthy copy every time.

The Dangers of Ignoring Your Actual Audience