Is Your Technology Copywriting Too Optimistic?

Everyone likes a positive attitude—but when does it become too much? 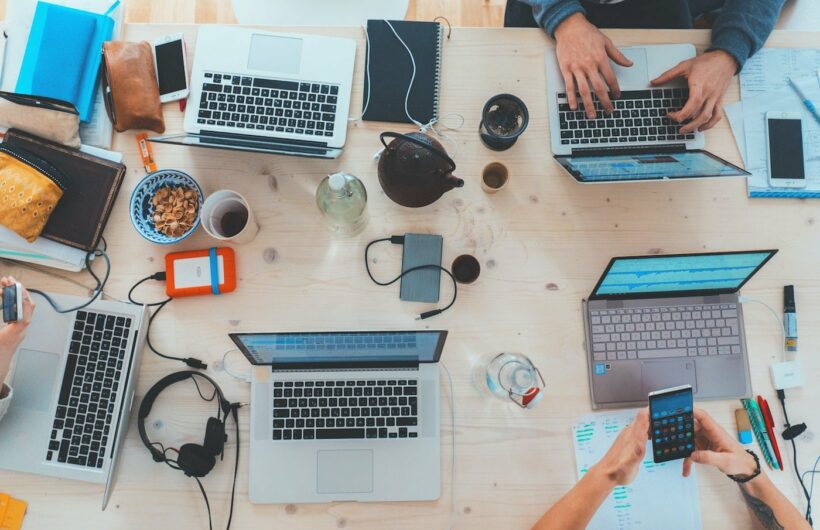 Hype is a common culprit in tech copywriting. Here's why underselling might be a better approach.

It’s tempting to offer the world in technology copywriting, but that isn’t always wise. Here are some of the dangers of promising a tech revolution—and what the biggest brands do instead.

In the years after World War Two, the United States was in a fantastically optimistic mood. With the economy booming, living standards soaring, and American power unrivaled across most of the planet—the 1950s and 1960s were decades of unparalleled, undiluted optimism. Nowhere was this reflected more than in how Americans imagined technological advancement.

In popular shows like The Jetsons and Star Trek, people were shown in glass and steel utopias, with flying cars and robot servants. Even journalists and scientists got in the act, predicting a world where housewives could bake cakes in three minutes flat, and where houses would spin on their axis to follow the sun across the sky.

Nowadays, of course, this shining world feels amusingly (or depressingly) naive—especially with the economy in freefall and most of the planet in lockdown. Yet you often get the sense that technology marketers missed the memo. Read the copy for some new technologies, after all, and you’re still bombarded with the sort of ferocious optimism you find in The Jetsons.

When the iPhone X was unveiled, for example, frantic adverts proclaimed that you’ve “never seen anything like it!” Well, the augmented reality feature was fun and it took sharper photos. But the iPhone X still had the same basic features as every other model. It still made calls, it still sent texts, it still stored music—and it still broke if you dropped it in the toilet.

And if Apple is an extreme case, other tech copy suffers from hyperbole too. Sony promises punters that they’ll “feel the beauty” of what they watch on television. Samsung offers a “new galaxy” of possibilities. To be fair, this isn’t entirely the fault of copywriters themselves. When journalists get themselves into a frenzy with “perfect cameras” or “cutting-edge” technologies—you can see why marketers exaggerate too.

So you want a revolution…?

Whatever the cause, brands that offer the world to consumers—vowing salvation at the press of a button—make themselves vulnerable to attack. With new disruptors arriving all the time, just announcing that ‘we change everything’ risks your reputation when the competition ups its game.

A good example is Slack. Though it really does fix an important problem—letting office workers communicate quickly without sending cumbersome emails—the company soon went beyond that. “I’m sure email was an extremely productive tool in the beginning,” said the firm’s founder recently. “Only over time did it get to be misused.” That might be true—but what about when the competition sidles up and snatches the ‘email killer’ mantle itself?

This has actually happened before our eyes. As the Coronavirus forced everyone to stay at home, Slack’s dominant position in the communication market has been usurped by Zoom. Just look at their share prices: Zoom’s has rocked from just $68 in January to nearly $250 in June while Slack’s is barely up $10.

Well you know, we all want to change the world…

How did Zoom do it? In a phrase: by not promising revolution. Unlike Slack, Zoom has marketed itself with more limited, specific goals. Far from being the ‘email killer’ (or ‘Slack killer’) of 2020, it actually engages with the real needs of consumers.

For instance, its website offers “powerful security” and “quick adoption” and “streamlined enterprise-grade” video conferencing. Of course, the implication is that all this really could change the world—but Zoom lets its capabilities do the selling.

This is clever in a couple of ways. First it stops the next energetic start-up from stealing Zoom’s messianic pretensions—Zoom never had any to begin with. Second it actually gives consumers something solid to grapple with. With the tech industry growing by a colossal 27% last year, it’s easy to be overwhelmed by brands vowing a new world and a fresh beginning.

But Zoom actually gives specific reasons why they’re the best, from their robust security to their user-friendly interface. That, in the end, is more likely to seduce punters than vague messianism. Don’t believe me? Just look at Netflix. It never explicitly claims it’ll change entertainment forever. It just quietly and confidently gives TV fans a million shows to watch from their bedrooms—and its share price just keeps rising.

So next time you’re faced with a new marketing objective, pause before you drag out the superlatives. Far better to let your product and its capabilities do the talking—as fun as it sounds, The Jetsons and spinning houses are better left to an earlier time.

Want angelic copy without the God complex? The high priests of tech at our copywriting agency will help deliver the sermons your customers want to hear.

Fintech Copywriting and Content Marketing: Why Well-Crafted Writing is a Wise Investment