“It’s Alive!” How Science Fiction Can Inspire Your Next Marketing Campaign 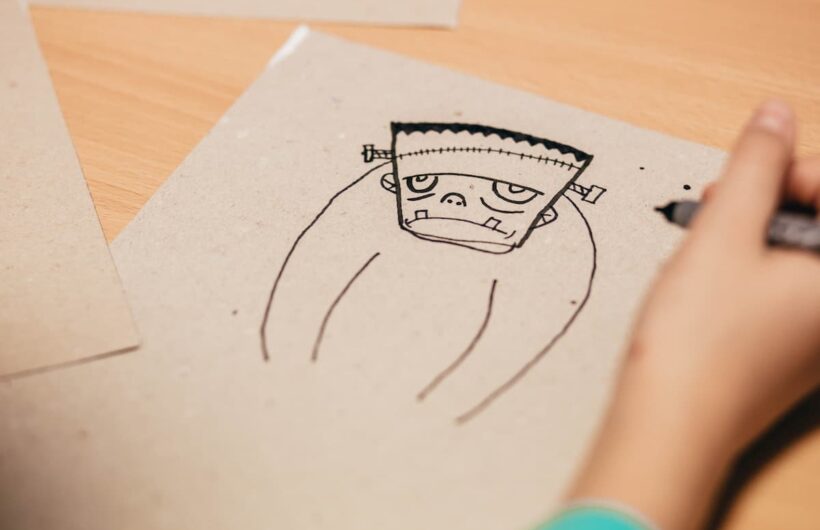 “It’s alive!” Dr. Frankenstein was referring to science fiction’s most famous monster—but he could just as easily have been talking about copywriting.

Here are five lessons science fiction offers readers—and some scary good content marketing strategies to feature in your next campaign.

…and what keeps them up at night.

Consider George Orwell’s 1984. Totalitarianism was an ever-looming threat in 1930s Europe—along with surveillance, censorship, and dehumanization. Inspired by the realities of weary, war-torn London, Orwell created a dystopia that echoed his audience’s deepest fears. The result? A piece of work that’s both timely and timeless.

Six decades later, The Hunger Games author Suzanne Collins found inspiration while channel surfing between Iraq War footage and reality TV’s Survivor. “I was tired,” she said, “and the lines began to blur in this very unsettling way.” As a result, Collins invented Katniss Everdeen: a child soldier trapped in a twisted governmental game show. (And you hardly have to be a Hunger Games fan to know that the trilogy caught fire.)

Lesson from the lab: Go down the rabbit hole. Conduct interviews. Send out surveys. Ask questions (then ask a dozen more). Uncover the nitty-gritty before putting pen to paper—because misunderstanding your audience means missing the mark.

“It was a pleasure to burn.”

Similarly, in 1984, Orwell presents a simple math equation that becomes a salient token of totalitarianism. 2+2 = 5 isn’t what audiences expect—and that’s exactly why it’s so effective.

Lesson from the lab: In our attention economy, marketers have two options: stand out or be overlooked. To powerfully engage with prospects, strive for messaging that subverts convention—like this famous “Avis is No. 2” tagline or “So Easy, a Caveman Could Do It” by GEICO.

“And that, my friends, is how a revolution dies.”

This was the reaction to Katniss Everdeen’s first scripted speech in Mockingjay, the third book of the Hunger Games series. For Katniss, insincerity corrupts action—honesty is her greatest asset. To produce successful propaganda videos, Katniss’ camera crew must allow their star to be herself. No scripts. No studios. No acting. Instead, Katniss needs to be sent into combat, where she can face her enemy eye-to-eye and fist-to-fist.

When the government bombs a hospital full of helpless citizens, Katniss abandons the idea of a plan altogether—ripping out her earpiece and going entirely off-script. “If we burn,” she screams up at the enemy plane, “you burn with us!”

In her spontaneity and sincerity, she produces the most persuasive footage of all. And with that, a revolution catches fire.

Lesson from the lab:  Sincerity trumps sensationalism. If a storyline feels forced, chances are you’ve chosen the wrong one.

So say something meaningful.

To borrow words from science fiction writer Ray Bradbury, we live in a world that says “nothing, nothing, nothing” and says it “loud, loud, loud.” Game-changing. Revolutionary. Best-in-class. Marketing buzzwords are all talk—and audiences automatically tune them out.

In 1984, George Orwell presents us with a government that rearranges (and ravages) the English language. War is peace, freedom is slavery, ignorance is strength—and meaning is missing altogether.

Lesson from the lab: Don’t mask messages in unintelligible jargon. Kill your darlings (and the next time you’re tempted to create a buzzword salad, stick to Caesar).

5. Bring your audience to life

In Fahrenheit 451, Ray Bradbury asks, “How long is it since you were really bothered? About something important, about something real?” The cleverest copywriters can make audiences feel something about anything—from artificial intelligence to award-winning mattresses.

Inspired by Dr. Frankenstein? Our copywriting agency is in the business of bringing creative marketing campaigns to life. Reach out today for ROI that’s too good to Igor—er, ignore.

We Write to Teach: What My Time as a Teacher Taught Me About Copywriting

Is Your Copywriter Enough of a Detective: Overnight Experts & the Art of Investigation

Is the Tagline Dead? How to “Just Do It” in the 21st Century