Sorry, Siri: The Future of Copywriting Is Human

Robots can do a lot of things—but they'll never replace writers. Here's why you'll always need a human to handle your copywriting needs. 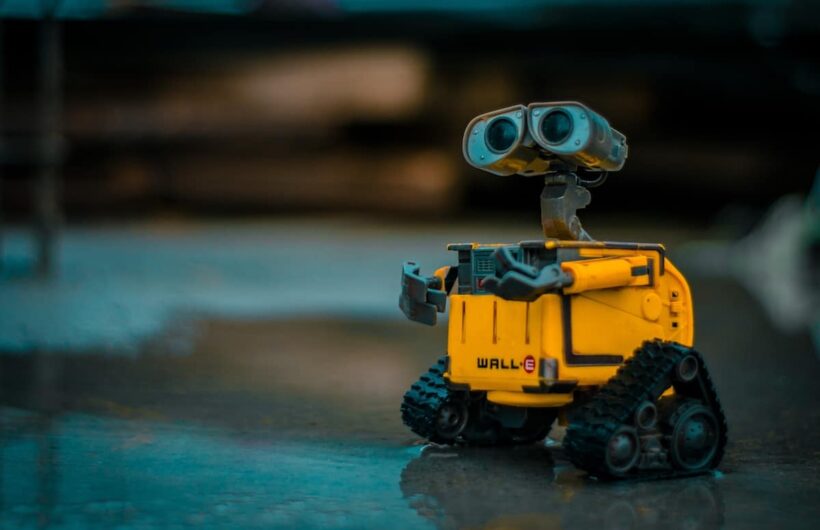 According to PwC, up to 38% of U.S. jobs could be at high risk of automation by the early 2030s. Yet, HubSpot recently ranked writers as one of the top 10 jobs AI can’t replace.

Sorry, Siri—but no bot will be stealing my title anytime soon.

Wall-E was the exception

Ernest Hemingway said it best: “There is nothing to writing. All you do is sit down at a typewriter and bleed.”

To write, you must first know what it is to feel. How can a bot target dreams, doubts, and desires when it’s never experienced those emotions—or any emotion, for that matter? There’s so much that AI doesn’t know: the feeling of falling in love, watching the sunrise, scaling a mountain, landing a dream job, hearing a baby’s heartbeat, fighting for something that’s worth it, or saying goodbye.

No bot can replicate the explosive creativity of the human brain. We are the creators; they are the machines. Unlike us, AI can only iterate on what already exists. Take this AI-generated TED Talk script, for example:

Is it entertaining? Absolutely. But it’s also nonsensical. After listening to 1,000 hours’ worth of TED Talks, this bot picked up on patterns—and completely missed the point.

An effective TED Talk is more than just words on a page. It has a structured, coherent storyline. It delivers a meaningful message. It resonates with audiences on a logical and emotional level. To write a powerful script, you need passion and purpose.

You need to be human.

Ditch the formula (and grab some milk)

By definition, algorithms learn from historical data. As copywriters, we also use the past to inform the present—but we don’t stop there. Instead, data-driven insights inspire original creation as we introduce something the world has never seen before.

Let’s look at one of the most successful marketing stunts of the past decade: Oreo’s “Dunk in the Dark” tweet from Super Bowl XLVII. 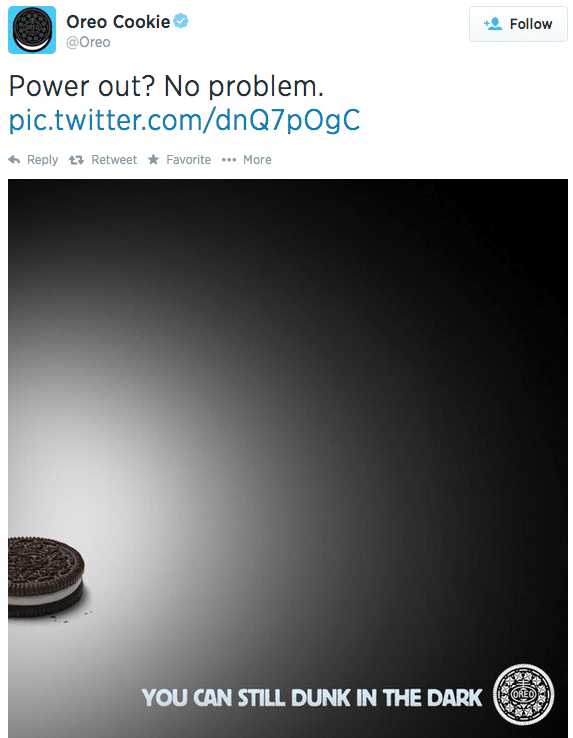 Historical data couldn’t have trained an algorithm to write this, because the ad was completely irrational—until the split second the Superdome plunged into darkness. No one expected there to be a power outage on game day. But there was—and before the lights were back on, human minds had come together in an act of spontaneous creation. The resulting ad was the product of a particular moment in time—a case study in on-the-fly originality.

Copywriting is far from formulaic. Each assignment poses unique challenges, demanding a completely new approach. When it comes to true creative thinking, there’s no contest between man and machine. Until robots are sentient, we copywriters have nothing to fear—and when that day comes, this issue will be the least of our concerns.

Meet MarketSmiths: a copywriting agency committed to writing for humans, by humans. (Alexa, play “Stayin’ Alive” by the Bee Gees.)