No company has weathered more PR trouble than McDonald's, and the key to their success is a great content strategy. Here's what you can learn from the fast-food giant. 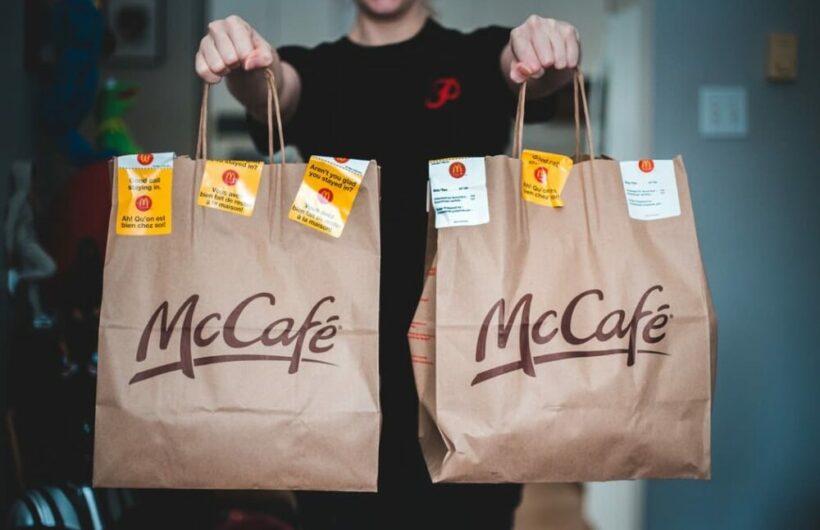 Everyone likes McDonald’s—confirmed by the nearly 2.36 billion hamburgers that the restaurant serves every year. That’s 6.4 million burgers a day, 45,000 a minute, and 75 each and every second. In the time it takes you to read this sentence, roughly 600 McDonald’s hamburgers will be placed in the hands of hungry customers.

Despite this history of overwhelming success, the restaurant’s popularity has faced its fair share of road bumps. From the pink slime fiasco to the infamous hot coffee lawsuit, PR nightmares and the golden arches go way back. Still, after each and every disaster, McDonald’s always seems to emerge unscathed on the other side. How do they do it? A great content strategy, of course.

McDonald’s and a History of Criticism

McDonald’s is a mainstay in American culinary life and an employer for over 200,000 people, but the fast food chain has gotten a bad rap over the years—and for pretty obvious reasons.

In 2012, the term “pink slime” entered the American lexicon. Pink slime or lean finely-textured beef (LFTB) is a meat additive that is developed by mechanically separating leftover meat products from the bone and treating that “finely textured meat” with ammonia to stop the spread of germs. Today, meat products can still contain up to 15% LFTB without additional labeling.

Despite the FDA’s approval of LFTB for commercial use, a grotesque picture of the famous “pink goo” found its way online, causing quite a stir. Specious rumors about chicken guts and cow eyeballs being used in McDonald’s products shortly followed. The rumors were baseless and the photo actually depicted mechanically separated chicken not LFTB, but the damage was done. A lack of trust and a wall of misinformation was holding back McDonald’s reputation and turning their audience away.

If the Story Is Wrong, Write It Yourself

In addition to discontinuing the use of LFTB in their beef, McDonald’s responded with a clever content strategy. To reinvent their image and win back fleeing customers, the fast-food chain decided to assume a more candid and straightforward approach with their marketing strategy.

McDonald’s new strategy of assessing consumer needs and telling it like it is doesn’t end there. The restaurant’s sincere, conversational tone now bleeds into almost all of their communication efforts. For instance, to inspire an appearance of transparency and emphasize the use of natural ingredients, McDonald’s recently partnered with creative agency Leo Burnetty to design some minimalist out-of-home and digital ads.

Each ad features the listed ingredients of a single McDonald’s menu item, listed in the order (and color) that they actually appear. So, an ad for a sausage McMuffin includes the words muffin, egg, sausage, cheese, and muffin stacked on top of eachother to look like the sandwich. The ads demonstrate that McDonald’s has nothing to hide—emphasizing quality ingredients and a renewed sense of sophistication. They are simple, straightforward, and—most importantly—effective.

A prestige dairy company, Savencia Fromage & Dairy has been making prestige cheeses since 1956. And now, Savencia needed help perfecting a name for one of its most iconic brands: Dorothy’s® Cheeses. As experts in crafting elegant, witty names, MarketSmiths was thrilled to help. Pretty soon, we’d come up with four brilliant titles, from Holy Smoke to Somethin’ Brewing. Naturally, we made sure to reference the cheese themselves here. Holy Smoke, for example, was infused with smoky flavors. Somethin’ Brewing was washed in beer. With names these delicious, no wonder Savencia renewed its branding for another century—and seduced new cheese-addicts too.

What We Can We Learn From the McDonalds Content Strategy

There are plenty of benefits to using simple, straightforward copy in your marketing and advertising efforts. Candid, no-nonsense messaging is, first and foremost, easy for your audience to understand. There likely won’t be a scenario where you’re facing a crisis on the same scale as “pink slime,” but when customers have important questions, a direct and honest response is always the way to go.

A conversational tone also helps your consumers connect with your brand. McDonald’s biggest problem was a lack of trust. Removing the mask and developing an authentic voice demonstrated that McDonald’s truly has nothing to hide. The decision to build content with clarity and simplicity in mind provided McDonald’s with the consistency that every successful content strategy needs.

Influencers Are Now Everywhere. But Are They Really Necessary?

How Guinness Combines History and Simplicity For Irresistible Beer Marketing