What do the Green Bay Packers and marketing campaigns have in common? More than you may think. 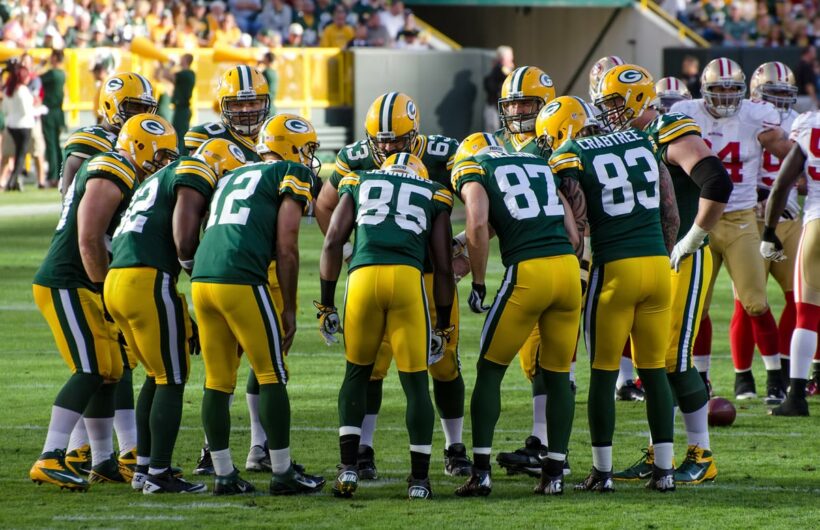 The greatest American football teams, from the New York Jets to the San Francisco 49ers, are based in big cities. All, that is, except one. Since 1949, the piddling Wisconsin town of Green Bay has hosted the Packers, one of the finest NFL franchises on the continent—and some of the best sports marketers too.

With their distinctive green uniforms and colossal 81,000-seater stadium—squeezed into a city of just 104,000—Da Packers are the pride of Cheeseheads everywhere. And why not: how many teams can boast a storied history in such humble surroundings?

From boosting local culture to supporting neighbors, the Packers have become synonymous with the Badger State—offering sports marketers several evergreen strategies that are sure to score a touchdown.

‘Get Closer To The Packers’

How to gain an audience in a game like American football, one with 32 teams and billions of dollars in sports marketing budget? The Packers do it by welcoming fans right into the boardroom. They’re the only NFL team owned by supporters—so every decision, from buying players to raising ticket prices, is influenced by the average men and women in green.

This commitment to the Average Joe is reflected in the language of Packers marketing campaigns. Through everything from ‘Heritage Hoodie’ ads to augmented reality experiences letting supporters ‘Get Closer To The Packers,’ the team consistently makes fans feel like part of a wider community.

Furthering that aim, they also talk directly to supporters. Thanks to regular online chats, fans far from America’s Dairyland can feel like they belong, something augmented by the team’s focus on the past.

By delving into the Packers’ deep and fascinating history—exploring the wartime connection to Green Bay, or reading profiles of illustrious ex-players—fans get to know the team like they might an old pal.

Obviously, these tactics are useful for sports marketers totally uninterested in the NFL. By offering people a sense of ownership in your brand, you’re always going to seduce more—even if your targets wear suits instead of cheese hats.

Alongside ripe competition in the storied Willamette Valley, Flaneur Winery wanted to stand out. So Russell Litchenthall, Director of Hospitality & Sales, reached out to an old friend at MarketSmiths. We were able to learn and tell the business’ unique backstory, explaining the origins, philosophy, unusual name—and historic grain elevator, a major visitors’ attraction. The published copy is as beautiful as the images that make this winery website stand out.

The Packers may lean on their buoyant heritage to win supporters—but how do they keep them? In a word: community. By digging their cleated heels into the turf of Wisconsin, they’re able to maintain legions of fanatical devotees.

A great example here is the Packers’ close relationship with the state’s cheese industry, which has inspired the creation of NFL-themed knives and cutting boards. On a similar note, the team also supports military veterans, showing respect via choreographed card arrangements.

Cheese and the Marine Corps are two of the most beloved institutions in Wisconsin—but the Packers aren’t afraid to delve into more controversial fields, either. After police killed an unarmed African-American in the nearby town of Kenosha, Green Bay’s finest reacted fast, funding body cameras for their town’s officers.

Not that the franchise is unique: many brands have jumped on the Black Lives Matter bandwagon. Unlike  rivals elsewhere in the sporting universe, however, the Packers actually put their money on the line, making a genuine effort to combat police brutality in their home state.

There’s plenty to chew on here, and not just for aficionados of touchdowns or running backs. Like the Packers, all sports marketers should work to slip seamlessly into the community they serve. If they succeed without seeming crass or insincere—especially about sensitive topics—all the better.

It’s telling that the Packers are Wisconsin’s most famous export—the team represents the state and everything it stands for at packed stadiums from Buffalo to San Francisco.

That’s true even during moments of desperate adversity. After star players like Clay Matthews and Aaron Rodgers suffered debilitating injuries, the Packers and their fans didn’t abandon them.

On the contrary, supporters urged their heroes back to strength, even organizing a GoFundMe for Matthews after he was fined for controversial plays. Their idols, for their part, helped out in return, with Rodgers recently delivering food to a local homeless shelter.

With bonds like these, it’s no wonder the Green Bay Packers have stayed near the top of the NFL pile for so many years—something all self-respecting sports marketers should appreciate.

Add a spark of community to your brand, and you’ll quickly win an audience. Jump into local issues, and you’ll secure their respect. And if your clients start wearing ridiculous headwear to meetings? Even better.

Want copywriters that’ll score stunning touchdowns without any penalties? The stars at MarketSmiths will race your writing to the end zone every time.

Writing for Voice Search: How Do I Get Siri To Like Me?

Is Your Marketing Copy #Winning with Women? Take This Quiz To Find Out