In turbulent moments, you need to use every tool you have to control the narrative—or someone else will control it for you. Here's why you shouldn't let your website and communications go silent in a crisis. 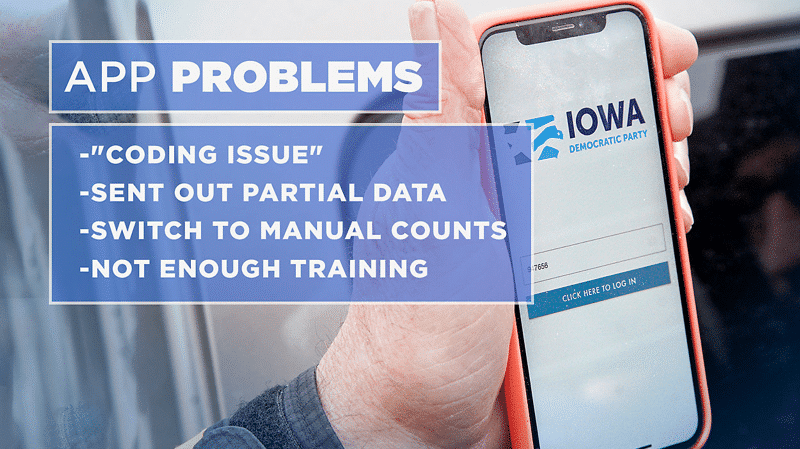 Proactive website copywriting would have helped The Shadow save face.

Guest blogger Larry Edelman weighs in on the importance of owning your company narrative—especially when catastrophe strikes.

This Iowa Democratic caucuses earlier this month should have been Shadow Inc.’s big debut. Instead, the little-known startup’s days appear to be numbered.

The company was hired to create a smartphone app to report results from 1,700 sites across the state where caucus-goers would gather to declare support for a presidential candidate. Amid user confusion and technical glitches, the app failed miserably.

Voters, the campaigns, and news organizations were left with no results to analyze. The only story was the story of what went wrong.

Shadow unwisely took cover and prayed the storm would blow over. That was a mistake, allowing others to control the narrative. Overnight it joined the list of cases that marketing professors use to teach students what not to do when disaster strikes.

Initially, as the company’s role in the caucus debacle emerged, it took the standard step of issuing a statement on Twitter apologizing for the tech meltdown.

The CEO expressed regret for the “uncertainty” the failed app had caused everyone, and offered a short explanation of what had gone wrong.

The next evening, after reading overwhelmingly negative press coverage that contained little input from Shadow, I went to the company’s website, curious to see what additional damage control it was doing.

There was no control.

All I found online was the day-old statement pinned to the top of the homepage. Right below the note was Shadow’s mission statement: “To build political power for the progressive movement by developing affordable and easy-to-use tools for teams and budgets of any size.”

Wait. Did no one at the company think to bury that boilerplate and its unfortunate reference to “easy-to-use tools”?

To be fair, the statement itself mostly followed good crisis communications protocols.

“They apologized and took responsibility,” said Melissa Mahoney, a senior vice president and crisis communications expert at Version 2.0 Communications. “They specified where the issue occurred, verified that the underlying data was not impacted, committed to working quickly and diligently to support their client, and noted that the underlying issue has been corrected.”

But Mahoney said Shadow made a crucial mistake: “They underestimated or tried to minimize the impacted audiences. As they tried to downplay the impact, they missed an opportunity to relay true empathy and understanding.”

Worse, Shadow hunkered down. No executives or spokespeople were appearing on the cable TV news shows or being quoted by major newspapers. The company’s Twitter feed was silent.

Still, Shadow’s website could have been enlisted to tell the company’s side of the story. Instead, it was sparse and static at a time of red-hot scrutiny. Besides the CEO’s apology, the company had taken no other steps to put the app’s problems into the broader context serious mistakes made by the Iowa Democratic Party.

“If you don’t quickly respond and create the narrative, someone will do it for you,’’ said Douglas Bailey, who provides crisis consulting as a senior vice president at Rasky Partners.

Sure enough, the Iowa Democratic Party was putting the blame squarely on Shadow even as it avoided tough questions about why it didn’t test the app thoroughly, give its volunteers more training, or have enough phone lines ready as a backup. Sources told The New York Times in a front-page story: “Shadow was also handicapped by its own lack of coding know-how… Few of its employees had worked on major tech projects, and many of its engineers were relatively inexperienced.”

Shadow had lost control of its own story.

“Corporations will spend thousands of dollars on liability and accident insurance in case something untoward happens but don’t think of crisis planning as an insurance policy,” Bailey said. “As a result, companies are frequently caught unprepared and they spend wasted hours in the midst of crisis trying to decide what to do when the response should have been planned in advance.”

The corporate website is a place where a company can tell its story without media mediation. The CEO can directly address customers and the public in a video or written Q&A. A timeline and other graphics can illustrate what happened and when. Used in combination with social media, the homepage can provide detailed updates on a crisis in real time.

To be sure, the Iowa news was so big that Shadow was going to take a devastating hit no matter what. But the feeble attempt it made to mitigate the damage suggests it failed to do proper PR planning in the first place. It didn’t act to protect the brand. The company clearly was not ready for prime time.

The aftershocks have extended well beyond the company, Iowa, and the Democratic Party.

The Democratic primaries will continue. But Shadow’s “affordable and easy-to-use tools” have probably seen their last election night.

Picture This! Extraordinary Movie Taglines That Show the Genius of Quality Copywriting

When in Doubt: Write What You Say