Who Gives a Crap? How One Plumbing NGO Is Using Bad Words to Do Good Things

An NGO doing important aid work used a vulgar hashtag to great effect. We show how this strategy worked—and how you can use it in your own campaigns. 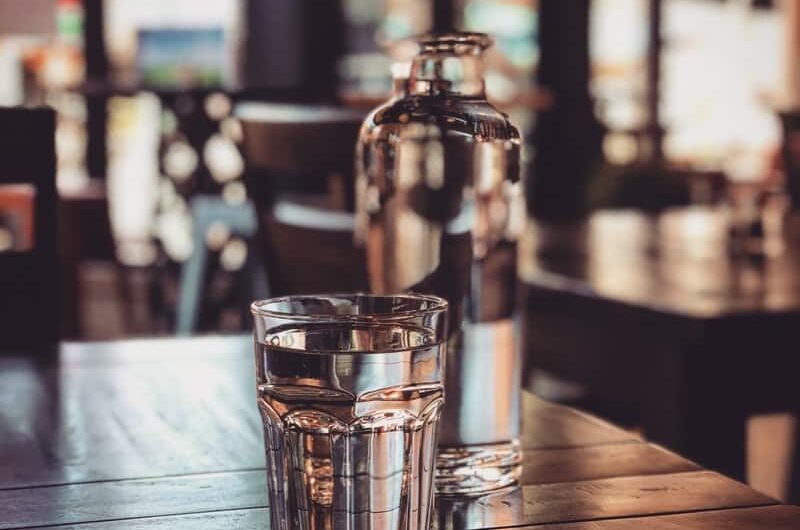 Learn how NGO content strategy can boost your brand.

WaterAid knows that to stand out, you have to venture into uncharted territory. Armed with a one-of-a-kind content strategy, this inventive NGO established itself as an industry leader in almost no time at all. Here’s what you can learn.

Most brands shy away from using expletives when communicating with consumers. But WaterAid doesn’t believe in such niceties. In fact, the non-governmental organization (NGO) made a name for itself by weaving not-so-decorous language and imagery right into the cloth of its content strategy.

Over two billion people around the world lack access to clean water or a toilet. In an attempt to remedy one of the world’s most pervasive humanitarian concerns, WaterAid leverages partnerships with brands and donors to provide relief to communities in over 34 countries. Since 1981, the not-for-profit NGO has brought clean water to 26.4 million people.

The results speak for themselves, but how does WaterAid engender such monumental support in a category that traditionally fails to connect with viewers? In this blog, we’re taking a deep dive into the NGO content strategy behind WaterAid’s uncouth but brilliant marketing efforts to show you what you can learn from these quick-witted philanthropists.

How Do They Do It?

WaterAid is no stranger to a playful marketing campaign. Let’s leave the hellscape that is 2020 behind for a moment and think back to 2015.

Notably, 2015 is the year that gifted us with NASA’s discovery of water on Mars and Lin-Manuel Miranda’s Hamilton—but there’s one more ticket item that will go down in history as the year’s defining feature: the poop emoji. The emoji arrived on iPhones in November of 2008 but actually began its story much earlier. Originally designed for the J-Phone in 1997, the world’s favorite emoticon didn’t hit the mainstream until Google adopted its own version for Gmail in 2008. Less friendly than the emoji we know and love today, Gmail’s rendition predated the iPhone adaptation by less than a year and was without a face—just a couple of flies buzzing around a steaming pile of poo (pretty weird thing to do, Google).

A few years later, the poop emoji was all anyone could talk, text, or think about. And in celebration of World Toilet Day 2015, WaterAid decided to leverage the emoji’s popularity by releasing an app that let users design their own custom poop emojis. The app was a hit in app stores and served as a well-timed awareness campaign, building up WaterAid’s audience in a fun way with some on-the-nose humor. Indeed, its #GiveAShit campaign, which urged supporters to “Share your poo,” was lauded by many in and outside of the advertising industry. It even won a Shorty Award.

More importantly, it worked. ”#GiveAShit” brought smiles to thousands of faces and brought toilets to many more thousands of homes. WaterAid’s intrepid content technique has helped them increase their annual revenue by over 200 percent since 2016.

It Doesn’t End There

The campaign, which brings viewers a 3D, immersive experience of the communities and faces that WaterAid supports, doesn’t rely on images of sad children or ask for donations upfront. A quote featured on one of the campaign’s graphics, for instance, introduces a young girl from Sierra Leon: “Nancy, 6, is always with her best friend Lucy ‘wreaking havoc’ (according to her dad!)” Check out a promo here.

In demonstrating that the communities that need our help are full of people no different than you or me, WaterAid makes the donation process human (and fun)—which results in more impactful messaging and, subsequently, more support from viewers.

It’s also important to point out that this isn’t a one-and-done strategy—it’s replicable. By marrying the brand’s ethos to the playful style and tone of its outreach strategy, WaterAid is distinguishing themselves from a crowd of advertisers who don’t often stray from the formulaic approach that advertising in the non-profit sector is known for. WaterAid’s messaging IS their brand.

What You Learn From WaterAid’s Messaging Strategy

WaterAid’s strategy isn’t just reproducible within the non-profit category. It’s also scalable in other industries. If campaigns for social good need not align with the traditional perception of their subject matter, companies in B2B or B2C spaces can drive impact with offbeat, high-spirited campaigns too, integrating a sense of fun into everything they do—and seducing audiences along the way. As proven by WaterAid, an unconventional NGO content strategy can breathe new life into your marketing efforts—when the angle is right, anyway.

By dissolving the boundaries that typically exist between the donors and the beneficiaries of international humanitarian aid, WaterAid reached new audiences and found more support than they ever thought possible—and you can too.

NGO content strategies that focus on building human connections are clearly powerful engines for action. All the same, it takes a bit of artistry to pull off branded copy that spares exactly zero choice words.

Luckily, crafting Human-to-Human copy (that gets results) has never been easier. Reach out to our team of expert copywriters today, and reinvent your NGO content strategy overnight!

The Role of a Cliché—in Copywriting (Hint: Don’t Judge a Book By Its Cover)

A New Kind of House Visit: The Future of Virtual Healthcare