Why Copywriters Might Be the Last Hope for the Endangered Apostrophe

As copywriters we understand the importance of precision and clarity—and punctuation is a key tool for that purpose. We offer an ode in praise of the oft-neglected apostrophe. 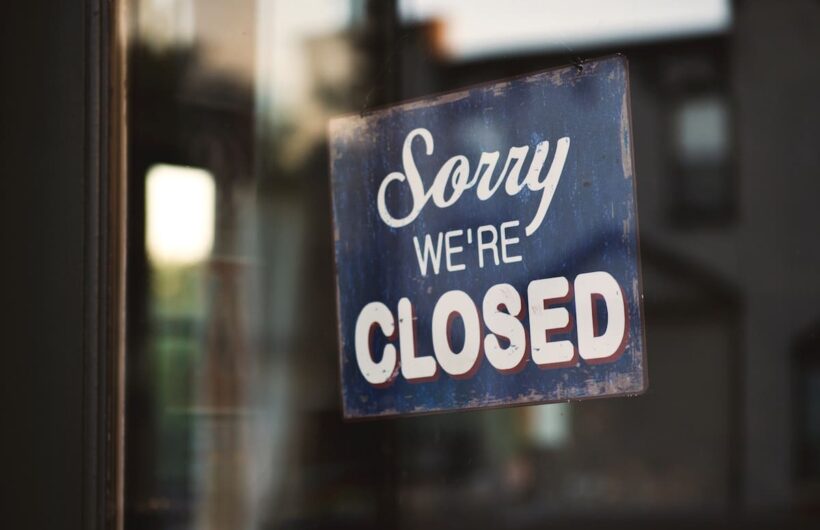 Based in New York, soon-to-be MarketSmiths staff writer Andrea Valentino has written for a range of publications including The Economist, The Telegraph, and the BBC. Here, he explores the resurrection of the endangered apostrophe.

A few weeks ago, after decades of battle, the Apostrophe Protection Society admitted impending defeat. Exhausted by the constant misuse of the punctuation mark in everything from storefronts to political placards, the organization announced it was closing shop. To quote founder John Richards, the society was ultimately ground down by the “ignorance and laziness” of modern times.

He might be right. According to one recent survey, nearly half of Britons struggle to use apostrophes correctly. But if Richards is abandoning his dream of grammatical perfection, copywriters, at least, will persist. After all, apostrophes have always been fundamental to both the grace and accessibility of marketing copy, turning even the most technical pitch into one that customers want to engage with.

Pedants we’re not. The main point of grammar is to make writing intelligible. This truth is amplified with apostrophes: use them inaccurately, and risk losing your audience to an unintended meaning. In a business like copywriting, where pithiness and accuracy go together like hot chocolate and a snug winter afternoon, this can quickly cause difficulties.

Suppose you’re writing copy for a company offering a new way of diagnosing cancer, and you’ve been tasked with explaining a new type of blood test. Now suppose you’re thinking of a path to reassure potential customers that this test is less pricey than any alternative. Now suppose you’ve forgotten all about the apostrophes you studied in middle school. So you boldly intone that “our patient’s finances don’t determine the quality of their care.”

Well, the phrase is fine as far as it goes. But it hardly inspires confidence. After all, it implies that this miraculous therapy has only managed to lure a single person to the clinic for treatment (patients’ is what you’re looking for).

Not that the problems of the misplaced apostrophe end there. Grammatical mistakes are bad enough in any corner of marketing, but in copy on such a serious topic, it’s disastrous. How can anyone possibly trust a firm to keep them safe if it can’t even bother with the basics?

This emphasis on tone is important in another way too. Whatever you might read from some copywriters—with their interminable focus on ‘benchmarks’ and ‘scalability’ and ‘synergies’—the best marketing keeps things simple. That’s true of most writing generally, come to think of it, but especially when you’re trying to convince someone to fork over hard-earned cash for a service.

In practice, the best way to do this is to write the way people actually talk. Condensing words is a natural part of language, as speakers gradually slide towards cutting out letters, both to save time and keep their mouths from unnecessary contortions. That’s where apostrophes come in. Why say “could not” when you could just go for “couldn’t”? Why say “should not” when “shouldn’t” works just as well? You save space and keep your readers from stumbling over words they’re not used to pronouncing.

Do it for the gram(mar)!

Even better, all this feeds into keeping your writing as light and airy as a bottle of Chablis with friends. If a potential customer glances at your website and is confronted with a wall of stodgy, formal text—all “could not” and “did not”—they’re unlikely to get very far. Imagine meeting someone who spoke like that at a party? On the other hand, using apostrophes can tug your audience down the page and gain their trust, making the actual act of marketing far simpler.

Now at this point some of those ‘synergy’ types are probably fretting that apostrophes look ugly, or unsophisticated. To that I’d give a few answers. First of all, who cares? Writing is to be read, not framed and hung up in a gallery. Second, this idea that dropping apostrophes somehow makes you seem clever only started because snobby writers convinced themselves it was true. The moment you think critically about what apostrophes actually do, you realize they’re just a grammatical tool like any other.

Finally, and perhaps most compellingly, apostrophes have enjoyed a place of honor in literature for far longer than copywriting has even existed. To put it another way, if apostrophes were good enough for Keats (“For summer has o’er-brimm’d their clammy cells”) or Shakespeare (“If I could find example of thousands that had struck anointed Kings And flourish’d after I’ld not do’t”) I think they’ll do fine gracing the website of an IT firm or management consultancy office.

So next time you’re faced with a new client, don’t be afraid to drop a letter and pick up an apostrophe. You’ll be continuing a splendid literary tradition and making your writing more approachable to boot. And who knows, maybe you’ll even teach your reader a thing or two about how these enigmatic punctuation marks actually work, carrying on the struggle for John Richards and the Apostrophe Protection Society without even realizing.

Suffering from grammar gremlins? At MarketSmiths, we know our commas from our colons—so contact us today.

Climbing Inside Your Head: Exploratories for Copywriting Services

Mind the Gap: How to Score Big Wins from a Content Gap Analysis