Commercial space travel has stepped out of science fiction into the real world. We explore how the effective copy of companies like SpaceX inspires audiences. 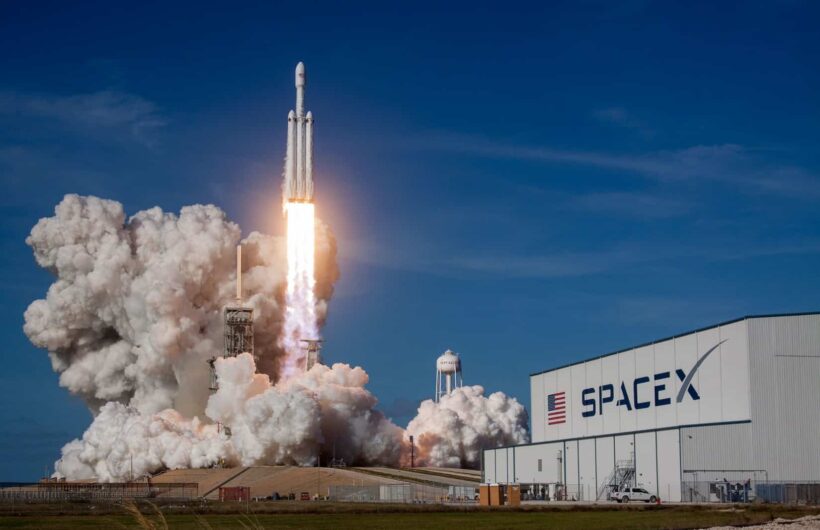 Imagine ascending 300 kilometers above the Earth, soaring over the snowy peaks of the Himalayas or the majestic pyramids of Giza, watching city lights glow across the globe or observing your hometown from a seat among the stars. The year is 2021—and you no longer have to imagine.  The commercial space flight industry is taking off, inspiring travelers and investors to reach for the stars with content strategy centered around aspiration.

While advancing revolutionary technology, marketing in commercial space revolves around a single question: what kind of future do you believe possible—and are you willing to step on board?

Language of possibility and perspective

“You want to wake up in the morning and think the future is going to be great—and that’s what being a spacefaring civilization is all about. It’s about believing in the future and thinking that the future will be better than the past. And I can’t think of anything more exciting than going out there and being among the stars.”

South African entrepreneur and founder of SpaceX, Elon Musk, describes a simple, starry-eyed sentiment regarding space exploration: hope for a better future. This promising future begins “among the stars.”

The copy is simple yet evocative—it acknowledges groundbreaking possibilities with romanticism and confidence. From “experiencing the blue planet from above,” “returning to our lunar neighbor,” and “making humanity multiplanetary,” the possibilities are as endless as the universe itself.

There’s no question that visiting the Moon or inhabiting Mars will happen—the only question is if you are coming along for the ride: “To start planning your journey, please contact us at sales@spacex.com.”

Competitors of SpaceX like Virgin Galactic, launched by Richard Branson, and Blue Origin, created by Jeff Bezos, are using similar tactics to inspire audiences towards a new future of space exploration.

Blue Origin’s tagline, “This seat will change how you see the world,” and Virgin Galactic’s mission to “make it possible to see our beautiful home planet from a new perspective” are slightly less bold than SpaceX’s tone, but equally invested in the language of possibility and perspective. It’s clear these tactics are lucrative too: UBS expects the broader space industry, which is already worth about $400 billion, will double to $805 billion by 2030.

Yet while all three companies fuel their campaigns with aspiration, Blue Origin and Virgin Galactic’s copy diverges slightly. Blue Origin, for its part, emphasizes that as humanity continues to grow, it’s essential that we expand, explore, and find new resources outside of Earth. On the other hand, Virgin Galactic specifically reinforces safety precautions and invites kids to “apply the space perspective to Earth’s greatest challenges” with interactive activities and learning opportunities at home.

These slightly different approaches reveal how companies in the field are differentiating themselves by exploring otherworldly resources to sustain human life—or educational opportunities for young minds.

While encouraging audiences to explore the possibilities of outer space, leaders in the commercial space flight field are also interested in using space to shorten earthbound trips too.

SpaceX, for example, proposes personalized flight paths: “Fly over your hometown, famous landmarks and other places meaningful to you,” to help you see who you are and where you came from at a new vantage point. This kind of aspirational marketing appeals to a personal sense of belonging, by giving audiences a greater sense of their place in a vast world.

Beyond personalized flight paths, the commercial space industry is on a mission to make long-distance international trips significantly faster. SpaceX describes this possibility in layman’s terms:

“In addition to vastly increased speed, one great benefit to traveling in space outside of Earth’s atmosphere is the lack of friction as well as turbulence and weather. Imagine most journeys taking less than 30 minutes with access to anywhere in the world in an hour or less.”

The language is accessible and energizing: imagine if traveling across the world only took thirty minutes. Not only is it aspirational, it’s on the way—a recent study by UBS reveals that in a decade, high speed travel via outer space will represent an annual market of at least $20 billion, and will compete with long-distance airline flights.

Picturing a luxury holiday in the Caribbean is easy. Writing about it is far harder. That’s exactly the challenge Nick and Nick Parker, owners of the Silver Moon catamaran fleet, faced before tapping MarketSmiths. Just as well they did: we soon brought their website to vivid life, helping readers touch and taste the treasures of Barbados all while sitting at their computers. By the time we were done, Nick and Nicky were thrilled with our work—and excited to welcome hundreds more holidaymakers to their corner of paradise.

The future of commercial space travel

The future of private, commercial space travel will likely have huge implications on the travel industry—especially for long-distance airlines. It will revolutionize how and why we travel—both across the world and out of this world.

And yet, the commercial space field is already exploding in the world of marketing, reminding us that aspiration sells—by encouraging broad audiences to expand their sense of what is possible and chase aspiration. This dynamic industry is here to stay, and only time will tell where they land next.

Ready to launch an out of this world marketing campaign? MarketSmiths can help your team take off! 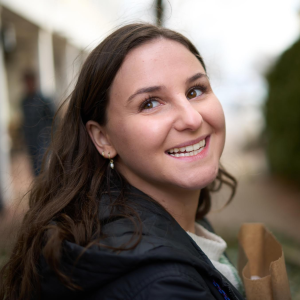 Affectionately nicknamed Lib by her friends and family, Olivia has always found a home in books and the places that safe keep them. You can often find Olivia browsing the fiction aisle at the nearest library, a cup of tea in hand. Her passion for language brought her to the Canary Islands last year, where she taught creative writing to elementary students.

How Carbon Counts Uplifts Its Players Through Mobile Gaming

What Pixar Teaches Us About Writing