One of the giants of third-wave emo discovered a genius strategy to pull in their audience. Here's how you can put the same principle in action, and get major returns from a minimalist message. 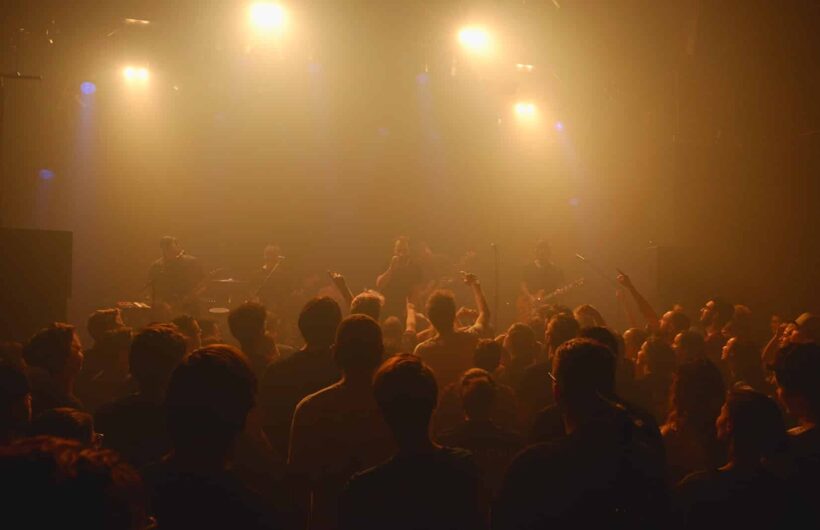 On October 31, 2019, My Chemical Romance did something crazy. They changed their profile picture. Okay…that doesn’t sound that crazy. But the group split up in early 2013, so updating their profile picture on Twitter was a bit of a shock—and it sent their fanbase into a frenzy.

With one cryptic move, their audience was hooked. Are they getting back together? Are they releasing a new album? It was anyone’s guess. When dates for a North American reunion tour went public a few hours later, everyone was watching. The tour sold out in less than six hours.

Selling out a stadium tour probably isn’t a KPI for your business. But there is something every marketer can learn from My Chemical Romance: when used correctly, a “teaser” or “pre-launch” campaign is one of the sharpest tools on every marketer’s tool belt.

So long and goodnight

My Chemical Romance emerged from suburban New Jersey’s hardcore scene—and quickly become a cultural centerpiece of early-aughts rock revival. Their histrionic, glam-rock showmanship and emo-inspired pop anthems struck a chord with young, disaffected audiences in every corner of the globe. Listening to MCR is kind of like getting run over by a car and waking up in hell—only to realize that all of your friends are there and the music rocks.

When the group disbanded in early 2013, they left a hole that hasn’t been filled since. For six years, aside from a re-release of the band’s third full-length album, there was nothing but radio silence. Yet all it took to recapture the attention of their fans was a single photo of a white candle on a flat, black background.

The anatomy of the “teaser” campaign

Using a “teaser” as a marketing tactic to generate buzz isn’t new (or exclusive) to the music industry. It’s a trend that we’ve seen used iteratively and relentlessly—because it works.

Just this year, for instance, My Bloody Valentine hinted at the release of a new album by posting a mysterious video on Instagram. “38 03” was the only message included—and that was enough to send fans reeling. The band’s career spans 38 years and two albums. Therefore, the numbers “38” and “03” were taken to mean that a third album was due this year. It was a perfect example of how to share just enough information to clue your audience in.

My Bloody Valentine took a 22-year hiatus between their second and third albums—and a nine-year break between their third and fourth. Yet, just like MCR, their audience was captivated by the simplest of marketing ploys.

Outside of music circles, teaser campaigns work well too. When you have a loyal fanbase, especially one that with an emotional connection to your brand, you can do a lot with very little. This year, for instance, Nike teased the new Air Max with a simple photo.

You can barely make out some of the shoe’s features, but it was more than enough to get the attention of Nike’s fans. The takeaway: minimal effort—and minimal investment—can pull your audience closer. The teaser is a quick, simple, and effective way to prime your audience or kick start a campaign. But what does it take to deliver a “teaser” campaign that works?

Consumers are used to being hit with calls to action. Inboxes are flooded with buttons that read “Sign up now!” or “Learn more.” Constantly bombarding your audience with offers, deals, and information is tiresome—for you and them. A teaser campaign gives your audience room to breathe. It’s relationship building, not sales.

Instead of tweeting out a link to buy tickets, My Chemical Romance changed their profile picture. Instead of creating a transaction, they created a conversation. So, when it came time to sell tickets, people were already invested.

Building a teaser campaign that gets your audience on their feet isn’t easy. MarketSmiths can help.