SafeAI is developing industrial vehicles that drive themselves—and they’re doing it with transparent messaging and trustworthy technology. Here’s how the company won over investors and industrial workers alike. 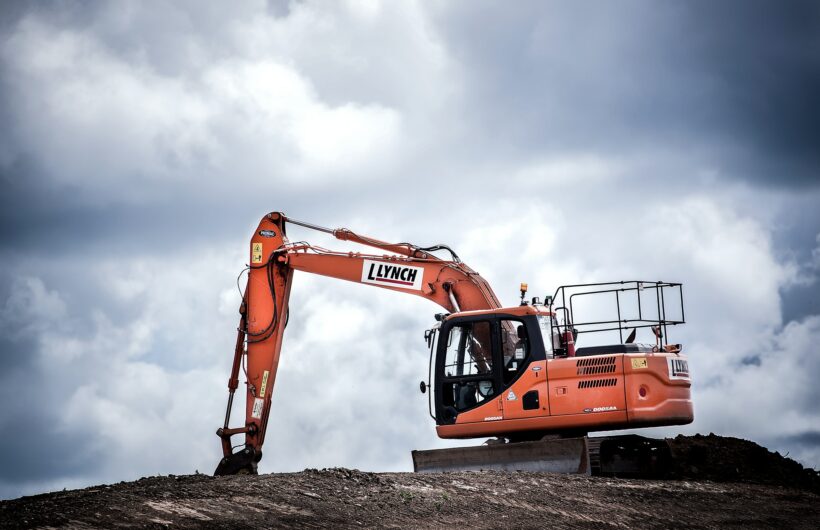 The autonomous industrial vehicle market is doing the heavy lifting when it comes to investing in, researching, and developing autonomous vehicles. SafeAI is at the helm of this development, and while the concept is somewhat new, they’ve been able to garner support from investors and members of the industry by advocating for the safety of workers and communicating the specific benefits of autonomous cars.

It’s a dense topic, often feeling like something out of The Jetsons or Back to the Future, but SafeAI has perfected the way it drives home its mission to supporters and skeptics alike.

Why focus on industrial vehicles?

SafeAI’s founder and CEO, Bibhrajit Halder, worked for Ford, Faraday Future, Apple, and Caterpillar before pursuing his own startup. He has a background in developing automated passenger cars, but he wanted to focus on an industry that would benefit and profit more from having autonomous vehicles.

Industrial vehicles can cost $1 million upon purchase, and the cost of labor and maintenance quickly increases that cost. People who are willing to pay for state-of-the-art vehicles like that are also willing to pay for more advanced technology, like automation, which is why this industry is especially promising.

First, industrial vehicles remain in one area while they’re in use to get a job done. That means that unexpected obstacles, like a dog running after a ball into the road or broken glass spread across the pavement, aren’t obstacles an automated vehicle would have to navigate its way around.

A leading platform for collaborating in-house to generate beautiful regulatory and shareholder-facing documents, Tangelo needed help building up its international audience—with clear, engaging copy that even non-experts could understand. MarketSmiths was soon on the case, quickly grasping Tangelo and its complex B2B product positioning. Our early website copy for the Dutch firm helped secure its first Australian client, while a recent LinkedIn campaign got the company around 40 leads. Combined that with quick turnarounds and it’s no wonder we’ve been so instrumental in getting Tangelo noticed in a crowded market.

Getting the green light from investors

There’s also a reason why SafeAI is a huge name in this effort right now, and that’s because they have several competitive advantages. They’ve just raised $21 million in a Series A round of venture funding led by Builders VC, a San Francisco-based firm that’s focused on the advancement of antiquated industries.

They’re also backed by Obayashi in Japan, Maca in Australia, and Vimson Group in India, among others. Builders VC’s general partner, Mark Blackwell, says Halder’s impressive background and the market’s readiness to embrace AVs contributed to his reasoning behind backing SafeAI.

In a CNBC article, Blackwell said, “The pain points are acute in mining. The industry represents 1% of the global workforce, but 8% of fatalities at work. When you run autonomously, you can operate more safely and reduce fuel, saving 7% per year per vehicle.”

This promise is what keeps him, and numerous other investors, in support of SafeAI. They’re prioritizing safety among everything else, which is the primary force behind the development of AVs used in mining and construction.

On the technical side, SafeAI is offering technology that its competitors simply aren’t offering. SafeAI’s hardware and software are designed to be interoperable with other OEM systems. The API’s are totally open and transparent, giving operators full insight into what’s happening at all times. The monitoring and security that’s built into this technology keeps everything in one place and gives workers a complete view of what’s happening on the tech side of things.

The advanced onboarding process is programmed to address multiple use cases, meaning it can handle obstacles should they occur. Autonomy 2.0 uses artificial intelligence to detect, classify, and track predictive algorithms so that trucks can take action when needed, further preventing mishaps and injury.

Even for people who aren’t techies, it’s easy to understand what SafeAI is aiming to do. It can be unsettling to think about some kind of software being responsible for a human’s safety inside of a vehicle. It’s even scarier when that vehicle is transporting hundreds of pounds of dirt, concrete, and other materials at the same time.

SafeAI is expanding on the best technology out there for automation to keep people safe, to get the job done, and to build a foundation for the AVs of the future. It’s easier to digest the idea of autonomous industrial vehicles when you put it that way.

Down to the nitty-gritty, but not too gritty

SafeAI speaks to the audience as if they’re colleagues, and in a way they kind of are. The technology and the vehicles SafeAI is able to create directly impacts people’s jobs in mining and construction. Without getting too jargony, SafeAI communicates with the audience exactly what it has to offer in terms of safety, cost-effectiveness, and environmental sustainability.

This is crucial because aside from investors, SafeAI needs support from the entire industry it’s attempting to improve. Without that, there’s no reason to do the work they’re doing. SafeAI manages to appeal to both investors and people within the industry to gain support, and it’s something other companies with the same goal should aim to achieve as well.

Investors that choose to back SafeAI are doing so because they believe in making these vehicles safer and more cost-effective. This company isn’t the only one who’s doing it, and the concept of AVs isn’t new, but SafeAI has put a refreshing spin on the future of cars.

Halder’s experience in the field, combined with lessons learned from previous developers and engineers, gives SafeAI an advantage. The company has won over investors and industrial workers by being transparent and trustworthy. Putting your life in the hands of artificial intelligence sounds dangerous, but putting your life in the hands of SafeAI sounds pretty, well, safe. It might be a while until autonomous industrial vehicles become the norm, but at the rate the company is going, we’ll be test-driving automatic forklifts and excavators in no time.

Looking for copy that steers audiences in your direction? Our team of driven copywriters are standing by ready to take on any challenge. Contact us today.

Does “Fake News” Impact Marketing? Here’s What You Need to Know

Interview With a Copywriter: Why Meeting With Stakeholders Leads to Better Copy