Space mining—extracting raw materials from asteroids and small planets—isn’t possible yet. But startups are already planning their marketing strategies for when the idea becomes a reality. Here’s how. 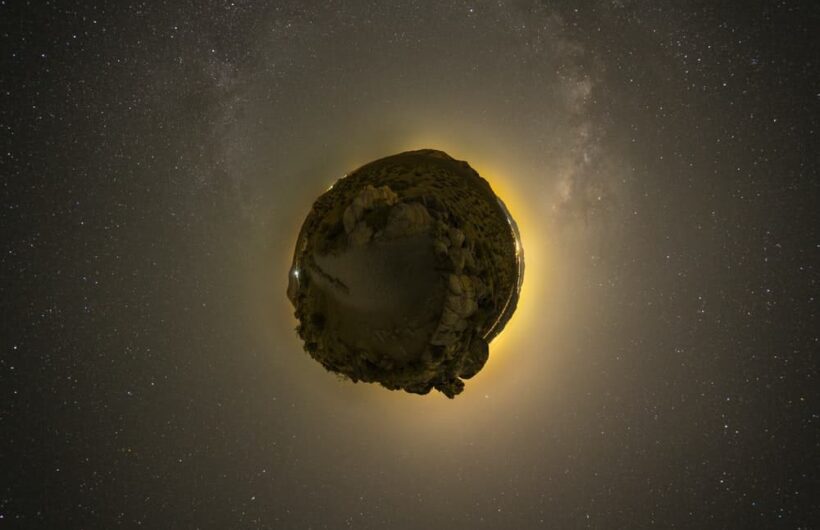 It seems like humans could be capable of space mining in the future—but the thought of doing it right now still seems so out of reach, like it’s something straight out of a sci-fi film.

All the same, the future is now—especially when it comes to space exploration. Companies have already started crafting their brand, strategizing their marketing campaigns, and attempting to make a name for themselves in this brand new industry.

With so much information still up in the air (no pun intended) these startups have to be even more strategic in the way they market themselves. In order to get investors and punters to support their efforts, they have to emphasize the positive impact their work will have going forward, and get people inspired by the idea of something that is still many years away.

What’s space mining, and why do we want to do it

Space mining is intended to extract raw materials from the surface of asteroids and other small planets. As humans continue to deplete the Earth of its most valuable natural resources, we have to look to other planets for help. The logic behind pursuing asteroid mining is that rather than completely run Earth dry of its resources, we could instead mine the same resources on asteroids—of which there are tons. In fact, the most recent research suggests there are around 25,000 asteroids located near the Earth.

Some metals will be mined in order to be transported and used on Earth, while others will be kept in outer space for when construction begins there. No one knows exactly when space mining will be possible, but some people believe it could begin as soon as 2022.

Humans, in short, have found themselves in another space race—but instead of just exploring the galaxy, we’re going to be interacting with it on a level that’s never been done before.

Much of the speculation and hesitation surrounding space mining, in other words, is a result of fear of the unknown—which is why these start-ups have to be extra careful with the information they put out and how they present it to the public.

Positive impact on earth and beyond

Some researchers estimate that many of Earth’s natural resources could be depleted in the next 60 years. Space mining therefore presents the opportunity for us to get those resources from elsewhere, while also salvaging what’s left of these materials on Earth. We also know for a fact that the most precious, rare metals will always be in demand, which makes these efforts doubly valuable.

The value of space mining for the future of exploration is also incredibly important. Currently, space explorations require us to bring resources like water to space with us. If we’re mining for these resources in space, and we find them, having a supply already in space will save money and manpower.

It’s important for space mining start-ups to include this information in their marketing to inform the audience about why they should invest in, or at the very least support, their space mining efforts.

Space Mining Technologies is one start-up that’s getting their messaging across well by explicitly stating their values and mission. They put trust and transparency at the center of their values, being completely open with interested individuals about what they’re trying to achieve and how they’re attempting to achieve it.

On the homepage, this company lists the projects they’re currently working on and visitors can click on these sections to find detailed information for each project. Right now, they’re focusing on in-situ resource utilization, space systems engineering, autonomous rover navigation, and the armstrong tool. Each of these sections discuss the intricacies of the project, showing visitors how they work and making a case for why each project is necessary.

Interested individuals can dive deeper into who the company is and what they stand for by checking out their about us section. Here, they describe how the company got started and how it’s evolved since its start. People can also read bios for each of the founders, which highlights their expertise and qualifications to be conducting this kind of work.

One of the most famous universities on earth, Stanford University was gearing up to start groundbreaking work on campus. But without a robust environmental health and safety website, progress was slow. Unfortunately, it’s existing copy was clunky, confusing, and hard to navigate. Not for long. After tapping MarketSmiths, we worked closely with both the university and a hired communications agency to put it right, revising hundreds of pages, from Working Safely with Rabbits to the Laser Safety Manual. After relaunching the website, Stanford was ready to start its expansion—and had a website to match its prestige.

Many of us grew up inspired hearing stories about when man first walked on the moon, or circled around our planet in a fragile metal capsule. Outer space represents life in the unknown—and the opportunity for discovery.

Evoking emotion as a marketing strategy works—think Sarah McLachlan’s ASPCA commercial. While space exploration may seem too advanced and technical for an emotional component, it’s actually perfect for it.

The human race has accomplished so much—and every victory comes with some kind of reward. Space mining start-ups use the idea of aspiration to inspire people to support their company’s mission and want to get involved.

Helios is a space mining start-up that is working to create technologies for extracting minerals from asteroids and other planets. Their website looks like something out of Star Wars and the detail included on their website is even more intriguing. They use the data and information they have to lay out their framework, which works for bringing on investors who can feel confident these experts know what they’re talking about.

Under the core technologies tab, visitors can find a complete layout of the technologies they’re developing and how they intend to use them for space mining. Their plan is divided into three phases, and each phase is outlined to show how they relate to each other and how each phase will lead to the extraction of resources.

On their homepage, they break down the mass percentages of various elements that can be found on Martian and Lunar surfaces. For example, Silicon makes up 14% of the Lunar surface while Calcium makes up 5%. Helios also includes a section noting which publications they’ve been featured in, which also adds to their credibility.

To get the average person interested, however, they got a little more creative by also creating this video. It includes a lot of information—but also puts things into perspective, so someone who is unaware of space mining in general can get an idea of what it is and why it’s important. Well-done graphics are paired with an inspirational script to get people excited about their work. This works to get people on the same page.

In the future, we can expect space mining marketing to include more detail. Testimonies from experts, statistics surrounding its effectiveness, and information surrounding what space mining is capable of providing us are likely to develop once this industry really gets off the ground (again, no pun intended).

Discovery, inspiration, and hope for all mankind are the foundation of what space mining means. That definition will continue to advance as the industry does itself.

Looking for copy that’s out of this world? The writers at MarketSmiths are ready for lift off. Contact us today.