No one does wit and sophistication like The Economist—and readers can’t get enough. Here’s how The Economist attracts and maintains its loyal audience with clever content and strong principles. 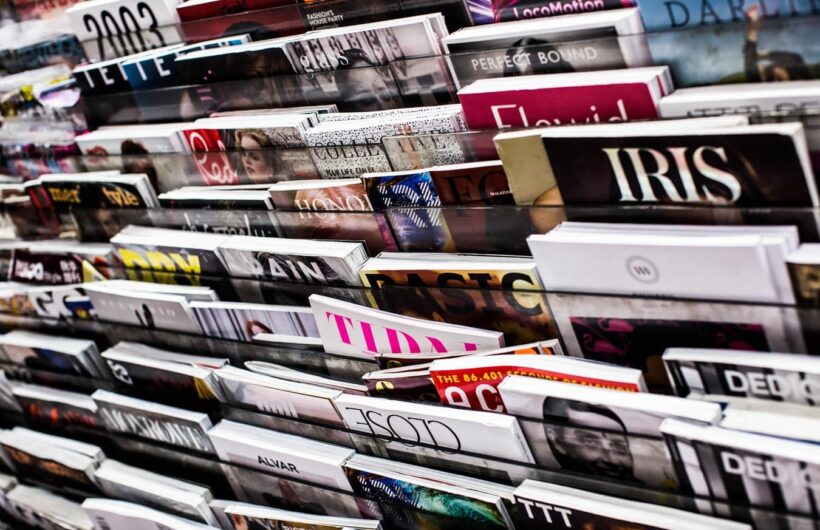 What’s the wittiest magazine on earth? Not the most informative, or the one with the best scoops—but the one that makes you sit back, smile, and think that is clever. If you’ve hung around English-language media, or kept an eye on magazine marketing, you’ll probably point to The Economist, the august current affairs publication that’s helped readers think for nearly 200 years.

Beyond excelling in news and analysis, The Economist has long led the media pack in a more surprising area: advertising. By exploiting its signature wit, the London magazine has built up a devoted and influential fanbase—offering lessons for magazine marketing pros everywhere .

I could Kissinger you

If you want to understand The Economist brand, start by clicking here. Described by one industry insider as the best advert of the last fifty years, it’s typical of the magazine as a whole: pithy, blunt, and perhaps a little haughty.

The most striking aspect of this iconic ad, however, isn’t that it was published—but that it’s been matched. Have a look at this, which cheekily claims that “99% of 1%ers are subscribers.” Or this, which calls The Economist a place “where guesses become educated.” Or this (my personal favorite), which implies the only way to talk cogently to (controversial) geopolitical titan Henry Kissinger is to read The Economist.

All these ads, all that wit, get to the core of what The Economist is—a sophisticated publication for sophisticated people. That last note is especially important. After all, the point of all these ads is ultimately to make the reader feel clever just by spending $7 on a magazine.

With a readership of 1.6 million, The Economist is doing a really good job—and there’s no reason your brand can’t achieve similar success. Whether you’re in the media or not, making your audience feel special is often a winning strategy.

One of the most famous universities on earth, Stanford University was gearing up to start groundbreaking work on campus. But without a robust environmental health and safety website, progress was slow. Unfortunately, it’s existing copy was clunky, confusing, and hard to navigate. Not for long. After tapping MarketSmiths, we worked closely with both the university and a hired communications agency to put it right, revising hundreds of pages, from Working Safely with Rabbits to the Laser Safety Manual. After relaunching the website, Stanford was ready to start its expansion—and had a website to match its prestige.

It’s one thing to attract readers by making them feel like members of an elite club, but how do you keep them? The Economist does it, in part, by emphasizing its values. In a world where media organizations are afraid of being accused of bias, or otherwise canceled, here we have a publication that attaches a bright Economist-red banner to its mast.

Click on the magazine’s website and you’ll see what I mean. Quoting its 1843 founder, The Economist  proclaims a mission of promoting “a severe contest between intelligence, which presses forward, and an unworthy, timid ignorance obstructing our progress.”

That hints at The Economist’s editorial stance. Rather than being ruined by wobbly self-doubt, like the BBC or the New York Times, this is  an old-fashioned liberal publication. To that end, The Economist consistently makes clear that it wants the government to keep out—of wallets and bedrooms alike.

Why does all this matter from a magazine marketing perspective? Well, unlike many other magazines—and also brands outside journalism—The Economist has a robust set of principles, one it sticks by whatever anyone thinks.

That really matters. If your audience knows what you stand for, they’re more likely to come back again and again. Just look at Ben and Jerry’s hippie progressivism, or Nike’s support of BLM, and imagine how a strong mission could boost your brand.

Broadening the horizons of your magazine marketing

Though it’s most famous as a magazine, The Economist has expanded its scope in recent years. There’s the ubiquitous podcast, of course, but there’s also MBA guidance, GMAT prep, economic forecasting, and more.

None of this detracts from The Economist’s main role as a magazine—or “newspaper,” as it calls itself. Rather, it buttresses it, centering the publication as an industry leader that executives and academics take seriously (and one that MBA applicants should read as well).

Even beyond the world of deadlines and scoops, there are media marketing lessons here for your brand. Look at how DoorDash offers broad advice on how to run a restaurant, or how Expedia supports travel agents struggling with lockdowns.

To put it another way, don’t be afraid to broaden your brand—just make sure that, like The Economist, you stay true to  your core mission too.

Want copy that could make even Secretaries of State sit up and take notice? The cleverclogs at MarketSmiths have got you covered—whatever your politics.

Killing Your Darlings and Cutting the Fluff: The Secret to the Art of Editing