How can a public radio station from the ‘70s stay relevant? Just ask NPR. NPR’s bold and constantly evolving marketing strategies pull in new listeners and allow the station to stand the test of time. 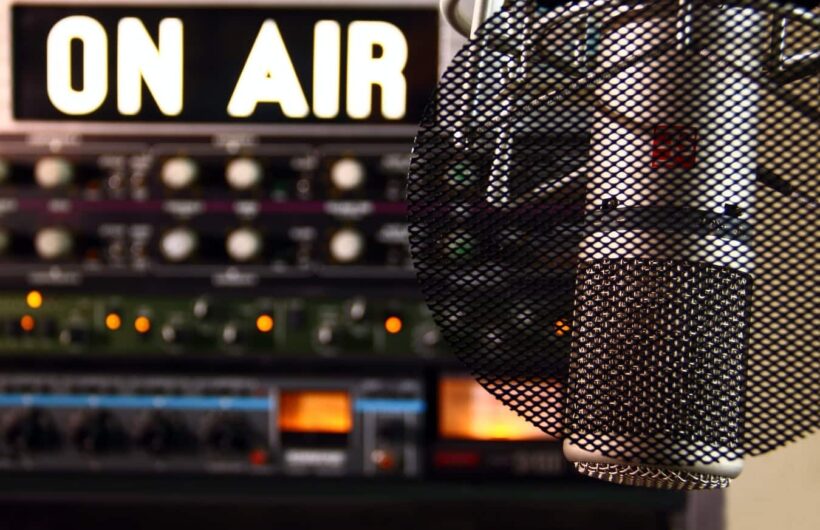 News makes the world go round. Despite how essential it is to maintaining a functioning society, it’s often criticized for being untrustworthy, biased, or dull. New outlets have a unique challenge of providing the general public with important information in a way that’s interesting, accurate, and relevant. For larger outlets, these media marketing challenges are even harder to overcome as they have to cater to a wider, more diverse audience.

With a weekly audience of more than 60 million listeners, NPR has attempted to maintain relevance on the local and national level since the 1970s. NPR’s wide reach makes marketing to new listeners difficult because they have to attract every type of audience. Through specially curated media marketing campaigns, repeatable advertising tactics, and a modern voice, NPR has made themselves accessible to everyone—which is something any business should strive for.

Inviting everyone to the table

As a national news station, NPR has to figure out how to market to local audiences from all over the country. NPR reaches 99 million people per month and one of its most popular programs is Morning Edition. Providing a mix of local, national, and international news, it’s a comprehensive news resource that can be listened to from your home, your car, the gym—pretty much anywhere.

NPR set out to add four new markets to Morning Edition, including Pittsburg, Phoenix, Salt Lake City, and Austin—so they launched a campaign. This multimedia campaign included videos, online banners, and outdoor banners in addition to social media engagement tailored to each of these markets.

They created a 30 second ad called “Fully Awake” and two 15 second ads called “Wake Up” and “Listen” which encouraged listeners to start their morning with the program. The “Fully Awake” campaign was created by MAL/FOR GOOD, an LA-based social impact ad agency dedicated to brands who want to make a difference. The ad asked listeners to join the conversation through social media by sharing what it means to be #FullyAwake.

NPR was created by baby boomers, for baby boomers, and has struggled to attract younger demographics. NPR listeners have aged with them, and it became evident that they would have to make greater attempts to gain a larger, younger audience. Hashtags are a popular tool among millennials and Gen Z, and they work like magic in the media marketing world. By helping spread the word faster and further, NPR’s use of the hashtag to promote their morning program in new markets allowed for wider outreach and more listeners.

Embracing your identity and running with it

NPR has been criticized in the past for not being “elitist”—and not accessible to everyone. Critics have remarked that NPR’s content and the experts they bring on their programs fit into the same box of elite and influential sources. This has alienated potential listeners and stopped NPR from expanding its listenership.

In recent years, therefore, NPR has made efforts to appeal to a diverse pool of listeners. They used a short, whitty, and easily for the greatest impact—X type of person listens to NPR. “Cattle-ranching fashionistas listen to NPR, “Tree-hugging industrialists listen to NPR,” and “Sweater-knitting linebackers listen to NPR” are a few examples of the ads they created. This showed listeners that NPR is truly a station for everyone, not just seemingly pretentious, hipster, news buffs.

Aware of their not-always-flattering reputation, NPR uses self-deprecating humor in their marketing campaigns too. The Chicago-area public radio station, WBEZ, ran an ad campaign encouraging listeners to “make more babies who will grow up to listen to public radio,” insinuating that only people who are told to listen, will listen. Self-awareness is key to adjusting your brand to be seen as more relatable. By acknowledging the way they’re perceived, NPR became more inviting to the average listener.

Part of becoming self aware is understanding what audiences you’re not reaching and why. In 2015, NPR set out to determine how to market to millennials, a huge listener demographic consisting of around 80 million people. They hosted a focus group in Southern California to ask millennials about advertising they hate and like, and which brands they think advertise well. While this feedback was related to advertising across several industries, as a news organization, it gave them general insight into what grabs millennials’ attention and what makes them want to keep coming back.

The news can be overwhelming, but it can also sometimes feel like it’s not worth listening to or not meant for certain groups. NPR’s repeatable media marketing campaigns consistently remind people that the news is for everyone.

It’s about what you say and how you say it

The general consensus of non-NPR listeners is that the radio host’s voices are monotone and unexciting—think the economics teacher from “Ferris Bueller’s Day Off.” NPR tries to get rid of that idea by using humor and relatable concepts, without coming off too strong. They’re happy with who they are and they’re proud of the work they do. The problem is they haven’t always appealed to everyone, but they’re not going to try too hard to force people to listen.

They’ve modernized their material to gain interests from a wider range of people. NPR’s Tiny Desk is hugely successful and is tailored to all kinds of music lovers. They utilize modern social media tools like IGTV and Tik Tok to reach younger audiences. Even the personalities who are connected to NPR, like Sidney Madden and Ira Glass, have strong social media presences which make them more relatable to listeners.

So what is there to learn from this non-profit media organization? In short, the art of finding the sweet spot between appealing to current audiences and prospective audiences. With a modern media marketing strategy and a contemporary voice, NPR solidifies itself as a news station anyone can listen to. Its ability to adjust to current times and pivot their brand to allow for greater reach is something that’s useful to marketers in any industry, not just journalism. Any organization attempting to expand can take a page out of NPR’s book.

Looking for all-inclusive copy that gets everyone listening? Our unique team of writers is ready to produce eye-opening content for all your copywriting needs.

4 Brands that Aced their Fourth of July Marketing Campaigns