When you encounter a playful and intriguing marketing campaign, you might not expect a pop musician to be behind it — unless that musician is John Mayer. We explore the twists and turns of the campaign promoting his new album. 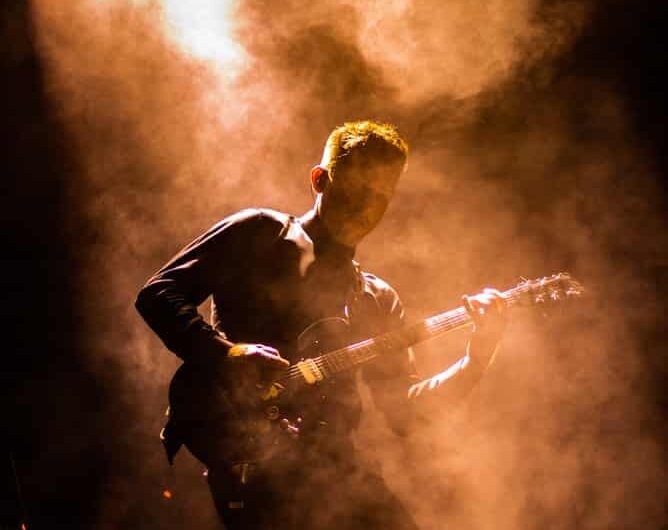 I was smiling before I even opened the email. “What is Sob Rock?” read the subject line. The sender was Grammy-winning singer-songwriter John Mayer. Having been a fan of John’s for years now, I knew his sense of humor and was immediately intrigued. Only Mayer, I thought, shaking my head with a mix of admiration and disbelief.

The email directed me to a landing page that was designed to look like a direct mail ad straight out of a Rolling Stone magazine from 1982, complete with a mock dotted-line cut-out section for filling out your personal details. “Sob Rock is coming soon,” it said at the top of the form. “We can’t tell you whose album it is yet, but sign up below to learn more as it’s announced.”

More questions, more intrigue. “Is it a John Mayer album?” I wondered. “Someone else’s? Maybe an artist he’s developing? What’s it all about?” I filled out the form immediately. Again, I was smiling.

Two clicks in, and already I was being taken on a great ride. That’s what a well-crafted marketing experience should feel like. You sense you’re in good hands. Like you’re headed somewhere exciting and new. You don’t have all the answers, but you have a strong positive feeling—and you can’t wait to know what comes next.

The email effort was mirrored elsewhere. “It’s time to love an album again,” proclaimed an equally 80s-looking print ad headline that ran the same week in Billboard magazine, which John also posted on his Instagram story. Like all great marketing, this message speaks of change, daring us to overthrow the status quo.

A few days later, Mayer began teasing bits of music on his socials, and the sound continued to build the story. Vintage keyboards blared. Stratocasters shredded. Snare drums echoed. The vibe was pure throwback, which only served to strengthen the appeal of the whole effort. Our brains love congruence, and the music Mayer was teasing sounded like his text read and his design looked. The new album was indeed his, it would be called Sob Rock, and it was all adding up to something great.

The first single dropped the next week. Listening to “Last Train Home,” I found myself smiling in the same way I had each time I’d encountered a piece of the promotion puzzle. In a way, I almost felt like I was hearing the marketing as much as the music. And the song’s over-the-top retro video only cemented that feeling. The positioning and the product were one, merging to elevate the total experience.

Later, I saw another Instagram promo in the style of an 80s print ad with Mayer in a denim jacket, collar popped, delivering a smoldering look to the camera. “New Music, Done the Old Way,” read the headline. The theme returned. And so did the smile.

The Austrian Tourist Board (ATO) was planning to launch a major campaign across New York City—aimed at promoting the country’s delicious wines. But before the ATO could get started, it needed help with copy, including a 12-page brochure, a postcard, an insert, and more. With just one month to drum up publicity, MarketSmiths had to work fast, partnering with MST Creative, a restaurant PR firm, to spread the word on Austria’s many tipples. Our successes speak for themselves: 14 New York restaurants featured Austrian Wine Month, while the event quickly appeared in Zagat, Time Out, and Village Voice, to name just a few.

In the days that followed, I found myself listening to “Last Train Home” over and over. Is that because it’s a great song? Maybe. But I think it’s also because the song unlocks the emotional connection Mayer created with his campaign—his own unique blend of humor, creativity, and audacity. In a word: his brand. That’s the feeling I keep wanting to experience again and again.

The marketing lessons here are timeless:

1) Have a single theme or message. For John Mayer, it was simultaneously celebrating and poking fun at the music and culture of the 1980s.

2) Tease your audience. Make it fun. So many artists just drop a single or an album without truly crafting an experience. Mayer brought us on a journey.

3) Promise a better reality—and deliver it. He said it was time to love an album again, and the quality and spirit of the music backed that up.

When I was first getting started as a copywriter, I read that creative director Bill Bernbach said great advertising becomes a benefit of the product itself. Listening to the new John Mayer new single on repeat this week, I think I finally understand what he meant.

If you’d like help crafting a story or experience that makes people fall in love with your brand, reach out to the copywriters and content strategists at MarketSmiths today.